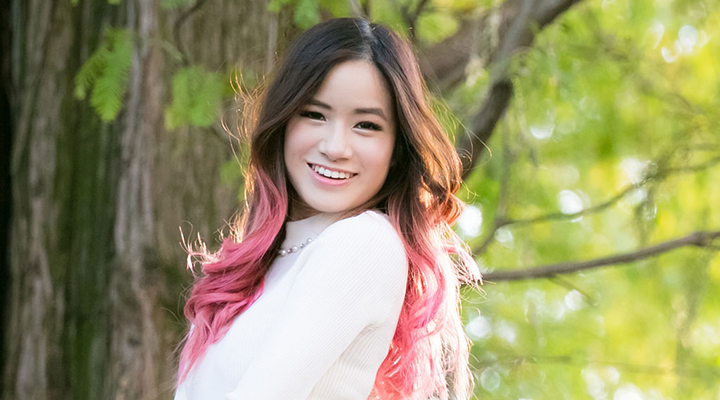 As the founder of the Kim Dao Blog and the host of a popular YouTube channel, Kim Dao is able to reach a sizable audience interested in her insights and opinions regarding a wide range of topics, especially those associated with international travel, fashion, and makeup. Following her first experience visiting Japan in 2011, Ms. Dao was inspired to document her journey and created the blog she continues to maintain today, ultimately expanding the site’s subject matter to include several other areas of expertise.

As the Kim Dao Blog continued to attract more and more readers, Ms. Dao began exploring other avenues through which she could further connect with a rapidly expanding audience base. As a result of her burgeoning popularity, Ms. Dao added a YouTube channel and became increasingly active on a number of social media platforms, including Instagram, Facebook, Twitter, Twitch, Snapchat, and Pinterest, among many others.

Since founding her blog and expanding her social media presence, Ms. Dao has had countless opportunities to work with brands that include Amore Pacific, Etude House, Shu Umera, Liz Lisa, and Schwarzkopf, just to name a few. Ms. Dao has also made quite a few television appearances in Japan and has been featured in print and digital media publications in Australia. The graduate of the University of Western Australia now lives in Japan, and although she is not certain regarding what the future may hold, she has stated that she intends to eventually return to Western Australia to settle down.

When I first started, I had no intention of the Kim Dao Blog expanding into a profitable business. I was inspired to continue working on the blog and to also create additional platforms by my friends and family members. After reading the blog, they all believed it had the potential to become something a bit larger.

Each platform generates revenue differently, and I am fortunate that each platform has created new opportunities to work with major brands in the fashion, makeup, and travel industry.

It’s hard to say; I didn’t set out to generate profits when I first started the blog, but once I recognized the opportunity it was only a few months before the blog was truly profitable.

No, not at all. Since it was only after I saw how well the site was performing that I even considered pursuing a business opportunity, there was plenty of evidence that the concept would work.

I’ve always been active on social media, so I just started sharing links to my blog posts and videos on Twitter and Snapchat. That drew a lot of interest and really made it possible for further expansion.

I’ve always genuinely enjoyed interacting with people whether it is in person or through a social media platform. That has allowed me to really connect with my followers, and I believe that is a major reason why I’ve been so successful.

Balancing my travel schedule is tough, and I have to make a lot of sacrifices in my personal relationships with friends and family to be able to travel as often as I do.

I’ve always been outgoing and really enjoy getting to know people on a personal level, so I think that has made it easy for me to connect with those who watch my videos or follow me on social media.

My most satisfying moment would have to be the first time a major brand contacted me about working with them. I had not pursued the opportunity in the slightest, so I quickly realized that the executive who contacted me must have watched one of my videos and thought “this is someone we have to work with.”

I’m excited about the endless possibilities that exist for the business, and I believe that my audience will play a major role in guiding what comes next.

It has been some time since I last read it, but I deeply value the lessons learned from “Bushido: The Soul of Japan.”

Since I’m always tinkering with new ideas for my videos, I recently invested in new digital editing software as well as new equipment. The production quality has really improved as a result.

What is the most difficult part about living in Japan?

Making the move to Japan from Australia was difficult, but I was prepared for the transition and understood the many nuances associated with Japanese culture. The most difficult aspect is being away from all my loved ones back home in Western Australia, but we visit each other and talk via Skype as often as possible.