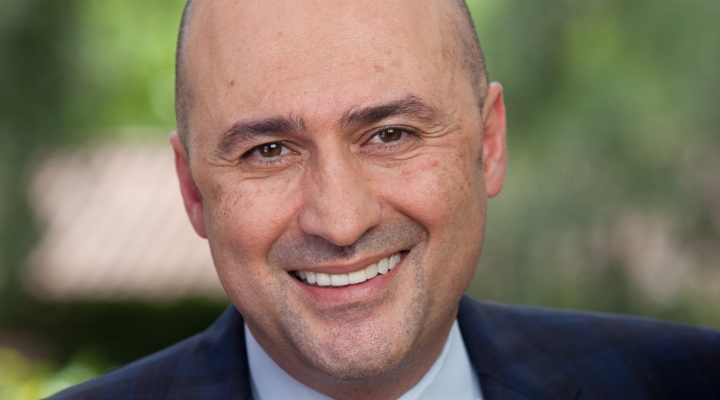 Keyvan Samini is a co-founder and Chief Executive Officer of Pitchtime. The company has developed technology for use by businesses allowing for more robust communication and interaction with customers and clients.  This includes turnkey digital marketing strategies involving data analytics, as well as simulcast digital content delivery to multiple platforms.  New features are in development in the company’s roadmap.  This company has an eye for ongoing development and expects exciting progress in the years ahead.

Kevin began his career as an attorney and transitioned to leadership roles as an executive and board member in various companies. He has served in executive roles over the last 15 years, including Chief Executive Officer, Chief Operating Officer, Chief Financial Officer, Chief Strategy Officer, President and Executive Vice-President.  Throughout his career, Keyvan has traveled extensively in Asia and Europe to negotiate joint ventures and strategic partnerships.  Whether it involves introducing new products or expanding a company’s global footprint, his growth strategy has typically involved establishing goals after determining product market fit, setting milestones for product development and engagement of joint ventures or partnerships, and making certain that teams are held accountable in reaching the milestones on time.  He has found this overarching strategy to be the basis of success in his companies.

Before Pitchtime, Kevin Samini was an executive and director at RFaxis, a company that developed disruptive semiconductor technology.  At various times Kevin served as Chief Operating Officer, Chief Strategy Officer and Chief Financial Officer of RFaxis.  He also helped to lead Morfis Semiconductor and RFX Holding, both of which were companies engaged in manufacturing as well as development of wireless hardware and software technology. All of Kevin Samini’s experience within the technology and manufacturing industry has provided him with the foresight to anticipate new market trends.

My co-founder and I saw a gap in the capability of companies to effectively communicate with customers.  This inability to communicate was resulting in los revenue.  Companies were leaving money on the table because they could not effectively connect with their customers.  I believed that the failure to capture this untapped revenue was actually leading to destruction of shareholder wealth.  We decided to create a product that would fill that gap and create value for companies using the technology.

How does the company expect to make money?

Customers will pay us a recurring license fee to use our application.  Pitchtime is a SaaS based company, which stands for “software as a service.” In the SaaS model, businesses pay a monthly, quarterly or annual fee for the right to use the application.  You see this model now in many industries, and I am certain you are using SaaS based products now.  Two SaaS examples are monthly subscriptions to iTunes and to online newspapers.

How long did it take for you to develop your technology?

It has taken about three years.  Product development takes time, lots of time.  There is a great deal of testing, experimenting, and testing again.  It‘s very important to understand that product development is an ongoing exercise.  It never really stops.  If you stop developing and innovating, you become obsolete.

How did you get your first user?

In a way I supposed you could say that we paid our first user to use our application.  We approached the first user and offered the company the opportunity to use the product for free.  In exchange, we asked them to provide us with feedback to help product development.  Getting user feedback is critical because it helps you to properly position the technology for market entry.

It has been deciding whether to reposition the company. By that, I mean deciding if we should slow down the development of our existing technology to allocate limited resources to the development of technologies which may or may not be profitable in the near future.  I made that decision, and as a result terminated several individuals, which is never easy.

Without question, it has been perseverance.  It has helped me to overcome business hurdles and get back up when there is a failure.  Failure should never stop progress.  In fact, it has been said that the road to failure is nearly the same as the road to success.

I would say it has been when we first launched a wireless product which did not exist in the marketplace.  Once it was launched, our first business customer told us that they never had thought about their need for such a product, until they used it.  They told us they did not know how they had operated without it.  Those moments are when you know that you are part of radical innovation.

I’m optimistic about the company developing new technologies and improving on existing features. What excites me is that I can identify success regardless of industry. I am looking forward to new ventures, no matter what the industry.

Tribal Leadership by Dave Logan. He was one of my professors at business school at USC. Two other books that I would say are inspiring are The Empathic Civilization by Jeremy Rifkin, and The Best and the Brightest, by David Halberstam.

What would you suggest for anyone trying to grow their business?

It is always important to look for to new opportunities. Sometimes you have to look very hard to find these opportunities and sometimes they are right in front of you.  These opportunities have to be leveraged to grow business.  For example, entering into a strategic partnership to expand the global footprint of your company by selling products in other states and countries is essential to growth because it taps an existing market with opportunity for immediate revenue.  Expanding into new areas of product development or sales that are not in alignment within your core business model can also provide a company with rapid growth, but these opportunities have to be approached with greater caution because failure to execute the expansion properly will destroy value for your shareholders.