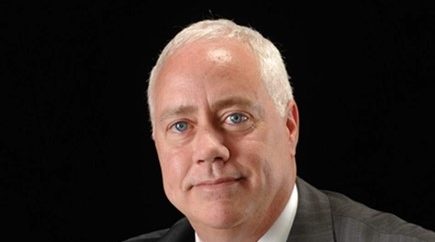 Ken Hurley is an Executive Consultant specializing in HR and Labor Relations. After graduating from law school at the top-ranked Washington University School of Law in St. Louis, Missouri, Ken worked in a San Francisco law firm specializing in labor and employment law servicing the construction industry. In 1996, Ken joined Kindred Healthcare, Inc, a publicly-traded long-term healthcare provider with over 50,000 employees, as its Regional Labor Relations Counsel for the Western Region of the United States. Ken was soon promoted to Nationwide Director of Labor and Employee Relations for Kindred before moving to Penske Truck Leasing Co., L.P., a joint-venture global transportation services provider with over 20,000 employees in over 1000 locations across North America, South America, and Europe. At Penske, Ken was initially its Vice-President of Labor Relations, overseeing the global negotiation and management of over 140 collective bargaining agreements. After transforming the labor relations function in three years, Ken was promoted to Sr. Vice-President, Human Resources, leading the HR function globally for Penske. In his seven years as SVP of HR for Penske, Ken transformed the HR function from a “personnel department” focused on compliance and control to a robust, business-enabling HR function focused on improving talent and driving revenue and margin improvements. This included transforming the recruiting and talent function, launching a shared services center and a Human Capital Analytics function, and developing an Executive Development program with the Wharton Business School to develop improved “outside-in” thinking of the highest executives in the company.

In 2014, Ken left Penske and joined the American National Red Cross. He led a struggling non-profit to rebuild its tattered union relationships and negotiate its first-ever national collective bargaining agreement with a coalition of 8 different unions nationwide. Through this national coalition agreement, the Red Cross could streamline and simplify its operations, implement Workday, and provide improved healthcare at a lower cost for its employees.

In 2017, Ken left the Red Cross and joined Kellogg’s as its Vice-President, HR and Labor Relations for its North American Supply Chain operations. In his five years with Kellogg, Ken consolidated the HR and Labor roles into one, transformed the labor function into one focused on enabling business growth, re-vamped its talent processes to improve cross-functional development of the supply chain workforce, and led the Supply Chain’s efforts through the Covid pandemic, the workforce/supply chain issues that followed, and two nationwide Master Contract negotiations with its cereal unions – one of which led to a 12-week nationwide strike in 2021 that was settled in December of that year.

After leaving Kellogg in May 2022, Ken took some well-deserved time off before laying the foundation of his consulting business, Hurley Consulting, LLC, which he intends to launch before the end of the year.

Before I went to law school, I had lunch with a friend of my oldest brother, a labor lawyer in St. Louis. He explained what he did, and it struck a chord in me. As the 5th of 7 kids, I was the “mediator” of the family, so it was natural for me to evolve into labor relations. Then over time, I realized that good labor relation was more about positive employee relations – and that union or not, companies needed to work harder to positively engage their workforces and do more to make them feel cared for and appreciated. That’s how I evolved into Human Resources. Then, once I got into leadership roles, I got tremendously excited about leading cross-functional teams of disparate personalities toward lofty, common goals. The bigger the challenge, the more exciting it was – and the greatest feeling was seeing people achieve things they never thought they could, only because they didn’t think big enough.

Put simply, I am paid for the value I deliver. My career has never been about making more money or getting to the next role. I’ve always believed in three principles throughout my career: 1) look for opportunities or “gaps” and fill those gaps with ideas and strategies, and offer to deliver them; 2) do your job exceptionally well, and you don’t need to worry about the next role or more money; 3) be honest, authentic and stand for something – don’t be a corporate chameleon.

I haven’t launched my consulting business yet, so not sure this applies.

No, I really didn’t. I’ve always believed that I could figure things out – so long as I could convince others to help – and build teams toward common ends.

This doesn’t apply to me.

This doesn’t apply to me.

I decided to leave Kellogg’s after a highly successful five years, despite there being much more work that needed to be done. However, after 37 years, it was time for me to take a break and figure out what I wanted to do next. I wanted to spend more time doing things that I felt were important and value-added rather than doing what others felt was most important.

I think it’s a few things. I embrace challenges that no one else wants because they’re considered too “risky;” I always believe there’s a way to accomplish goals – with the proper focus, work ethic, and teamwork. To that end, I try my best to stay open-minded, creative, and relentless in pursuing those goals. As a leader, it’s also important to not take yourself too seriously, have a sense of humor, and make the trip enjoyable for everyone on it with you.

There are many, but I’d say negotiating the first-ever national collective bargaining agreement for the American Red Cross, with a coalition of 8 different national unions, was my most satisfying moment to date. First, negotiating a single agreement to replace over 70 local contracts with eight different unions had never been done before. It was wildly complex from a legal, political, and logistical perspective. Second, it was a massive TEAM effort. Third, it was for the benefit of an incredibly important, iconic national institution and its hard-working employees. They collect and deliver blood daily to our hospitals and clinics around the country. And we got it done in less than six months!

I am most excited about being able to pick and choose what I want to do next – just looking for the next challenge.

I enjoy reading biographies of the biggest luminaries of our times, such as Steve Jobs, Elon Musk, and others, to understand how they accomplished all they did and what makes them tick. More recently, I thoroughly enjoyed Dan Coyle’s book, the Culture Code, which I think every HR professional should read, along with the Daniel Pink books, which I think are fantastic.

I would tell myself to be less patient. Too often, bureaucratic red tape and individual corporate (or union) agendas slow down or defeat efforts to accomplish extremely worthy goals. You must be relentless in communicating to all stakeholders what’s in it for them and be agile enough to address and incorporate their concerns along the way. I feel this is one of my most significant strengths, but I also think that I’ve been too patient at times in allowing agendas to dictate versus what is substantively the right thing to do for the organization and the people in it.

Absolutely, I have mentored, challenged, and developed many people over the course of my career who are running the HR and labor functions of large companies today. It is truly the most enjoyable part of being a leader.