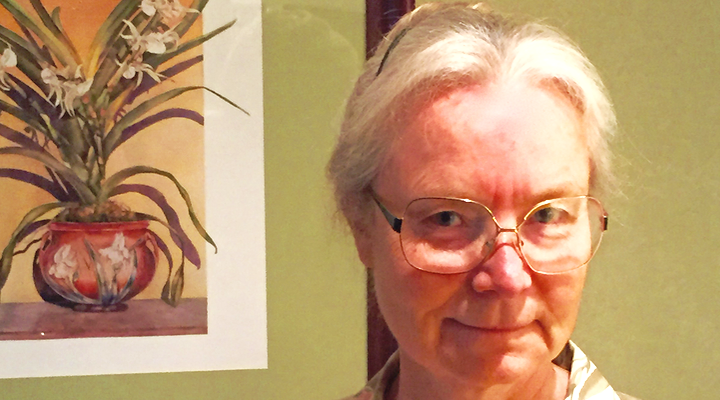 A teacher and organizer at heart, daughter of a German immigrant, and the product of entrepreneurial generations, it is only logical that Dr. Karin Fallon would open the Beverly Hills Lingual Institute. Her love of teaching and organizing came early as shown by ASB secretary, cadet teacher and President of the Teaching Association.

At the university level she majored in International Relations and Education. Later she obtained her Administrative Credential and Ph.D. in Education Administration. While her husband was in Business School at Wharton, she ran a language school in Philadelphia taking it from the red into a very profitable business.

After moving to Los Angeles and checking the market for top quality language schools it became quite apparent to Karin that a business opportunity existed in LA County. Beverly Hills was a safe, attractive, central location in which to open a school for adult professionals. The ominous and expensive task of obtaining a permit to open a school in Beverly Hills was started and completed.

Almost 20 years later, the early days of the school are remembered fondly and the rise of 25 students to 1,300 students in 11 years is celebrated, as well as the fall of enrollment since the recession lamented. The Lingual Institute recently moved to avoid a 30% rent increase by its former landlord, the City of Beverly Hills, and this has been hard on the school.

The Lingual Institute is now in a beautiful new location, again on Wilshire. Karin says they started at 9601 Wilshire, moved to 439 N. Canon, and now are at 8383 Wilshire – Wilshire is a great address, the students can’t get lost now!

I ran a language school in Philadelphia while Jim was in graduate school at Wharton and had so much fun and success that I wanted to start one of my own. When we looked at the schools in LA County we saw that there were about 100 language schools. For a while we decided that the market was saturated but after living here a while we noticed that many of the schools were English only even though they had names like International Language School etc… Also we noticed that quality was missing; inferior texts were often used, schools were not clean, teachers weren’t paid well, and foreign languages were actually not being systematically scheduled and taught. There was definitely room in the market for a top quality school.

We make money from the student’s tuition. We also sell textbooks but keep the price at cost as a courtesy to the students. No government funding is coming to the school; everything is funded by the students’ tuition. We have a very hard working administration staff and keep costs down by having the current students register early. When current students register early the administrators can spend time with new students later in the term without hiring more administrative help. Most students understand the correlation and appreciate the low cost tuition.

We started with 25 students and 25 teachers. I was working for free and Jim was working in the corporate world and the business was a tax-write-off. After about two years we quit losing money, although it was another year before I would consider us actually profitable and making more than I would in a normal teaching position.

I just worried a lot and responded by putting out more pamphlets. Our first term was so small that we started a second term in the middle of the first term to get more classes started. We haven’t had to do that again. My doctor recommended shoulder massages….I was tempted!

We put pamphlets out all over LA and mailed pamphlets to a few thousand Beverly Hills Residents.

I believe the thing that has worked throughout the years is the brightly colored schedules that we put all over LA. Pamphlets are still an important aspect of our marketing, but now the dominate form of advertising is Google adwords and natural search results.

To determine what kind of marketing will would work best in this new world of cyberspace marketing.

Our quality. We would rather suffer remarks about the cost of using the best texts then waste customers time without the materials that will aid their success in learning. We would rather pay a healthy rent then be located in an inferior building with no parking and no safety at night. We would rather get the best teachers and pay them a little more even though we have to charge more than tax funded schools. We would rather suffer clients grumbling about signing up early than raising their tuition and having more administrators and fewer students. We would rather have small classes that facilitate lots of student interaction than sacrifice quality by allowing bigger classes which foster more listening and less interaction, although the profit would be considerably more!

When the adult professionals run to the restroom and then run back to class so they don’t miss anything. When the students and teachers bond and you can see they are having a wonderful time practicing their skills and they come back year after year. This is a great business and we have some wonderful clients that really enjoy doing something that helps them improve. Some of our clients have been taking classes over 15 years!

The world is getting smaller. We all love to travel and we get so much more out of life if we can speak another language. We are looking forward to the economy improving and we would like to get back to our 1,300 students per term…at least that number!

Recently, we have embraced the concept of interns as a method of helping other learn more about the business and what does and does not work in the world of language teaching. We have had 1 German intern each summer for the past two summers. They have been charming and helpful and hopefully they have learned a few things during their summers here.

What do you say to those that claim they can teach a language without a classroom, teacher, or textbooks?

Language learning takes commitment, discipline, structure and feedback. Trying to learn in a self-study approach may work for the very motivated, but most of us need some structure; a system that facilitates the learning, is fun, and has the influence of an expert who knows the language and can explain why and how.

The brain can only develop the skills by learning when to say what and how to make the sentence structure align so that it resembles a language and not a series of pre-learned phrases that only work as lines in some pre-staged play. You are not learning lines for a movie, you are learning to speak and understand a dynamic language that works in fluid situations that make up life.