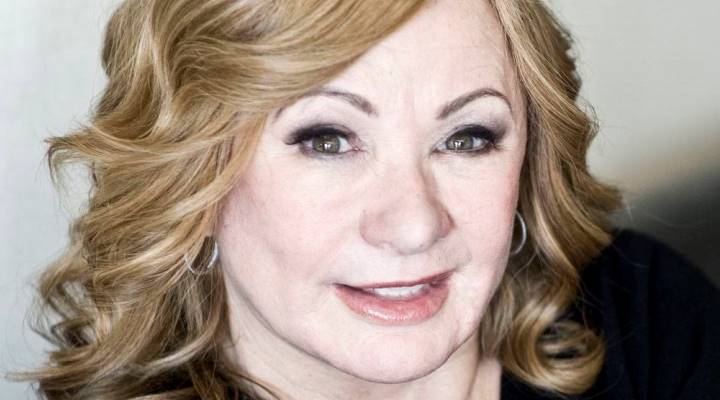 Over four decades ago, Karen and her husband, Rav Berg, set out to make Kabbalah understandable and relevant to all people. Their goal was to teach the spiritual wisdom and tools of Kabbalah, without exclusion. They believed that learning Kabbalah could help people make their lives better, and by doing so the world would benefit.

Under their leadership, The Kabbalah Centre has grown from a single location into one of the world’s leading sources of spiritual wisdom, with more than 40 Centres around the globe. The Kabbalah Centre provides instruction and community to tens of thousands of students through books, classes, one-on-one learning, spiritual trips, and spiritual connections online and at physical brick and mortar locations.

As the spiritual director of The Kabbalah Centre, Karen Berg is devoted to an enduring vision— within each person is a spark of God that can be bound together to create transcendence beyond all differences.

Karen is certain that peace is possible and foresees a world free of hatred and intolerance. She works untiringly to cultivate a new paradigm of Global Spirituality through which people from diverse beliefs and no beliefs at all can work together to bring the world to a better place through mutual respect, dignity, and love for humanity.

Following Rav Berg’s passing in 2013, Karen continues to passionately lead and nurture the Kabbalah Centres around the world. She has expanded her efforts to bring peace to the world through spiritual unity and travels extensively. Karen meets with people daily, both personally and online, serving a worldwide community of more than 300,000 souls.

Karen has four children, sixteen grandchildren, and considers everywhere there is a Kabbalah Centre her home.

I have to credit the work of my husband, Rav Philip Berg for helping to get The Kabbalah Centre started. Philip had been working with a number of Jewish religious leaders who were hoping to open up the mysteries of the ancient teachings of Kabbalah to the general public; you must remember the history of Judaism had limited the study of Kabbalah to males over the age of 40. I met Philip in the 1960s and was inspired by his belief in Kabbalah that opened my own eyes to this amazing form of ancient mysticism to get on board with founding and running the early version of The Kabbalah Centre.

You must remember The Kabbalah Centre is a not for profit organization that accepts donations from members and engages in a large amount of charitable work. The money we make comes from the sale of books and courses offered at our many locations around the world and Online.

As a not for profit, we are never really looking to make a profit, but we do need to make money to open new locations and create new products for our members to use in their learning and spiritual activities, such as my book “God Wears Lipstick, Kabbalah For Women”. I think an important moment for our organizations came in the 1980s when the Canadian Government awarded The Kabbalah Centre tax exempt status as a religious group.

During the 1960s and 70s the need to look to the spiritual side of every person was growing and I believe people were finally ready to explore the part of the universe not open to their five traditional senses that my husband and I were attempting to open up.

You are right that referrals are a major part of the way new people enter The Kabblah Centre locations. For me the famous followers who have come to our teachings have made a major impact on the number of students, another important factor is opening up our locations on a regular basis to local people who can simply talk to our members and pique their interest in a better way of living their lives.

Unfortunately, my husband, Philip, died in 2013 so the major business decisions taken are now shared with my son, Michael. I’d say deciding where to open new locations has been my biggest recent challenge as expanding into new areas is part of our future business plan.

My belief in the work we are doing has always been unshakeable. Helping others explore their own spirituality is something that we are not looking to personally profit from and I think our work speaks for itself in doing something good for the people of the world.

Opening The Kabbalah Centre in Los Angeles in 1984. That moment made it clear we were moving in the right direction.

People around the world want to learn about Kabbalah and explore their own spiritual side, but they may not live close to one of our expanding list of physical locations. Our Online store and range of Online courses are constantly growing and allowing more people to take that first step in exploring their own spirituality from the comfort of their own home.

I know he is a polarizing figure, but I love the way George Soros is trying to help people around the world; his book, “The Alchemy of Finance” is one I always look to when I need to think about the growth of The Kabbalah Centre on a global level.

As we expand around the world it is becoming more important than ever for me to have constant access to contacts in far-flung regions of the planet so messaging apps have become really important for staying in contact. It may not be a purchase, but downloading WhatsApp gives me instant access to global partners in a safe and secure way.

What is one piece of advice you’d give someone wanting to follow in your path?

Creating a not for profit based on religious teachings can often be a difficult task, but keeping your faith and believing in the teachings behind any organization is always the most important factor. It is also important to keep up with good works in the community as the business side can become all-consuming and take you away from the parts of any form of spirituality you love to do.