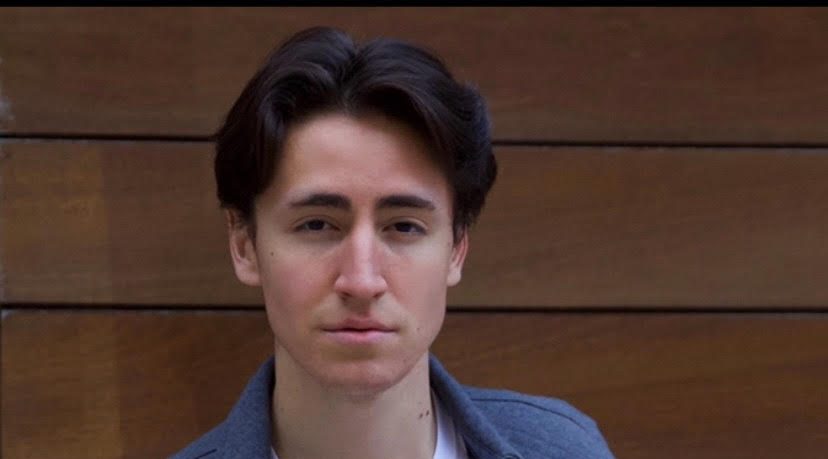 Kane Trujillo, famously known as“@Neumane”, is a contemporary social media influencer, actor, growing activist, and young entrepreneur. He is unafraid to stir up the issues. He is not worried if drama surrounds him. Everything happening around him is something to share. All of it is “content”. Kane knows that content has power.

Kane boasts a TikTok following of 2.7 million – the most numerous of all Kane’s social media platforms. When someone like Kane applies his artistic will power to “content creation” he, brands, companies, individuals, and those Kane chooses to collaborate with are certain to find wins. There are sure to be increases in conversion rates and overall digital footprint – not to mention social points and recognition.

Beyond the art and business that is evident in the life of Kane, we should mention, is his personality fitting for social media channels. He has an attitude that the most fanatic social media users are drawn to. His charisma is easy to connect with. Entrepreneurialism seems to be a practice made easy for him. Kane’s content proves to be reaching people.

Kane lived in New York, New York while he was gaining world experience in what is America’s most international city. NYC – “The Big Apple” – would be a foundational time in Kane’s entrepreneurial and social development. There is a cultural heritage Kane carries with him combined with the internationalist view that comes from a city like New York that parallels his ability to communicate on a level that is just as cosmopolitan as it is a living room couch.

Kane’s background in the art and administration of film making and acting would become two key mental realms during his rise as a social media influencer. Kane’s individual reach and influencing power has substantial effects on communities and populations. In the exponentially minimizing virtual world caused by the advent of new communications technologies content has been given new purposes. Content still is king. Kane knows content.

How did you get started as an influencer?

I have always loved social media, especially the business side of it. I lived in NYC to pursue filmmaking and acting. I fell in love with the artwork of both.

So naturally, I used my craft to integrate it in videos that I think people will find entertaining.

How do you generate revenue as an influencer?

There are multiple ways that I have generated revenue as a social media influencer.

There are two main ways:

First, as of now, is directly through the process of posting on applications and being compensated by the company.

Then there are the brand deals – which are fun to do.

How long did it take you to start making money as an influencer?

It took me 5 – 6 months after consistently posting everyday. I had imagined a career as a social media influencer to be a fun job. Like any job you have to be consistent.

I was very confident in myself that I would have success in this business. Not sure when that success would be noticeable, but I knew that it was inevitable.

Obviously, I had tons of doubters but you can’t pay attention to them. I just stayed focused and true to myself.

My following and engagement is what I believe had these people reach out to me.

I can’t remember when I got my first customer. It’s a lot to recall.

Quality over quantity is a classic saying. In the beginning of my journey it was more so focused on quantity. That was a strategy technique that’s fine at the start. Now that I have a significantly larger following the potential of a piece of content doing well has increased drastically.

What is the toughest discussion you had to make in the last few months?

I had to choose my manager recently. It’s difficult. Contemplating who would be close to you and your business making decisions is important. You have to pick someone you’re confident with.

My facial expressions and the energy I give off in my content. When people are genuinely enjoying the content I make it is a moment of satisfaction. Then I’ll probably double down on my fans and just try to create the best kind of stuff!

When people reach out to me and say that I made their day better with my work. It doesn’t get better than that. My life has purpose. It’s awesome!

I honestly hope to keep progressing and collaborate with all the giant creators. There are a lot that I’ve looked up through my social media journey, but I want to work with them!

Ignore the haters. Be persistent. Timeless advice that needs to be listened to often!

I would consider it. Reach out via email: neukane@gmail.com