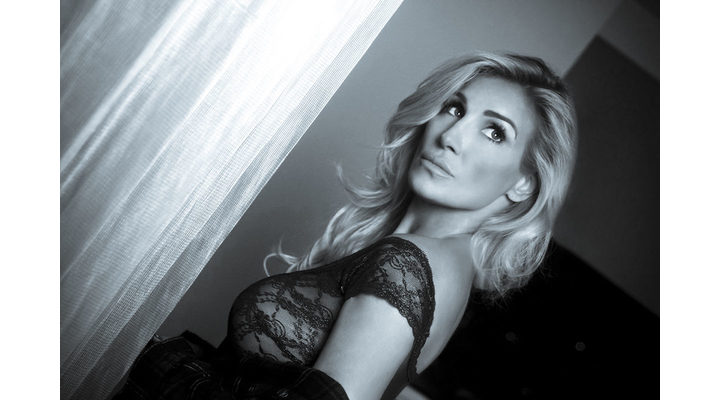 Kamilla Bjorlin is an actress with an incredible dedication to serving others. She thrives when she is helping others as a philanthropist. Born in Sweden on December 31, 1976, raised in the United States her gravitation toward acting came easily. Her first stage appearance was when she was only seven years old. As she grew, she took on more roles, acting across the stage, television, and on the big screen.

Taking on roles from supporting cast to the lead protagonist, Kamilla Bjorlin honed her skills and developed as an actress. Some of her stage accolades include leading roles in Speed the Plow, Merry Wives of Windsor, Visit from Wild Man and A Chorus Line. There was no question that she found where she belonged.

As her career continued, she worked internationally as well as at home in the United States. Some of her most enjoyable international roles included voice acting for numerous radio characters in Sweden. Her television work includes work on all of the major networks. She had roles in Days of Our Lives, Maximum Bob, The Hugh Hefner Story, and a guest spot on the Tonight Show with Jay Leno.

In addition to radio, theater, and on television, Kamilla has also stared on the big screen. You can see her talent featured in Raising Helen, Harbinger Down, the Princess Diaries 2, the Last Marshall and Miss Castaway. While she has always enjoyed working as an actress, she had several personal challenges she wanted to accomplish as well.

One of those challenges included developing her dancing skills and performing with the female group Touch. The group took the stage starting in 1993. She was both their choreographer and a singer. Their work was featured on numerous stages and at unique events, such as the closing of the Boston Globe in Boston Massachusetts, United States. She also performed at the Universal Amphitheater for the Hollywood Bowl, Greek Theater, Boston City Hall, and at the Venetian in Las Vegas, Nevada.

Kamilla continues to build upon her skills. She speaks four languages conversationally or better. Her most fluent languages are English and Swedish. She has become uniquely skilled with numerous dance methods, and a wide variety of activities that both help her stay healthy and busy. When she’s not occupied otherwise, she spends time with her family. She is one of five children with both of her parents still enjoying lives together.

When I was just a girl, my parents wanted me and my siblings to stay active doing something besides sitting at home. We joined a local theater group where I stuck around for a long while. When we moved to the United States, I continued acting on the stage and getting lead roles. It was so exciting as a child and it didn’t take much to know this is what I wanted to do for the rest of my life.

I was encouraged to work more traditional jobs as I got older, but I kept busy acting instead. As I improved and took on more lead roles, I was able to do more work. I’m so happy that it is possible to persist at something enjoyable and make it a career.

I get paid for the acting projects that I do. It is similar to any other traditional job where you have a salary that’s agreed upon at the start of the job.

I really didn’t have any doubts when I began because I was so young. I grew up with it, so the confidence just continued with me throughout my whole life. It is hard to imagine doubting my acting skills when it is something I enjoy so much.

How did you get your first job?

I auditioned for a role. After a period of considerable time, I was awarded the role. It was an exciting moment to get my first paid acting job.

What is one strategy you’re using that works really well to get into new roles?

Really, I try not to limit myself to a single type of role. By keeping myself open to any role I have enjoyed being on a doomed ship and completely in love in another role. Playing pretend is amazing.

My versatility and willingness to try anything. I dedicate myself to all the roles I get. This allows me to really dive into the role and become the character.

Also, I am always challenging myself to get better. I pick something new and learn it until I am better than proficient and I pick another. Like learning Farsi. While I couldn’t perform an acting role in the language, I can certainly have a conversation in the language. It is crucial for me to always challenge and develop useful skills.

What does the future hold for you in this business? What are you most excited about?

I am really excited about some upcoming roles. I can’t reveal anything yet, as everything is still in production. It’s exciting to see things you enjoy coming together. I’ll be extending my skills even further and that is thrilling. Every new project is exciting to me.

As to my future, I’m hoping to extend myself a bit more and try new aspects of the business. I have begun working with independent projects as well. There is so much happening right now it would be difficult to explain it all.

Becoming by Michelle Obama is one of the most inspirational books I have ever read. Besides being written by one of the classiest women in the world, she really conveyed her story in a way that helped me to gain a new perspective on life.

Seeing things from a different person’s perspective is one of the best skills of any actor.