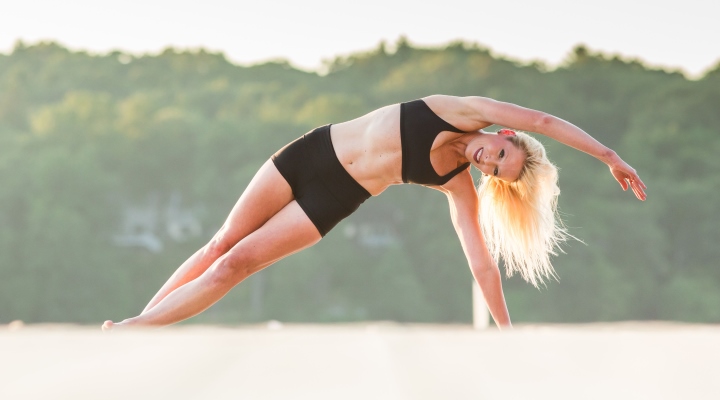 Julie Gagnon-Erickson is an entrepreneur with fitness studios in New York City and Boston. Julie has been helping people transform not just their bodies, but their understanding of health and nutrition for twenty-four years.

Fitness has always been a passion for Julie Gagnon-Erickson, so it was like second nature for her to step into teaching it just after she finished college. She opened her own studio ten years ago in the suburbs of Boston and a second just over four years ago in Boston.

Her clients range from new moms to professional athletes and everyone in between. She and her staff teach people how to move better through classes such as Pilates and yoga, building core strength and improving overall well-being. Julie Gagnon-Erickson’s studio has worked on a pro-bono with several victims of the Boston Marathon bombing, including amputees.  Her studio provides 25% of its training on a pro bono basis.

In her free time, Julie Gagnon-Erickson is in full mom mode, helping her son with school and getting ready to start the search for prospective colleges.

I have always been a person who loves working out. I received my certification as a trainer just after I finished college and began teaching part time at different studios. After my son was born, I jumped into full time teaching. About ten years ago, I had the opportunity to open up my own studio and we have been growing by leaps and bounds since then.

My studios both offer classes and private one on one coaching. We also coach clients on wellness, nutrition and running, so we have several avenues for income.

I would say we were profitable within our first year. I kept a tight chain on the finances and I did a lot of things myself, so that helped with our profitability.

I’ve never really had any doubt about what I wanted to do. There was a short time in 2015 when Boston had a particularly rough winter, we got over 100 inches of snow that year. This was just after we had opened the studio here and it seemed like we were having to cancel classes every week. There was never a point where I thought this is how it will be forever, but it certainly was a bit nerve-wracking at the time. Thankfully, it wasn’t business altering.

Actually, my first customers were students from the various studios I had taught at while I was still working part time. A lot of them followed me when I opened my own studio, and many are still with me ten and twenty years later.

One strategy we’ve seen real success with has been using Instagram influencers. We’ll invite them for a workout and they’ll share that with their fan base. Just a couple months ago, we had an over 100 person waiting list at our studio in New York City based off the Instagram popularity. We’ve just recently begun the same here in Boston because of its success there.

I have had to cut back on the hours I spent in my New York studio so that I could focus more here on our development in Boston. It’s good to be closer to home. My son is sixteen now and a junior in high school, so we’re in that process of preparing for college.

I am an extremely hard worker. I always have been. It’s something my clients can rely on with me and it has definitely been one of the primary reasons we’ve been so successful. For example, one of my clients is a second-year medical resident and constantly busy. We’ve had personal coaching and been able to find time in her hectic schedule for her to work on her own fitness and nutrition, something she’d realized she had not been very focused on recently. I will work to find the best options that work for whatever the client’s’ lifestyle is and the rewards are immeasurable.

I’ve had so many, really. A lot of small businesses don’t afford you the opportunity to feel like you’ve changed someone’s life. I am so grateful that mine is. At least once a week, I hear how myself and my staff has changed someone’s life. It’s not just that we help them out with fitness and nutrition either, but that we have actually changed their life for the better. It’s extraordinarily satisfying to hear and it never gets old.

The Boston studio has been open for over four years now. I look most forward to expanding and continuing to grow. I’ve been working seven days a week here, there is just so much opportunity. We recently began offering new prices and packages which allows more people access to the studio and January has been our best month so far, so that’s very encouraging.

I can’t say that I’ve read a lot of business books specifically, however Getting to Yes by Roger Fisher and William Ury has been helpful with learning negotiation skills. I am mostly inspired by personal journey stories.

The best purchase I’ve made recently has actually been a Roomba. It’s winter in the Northeast, which means a lot of snow-covered boots coming through the studio door. It has been so helpful and definitely worth the investment.