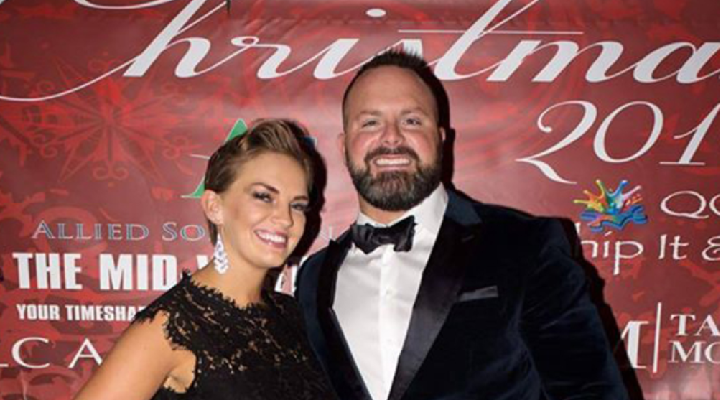 Josh Ungaro, the founder of Allied Solution Group, was born in Delta, Colorado in the snow-capped mountains near Crested Butte. He is the youngest of three siblings. While in school he enjoyed football, basketball, baseball, and well, anything that included a ball. He graduated from Paonia High School in 1999 and continued his education in Greely, Colorado at University of Northern Colorado.

In 2000, Josh Ungaro moved from Colorado to Springfield, Missouri to be closer to his family. Ungaro worked for MCI selling home phone systems via telemarketing until 2002, when he was offered a sales position with Van Tile in the auto industry. Ungaro continued to work in the automotive industry, progressing rapidly from a salesman to a Finance Director.

In 2007, Josh Ungaro was offered a position at Wyndham Hotels and Resorts.  At Wyndham, Ungaro saw an unmet opportunity to help time share owners and decided to start his own company.

In May of 2011, Josh Ungaro helped create The Mid-West Transfer, offering time share owners an exit strategy via a title or deed transfer. Josh Ungaro had developed a reputation for honesty and integrity in the time share resale business and he began to approach resorts as their exclusive trade-in company.

The idea of expanding this idea nationwide began and Josh Ungaro helped to create Allied Solution Group. The Mid-West Transfer and Allied Solution Group have assisted in over 20,000 transfers of ownership, helping clients enjoy time with their family and create memories that will last a lifetime.

I had a few years’ experience in the travel and hospitality industry and I was working down the hall from a company selling timeshares and helping people get out of their timeshares.

The timeshare industry, historically had a somewhat shady reputation and although lots of effort and resources are expended on selling timeshares, there was a real need to help people who wanted to get out of their timeshares, outside of the traditional resale market.

There were 1,547 timeshare resorts in the United States in 2015, representing about 200,720 units.  It’s a big business, but the truth is we make money by earning the trust and confidence of our clients and putting our clients’ financial interests ahead of our own.

It took about 30 days for Allied Solution Group to become profitable.

Yes, in 2012 we lost our primary lead source. We were two weeks from going back to our jobs and I had burned through our savings. It was feeling pretty desperate, but I knew we had a winning concept and a great team, we just need a lucky break.  We buckled down and got our first resort and the rest is history.  I guess I do well under pressure, although I don’t want to test that theory again!

We got our first customer by cold calling timeshare owners.

Third party telemarketing is the key to identifying customers and generating new business.

We recently had to separate with a sales manager.  Letting an employee go is always tough to do.

I think what makes me successful as an entrepreneur and business leader is doing what I say I am going to do – follow through is very important to me.  I believe very strongly in the Golden Rule.  It has served me well in my personal life and business.

We employee over 50 people, that means a lot to me.

We are very excited about the future of our business. Timeshare sales volume rose from $7.9 billion in 2014 to $8.6 billion in 2015, a nine-percent increase, the second largest increase percentage-wise since the recession.

Stability.  I am also excited about expanding our philanthropy – locally and nationally.