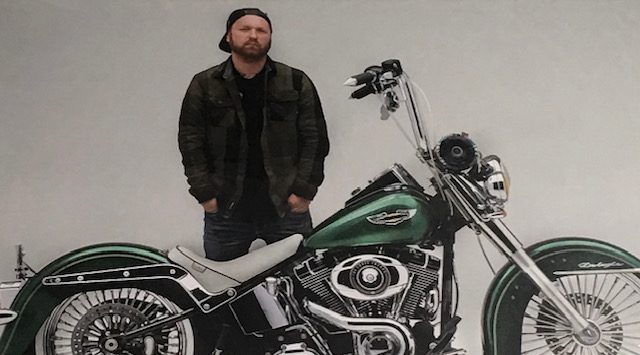 Joseph Peek is an owner of an auto repair shop and has over thirty years of experience of working on cars and motorcycles. He figured out what he wanted to do for the rest of his life at the age of fourteen; being a mechanic. Since then, he has devoted his life to caring for everyone’s cars as if it was his own. Honesty and integrity is important to him because, from his experience, it is the best way to grow a business and get repeat customers. He owns a repair shop in Albany, New York, where he helps the local community with all of their car needs; from 24-hour towing to oil changes and everything in between, Joseph Peek if your car care expert. There is no job too big or small from him and his mechanics.

Since technology is advancing every day at an exponential rate so are cars. Hybrids and fully electric cars have become extremely popular in recent months with the huge hike in gas prices so people are scrambling to get their hands on one. This problem is exacerbated by the massive shortage of used cars that are driving prices almost double in some cases. Joseph Peek and his mechanics are prepared for the influx of new electric vehicles and gain more knowledge about them daily. Joseph is an expert in all things related to motors and engines. He loves sharing his knowledge about cars and answering any and all questions about them. He is on a design show every Saturday at 8 AM on AM 1300 called Capitaland Auto Car Care Hour which is based in Albany. He answers callers questions on anything auto related and even diagnoses problems that callers have with their cars. Lucky for us, Joseph took time out of his busy day to answer some questions for us.

What are you working on right now?

Right now the shop has been extremely busy so I am happy for that. It seems that the used car frenzy has made people want to bring in cars they have bought through private sellers to get everything fully checked to ensure there are no problems, minor or major, with their new purchases. Most of the cars we see are older since there has been a new car shortage because of the microchip scarcity that has plagued the auto industry since the beginning of the pandemic. Another thing I have been working on is training my mechanics on the complexities of working on hybrid and fully electric cars. They have been all the rage recently so I’ve tried to update myself and my team on the latest happenings of electric cars.

Where did the idea for Capitaland Auto Care Hour come from?

Capitaland Auto Care Hour has been a dream of mine for a while. Since I’ve been working on cars, I’ve always dreamt of having my own podcast on nothing but cars. Being a mechanic and being around cars has been my dream so it was only natural for me to want to answer any and every question about cars or any motor vehicle on a public forum. I have listened to so many other podcasts filled with imaginary situations and scenarios of, “what if”. What if I never change the oil in my car? Or what are some common auto misconceptions? These are the type of questions that we strive to answer and inform the public on how to maintain the car. I want an unbiased question and answer of any auto question or myth so we can dispel the rumors and lies.

My typical day is looking at and diagnosing multiple cars and their corresponding problems. I love being hands-on so I usually shadow my mechanics and their helpers so I can correct and help them with their daily duties. I also have an online parts distribution center so I like to check in on them and manage the shipments. There has been a large uptick in people wanting OEM car parts we distribute from our shop. I also like to keep up on the latest happenings in the electric auto world. It started with Prius at the dawn of the 2000s and is continuing with Tesla and other electric manufacturers. Toyota is the mother of all hybrid systems and we know them like the back of out hand. Being your hybrid down to Albany and we will get it fixed.

Bringing ideas to life is easy to me. I knew that I wanted to be a mechanic so it was the first thing I imagined myself doing. They say do what you love so I am. I learned and studied as much as I can about being a mechanic so I became one after I staged as one for an local Albany auto shop. At one point electric vehicles were only an idea so in someone’s mind, so anything can happen. I find it interesting how some people and auto shops can only imagine things happening instead of making them happen. I own one of the most popular auto shops because I put our business out there to anyone that wants experts to take care of their car.

Driving an electric car is actually a humbling experience coming from a gasoline hound like me. I always talked bad on hybrid and electric vehicles until I actually drove one and experienced how balanced and clean one handled. I have driven the generation two and three Priuses but Tesla is unmatched in speed and luxury. If you are willing to pay extra for comfort and acceleration then I would spring for the Tesla. But if you want reliability then I would go with Toyota or Honda because of the track record they have for being as solid as as rock. I am excited for the new Prius generation.  I truly believe they will be the best new car to buy right now.

I have been a mechanic or have wanted to become a mechanic since I was fourteen years old but I did have a job before I became one. A mechanic shop is the only place I have ever wanted to work but I had to try something that is foreign to me. I was a dishwasher at a popular New York restaurant and bar and I truly believe I can function as one but automobiles are more lucrative and I am much more passionate about them. Food is great but I love the mechanics involved in automobiles and the state of the art technology used in them that is advancing everyday. I can see how they are similar though, we both are indispensable to the business we are attached to. I learned that the only job for me has something to do with cars.

If you were to start again, what would you do differently?

I wish I wanted to do something differently but the truth is I would not change one thing of what I did. Mechanical engines are what I am drawn to, I do not believe there is another profession or job what I would want to change it. Actually, now that I think of it there is one career I would want to change to. Acting. I would love to try my luck at acting. I have always loved Hollywood and the movie magic they produce. There are some production companies and directors that base their work in New York such as the Safdie brothers but it is not the same as Los Angeles. Either way, I am much more glad to own my own auto shop where I can actually help people in a more hands-on way.

I  love to keep a schedule. I feel like it is one of the most important tools I possess. If I have my schedule set then I know what I need and am able to do during my day. Most days I have too many obligations to attend to so when I have a schedule I feel like it is easier to hit all of my meetings and appointments. Time is an invaluable part of an entrepreneurs day so if you are able to document and plan it then it will be a more productive day. I could be having a bad day but if I know what I have to do and I knock it out one-by-one then I can get through it.

Tell us a secret.

What are your three favorite online tools and what do you love about them?

My favorite online tool is split between two very popular tools; Google and Spotify. Google is great for obvious reasons such as knowing anything you want to at the tip of your fingers and Spotify because podcasts are so popular that people will flock to a business just based on a single podcast. If you on the right podcast it can give your business the much needed push of word-of-mouth and get customers to you. Google can also do that with ads but I like doing it more organically like having a presence and doing good work. I just love you can know how good a business is just by Google-ing their name. Sure it is not always accurate but it is the best way to get your name out there. I also love music and Spotify is so much better than Apple Music.

If you weren’t working on cars, what would you be doing?

Like I said before, if I was not working on cars I would be acting in moves and TV but that is not the case. I love working and learning about cars so this is all I would want to do. It would be nice to be an actor but I like helping people in a more physical way. Cars are such a common mode of transportation so I like that I can help regular people like you or me with their cars. There are so many other things that I can be doing but I work on cars because I respect the road and I respect the automobile itself. There are so many kinds of cars such as diesel and hybrids that I love the freedom they provide us with. But when I need a break from cars I like to go to the beach and soak in the sand and waves.

Who is your hero?

It might sound like I have said it before but my mechanics and workers are my heroes. They are the ones that keep my shop running smoothly so I truly appreciate their hard work and focus. Running an auto shop might not sound like much but there is a huge amount of work that we have to do to make it run like clockwork. Of course shortages and shipping delays befall us just like any other business but in the end we always make it work because the people we serve need it and it is our duty to provide and keep them and their cars happy.