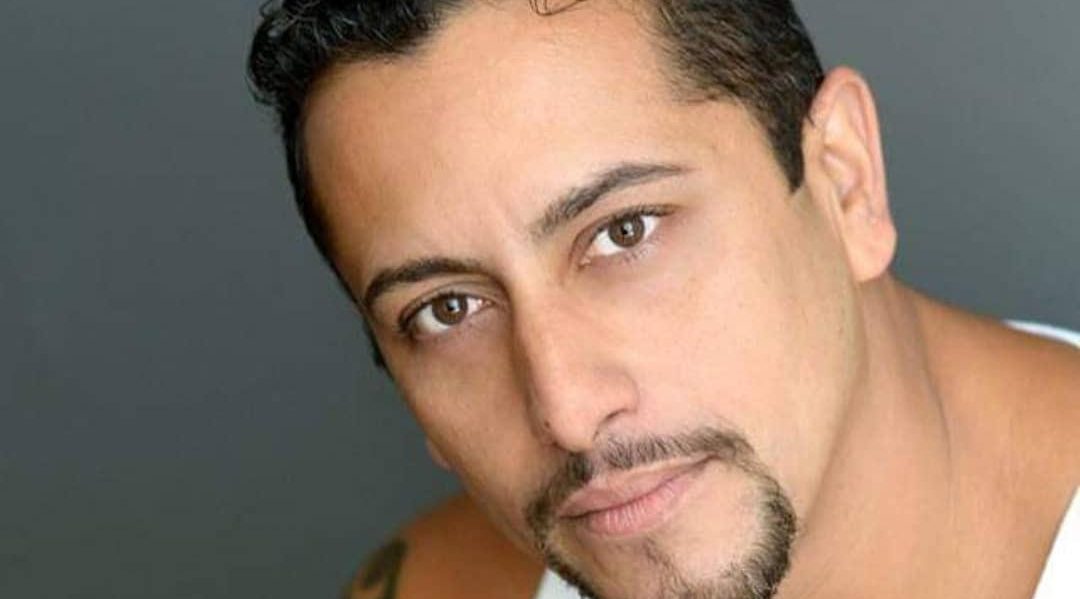 Jose Antonio Santiago Jr., is a Latin-American actor born on April 5th, 1974 in East Chicago. Jose worked as an executive Chef, until a life changing opportunity gave Jose a chance to pursue acting.

Jose found himself with a decision to make. He heroically acted immediately to chase down two armed bank robbers. While unarmed, Jose was tactful enough to detain the robbers while he was free of harm.  The Hammond Police Department apprehended the suspects with ease thanks to Jose’s vigilance. Jose displayed courage and passion to act for what’s right.

Jose finds that he has a loyalty to the public. Jose’s love for the people and heroism earned him the Key to The City of Hammond, Indiana. He also received a Citizens Assisting Police Award. As a result of this heroic act, Jose did multiple interviews on local news stations.

After being thrown into the spotlight, Santiago was highly sought after by local talent agencies. He eventually signed and booked his first acting role in a chefs’ commercial for Best Foods. He appeared in numerous independent projects and was soon being talked about in Chicago as the Latino Pacino.

Jose was featured in Sinister 2 – a role that was a precursor to his membership with SAG-AFTRA. He continued on his path to success and booked his first co-star role on NBC’s award winning, hit dramas Chicago Fire and Chicago PD as Johnny Marquez.

Jose Santiago says he is blessed to have worked with talented directors and actors like Bill Duke, Richard Gant, and Marla Maples. He has also worked with Jason Beg-he and Jon Seda on Chicago PD and Taylor Kinney and Jesse Spencer on Chicago Fire.

Jose stays in shape running his business Santiago Construction LLC. He spends a lot of his time in LA auditioning and working on set. He is also a role model to kids back home and a motivational speaker with the group, Limitless. Jose speaks on topics of abuse, depression, suicide and addiction.

Jose evolved from the streets to film sets in a matter of a few years. He is always helping others and never expects anything in return. He maintains his passion for serving the community by working to prevent child abduction, trafficking and working with children with special needs. He has a personal passion and desire to advocate for keeping all kids safe.

How did you get started as an influencer?

There are several instances that I could point to as my start as an influencer. The most significant and therefore the most official moment I can recall the beginning of my role as an influencer was when I got into the entertainment industry as an actor. I was thrust into the spotlight and public view in acting after making headlines for thrwarting a bank heist.

Aside from my influence in the world of entertainment I have also been a motivational speaker.

How do you generate revenue as an influencer?

Working as an influencer has provided many avenues of revenue generation for me.

There have been three primary ways that I use to increase my income as a performer:

First I  speak at local events and seminars for troubled kids. It is a personal mission of mine that can encourage me to continue pursuing ways to improve the lives of countless children and families.

The third primary way I can make revenue is by participating in conventions, or Cons, to sign autographs and meet with fans and supporters.

How long did it take you to start making money  as an influencer?

It took me about two years after I broke out in the TV and film Industry to really gain traction and find steady money coming in. To have people contact me and ask if I was interested in appearing at their events took time. The effort started to pay and being an actor and influencer became a profitable part of life.

At the very beginning I was probably doubting myself more than most people do. That doubt left and changed eventually as you might expect once it becomes real.

I am the type of person to never give up or quit. At the time of my lowest point, where I was questioning the possibilities of me making it as an actor or speaker – I knew I had to be my own personal motivator to keep picking myself back up each time there was any kind of doubt.

Maintaining my own inspiration paid off!

My first paid gig was actually my old Junior high school . They contacted me to make a return to the campus and speak words of encouragement to the kids. That first lecture was a foundational advancement in my career as a motivational speaker. And pivotal to my perception in the entertainment industry.

Social media works really well! Networking and talking to like minded people in the industry becomes so easy with the handful of social media platforms available on phones and computers.

Being an active participant in the marketing of your own business, or in my case marketing myself, always is a strong marketing tactic. People get a sense of who they’re working with. I think people really like that.

In the most recent weeks consciously deciding to take time away from my career to focus on health for me and my family was a difficult but obvious necessity. Making improvements from my diagnosis and treatment of vocal cord cancer and taking precautions against the Covid-19 virus were big determinants. Without my health, or my family’s health, being a public speaker, motivator, and actor, would be purposeless.

My relentless pursuit to achieve keeps moving me forward. I follow my dreams. I have a great attitude while doing it. Also being humble and kind helps a huge load.

Working on Chicago PD as Johnny Marquez alongside Jason Beghe. Being featured on National television is a big deal in the entertainment world. Acting as a named character was a highlight in my career.

Well, the future holds what I allow it to hold. I believe everyone has control of their future and goals. Acting prepares a person for the infinity of situations. I am most excited to find a role in each one.

I haven’t really read many books on business. I just always knew what success looked like and what was needed to reach it. The work and effort of business people who created a legacy are the biggest inspirations.

No matter what people say, never give up. Countless people have said it before me. I’ll say it again. It is advice that is timeless and will hold value in any era.

I would love to be a mentor. Digital communications really makes it easy to access me. I can be contacted on many platforms. Inboxes, DM’s, tweets and email. Look below to find my social media accounts.