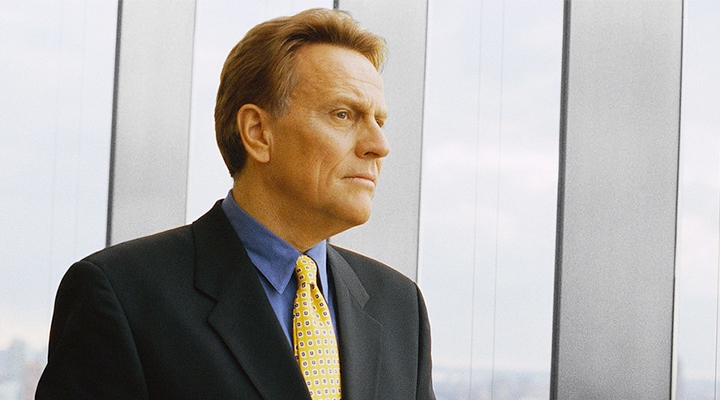 After studying in New York for a degree in Mathematics, Jon Price seemed destined to pursue a career in the financial field, perhaps on Wall Street.

While he did end up in the financial advisory field, it was not in the traditional sense that he likely imagined during his time studying statistics.

While earning his degree, Jon fell into a crowd of friends that took a great interest in sports betting, something he excelled at from a young age helping his parents friends make money with his picks.

It didn’t take long for him to realize how he could apply his understanding of mathematics and probabilities to sports betting to tilt the odds in his favor. Before even finishing college, Jon had paid off his college loans through sports betting profits.

After college Jon turned down a number of offers to start at investment advisory companies and top-notch financial firms like Goldman Sachs as Jon had other plans.

By this point, Jon already had established a significant following of his sports picks, and placed his own wagers on a weekly, and sometimes daily basis. He realized that sports handicapping was his true passion, and that with his understanding in the application of mathematics to sports gambling, he could in-turn increase the odds of winning the vast majority of his wagers.

It was with this realization that he decided to start his first sports handicapping service, Sports Information Traders. Since then Jon Price has been featured in various national publications such as Forbes and Inc. Magazine, as well as Huffington Post, in addition to a number of online platforms and nationally syndicated radio programs.

Jon and his company have also gained recognition with some of his high-stakes wagers:

He’s placed multiple wagers in excess of a million dollars on the two last Super Bowls, as well as a futures bet on the Kansas City Royals to win the World Series before the 2015 season even began.

It started as a hobby  as a child helping my parents friends. They would come to me for help and they were profiting. It was great until my mom said no more and scared all of my dads friends away. In todays world they would have been able to find me through text message or email but back then Mom had total control of who could and couldn’t receive my winning picks. During my time studying Mathematics in New York I realized almost instantly that I was exceptional at it and that it was an easy way to make a lot of fast money with my natural talent. Of course I’ve always been a huge sports fan, so being able to combine that with my understanding of statistics and probabilities, it just made it an obvious choice for me to pursue after school.

A few different ways… I still place a number of wagers each week on various sporting events. I would never have my clients wager on a game that I, myself, wouldn’t bet on. And of course when you win as much as I have, it garners attention, so people also pay me for my betting picks.

Instantly. That’s the beauty of sports wagering, it’s big money, and it’s fast, too. Zero sum game with a clear winner and loser within hours. When you’re placing wagers over $100,000 on a weekly basis, and winning. It’s the easiest way to see your debt disappear in a day. Some clients have had this help and others have taken the slow and steady approach to building wealth with me.

I never really encountered any genuine doubts because it all happened so quick and I was extremely gifted at what I was doing. I was making $50,000 a week while I was still in college, just placing bets on football and basketball games. So I already knew how to be successful at it, and after I graduated I turned all my attention to it and things took off very quickly as word spread.

My first customers oddly enough were the people I was playing against at college. We started off wagering in weekly dorm pools where everyone would submit their picks and the person with the most wins at the end of the week would get the pot of money which ranged anywhere from $10,000 to $20,000 some weeks. After winning the first 6 of those, people decided they didn’t want to play against me anymore, so I began giving my picks out for a fee, and instead of playing amongst ourselves, we began infiltrating other people’s dorm pools and winning their money.

It helps to be a nationally syndicated radio personality. I’ve been featured on various ESPN Radio stations and other popular sports radio stations across the country for quite a few years now. I give out weekly free picks during the football season, and of course we do quite well on those picks, so naturally that’s been the best way we’ve expanded our business over the last decade. For Baseball and Basketball we receive a lot of referrals from people we have made money from the college and professional football season.

You’re probably looking for a typical business answer, but as far as business goes we haven’t encountered any such tough decisions. The toughest decision I’ve made in the last year was whether to bet $1 million or $3 million on the Super Bowl. I compromised and bet $2 million. It won, so of course it was the wrong decision…. Should’ve went $3 million with all of my bets on the super bowl.

It’s clearly my drive, as well as my understanding of how odds work. I’ve always had that Napoleon complex in me to where I want to be distinguished and recognized for what I do. I want to be the best, and I want the world to know me as the best, and I’d say we’re on pretty good pace to accomplish exactly that.

Definitely have to be the futures Royals bet in 2015. I placed $22,000 on the Royals to win the World Series all the way back on April 15th, before the season even began. That won me over $260,000. Not close to being my biggest wager, but definitely my largest return on a wager ever considering how far ahead the bet was made.

My goal is to be the Nike of sports wagering. With the increasing momentum for legalizing sports gambling, it’s only a matter of time before it becomes widely accepted and when that happens, we want to be the first ones there giving out winning information.

There are so many great books that I like to read. The 7 Habits of Highly Effective People by Stephen R. Covey is one that is a must read. Who Says Elephants Can’t Dance? by Louis V. Gerstner the CEO of IBM who really built them up to be one of the biggest companies in the world while they were on the brink of insolvency.

Of course I need to add in statistics because that is my foray. Nassim Nicholas Taleb’s The Black Swan is a great way to think about statistics.

What sets you apart from other businesses in your industry?

Simply put, our winning percentage. We win more than any other documented handicapper in the world… That’s a fact. In NFL we can sometime hit over 73% for an entire regular season. To give you some bearing on what that means, the next best documented pickers usually hit around 55% on their best years. So we’re doing something that’s truly revolutionary here and making people a lot of money on a daily basis.