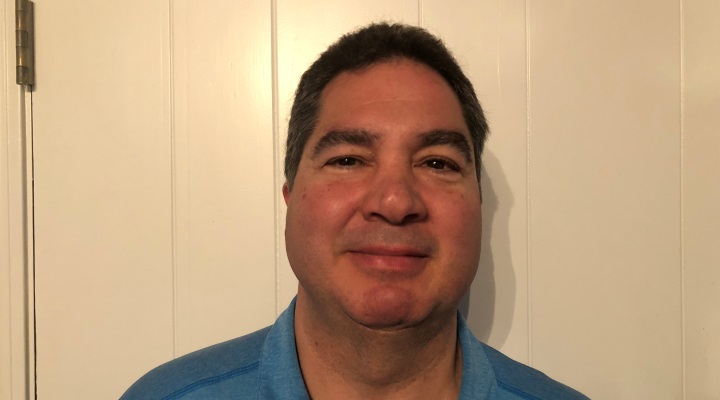 The company launched and remained strong until they encountered the recession in 2006. After reviewing his options, he adjusted his company to fit the ever-changing landscape. Initially, he began offering what some thought of as Ethnic Foods. These are fruits and vegetables that have influenced cultures around the world. As he learned more about these foods and the health benefits he saw a broader picture. He became passionate about bringing these healthy tropical foods to the broader customer base by expanding the distribution. Now his customers include large chain stores and the mom and pop shop down the street. Because of Yanni, The Alphas Produce Company can cater to supermarket chains, restaurants, fruit stands and any company in the North East that is interested in carrying healthy tropical fruit and produce from around the world.

John Yanni Alphas is a proud father of four and husband. He has three beautiful daughters and one incredible son. His fur child is named Mogul, and as his canine companion, they have had many long walks together. In his free time, his first joy is spending time with his family. Yanni Alphas also enjoys golf, skiing, and has played hockey in one form or another all of his life. For a short time in college at Boston University, he played hockey competitively for the school team.

While I was in school, I started working summers and school breaks at the family business. That family business was called the Peter Condakes Produce Company. It was really nice to work there. The pace was fast. You would begin the day at 3 in the morning, and by 3 in the afternoon you would be wondering where the day went. There was never a dull moment.

I make money through hard work and my commitment to my customers. It’s a goal to bring both the variety and quality produce our customers are looking for. Our customer base includes small locations like Mom and Pop fruit stands, and chain establishments. We also cater to restaurants, small stores, and any customer-oriented retailer that wants to include produce in their venue. By accommodating the customers with the best possible quality and variety, we are able to take care of our employees as well.

We began very profitably when we opened in 1999. I was able to bring my customer base with me when I left the Condakes Produce Company. By 2005 we had gotten comfortable and were caught by surprise in 2006 at the start of the recession. This forced some changes, and we had a few years that were less than profitable, but we bounced back. By 2009 we were not only profitable again but growing as we continue to do today.

Being young and ambitious I really didn’t believe I could fail. In the rare moments that self-doubt crept in, I would ask myself, “Why didn’t I just stay in the previous employment with a regular paycheck?” The answer to that was always the same; it wasn’t me. So, I would work harder and make things better. This has really brought us through both positive and rough times.

Because the family business was in the same industry, I was able to develop personal relationships with the customers. When I moved into my own produce company many of those customers simply followed me there. It was a real confidence boost to be able to begin the company with a loyal customer base.

The most consistent locations are the full-page ads in the produce publications. We have found success through online means as well. Some of these advertising locations would include our website, Instagram, and Facebook.

That’s a good question. I believe the toughest choice I had to make was if we were going to begin farming the food we distributed or not. After some research and thought it was decided that we would, in fact, begin farming.

While it will be an expensive endeavor, to begin with, it will pay off both in profits and quality in the long run. We will be able to be a source and distributor for our customers and only grow what they need.

I believe it is a combination of things. First and foremost, my employees are fantastic people who know the business. My work ethic has continued to drive us forward. And now, the customer base that has been with me from the very beginning is still with us now. I believe without one of those items we wouldn’t be where we are today.

The internet is making the world much smaller which allows us to find new fruits and vegetables daily. Having an international community of growers has enabled us to bring a wide variety of items from around the world. In addition to having new fruits and vegetables to bring into the American distribution market, we find ourselves in the unique position of catering to a great and more diverse population. It has been our pleasure to cater to that ever more diverse population.

We recently purchased a packing machine. This allows us to package the produce prior to delivery. It makes our customers’ lives much easier as they no longer need to invest the man hours into the packaging effort.

What are some of the fruits and vegetables that you’re bringing in from around the world that offer the most health benefits?

The health benefits from the diverse produce options we ship in are immeasurable. There is Sour Sop from Grenada that has been shown to kill cancer. We are enthusiastic about Turmeric from Fiji which helps with inflammation of the joints and arthritis. Then we have Mangosteen; this is from Thailand. From Vietnam, we are excited about the Rambutan, Lychees, Longan, and Dragon Fruit. All of these offer a lot of wonderful health benefits. From Nigeria, we have found Passion Fruit is also very positive and has a huge following because of it.