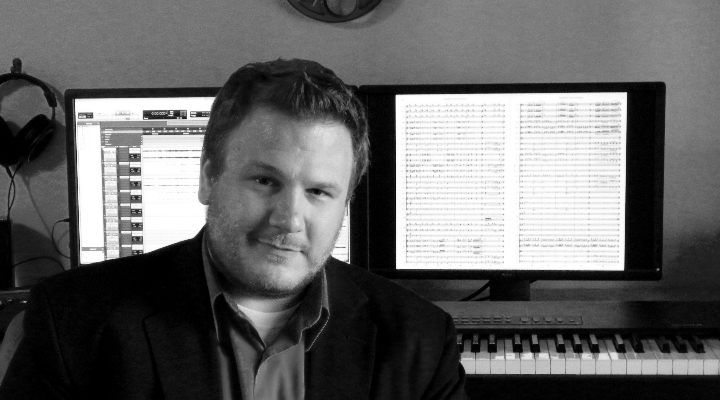 A prolific composer and musician, John Ross Jesensky has earned the admiration of peers and audiences alike with his innovative and masterful approach to the art form that is film scoring. In musical composition and film scoring in particular, he has found a vehicle for artistic expression that so closely coincides with his professional endeavors. Specializing in grand piano, his scores have been featured in countless films and have earned recognition through a host of awards as well as inclusion in some of the most revered film festivals and events.

He first began honing the craft that would ultimately earn him such wide acclaim by studying under musicians, composers and orchestrators venerated for their compositional achievements as well as their educational contributions to the field. As a student in the film scoring program at NYU, Jesensky benefited from the tutelage of both Sonny Kompanek and Ira Newborn. This, along with the undergraduate degree earned from the Hartt School of Music in Los Angeles, has served as a foundation for his achievements as a musician and composer.

My inspiration for pursuing this business arose out of the desire to express myself artistically and to help others do the same.

My primary source of income is through film scoring, but I also provide a number of other services — consulting, for example — relating to my expertise as a composer and a musician.

There are many ways I could measure profitability since I’m involved in such diverse professional and entrepreneurial pursuits, but my consulting business was profitable within six months or so.

Yes, I did have considerable doubt since even the most talented musicians and composers struggle to find a foothold in this industry because it is just so competitive.

One of my mentors recommended me for a short film project in need of a composer, which ultimately led to other work opportunities.

I’ve generated a lot of new interest through the podcast I host, even though that was not the original intent of the podcast.

I have to turn down a lot of the projects I am offered, and the quality of each project I accept is so very critical to me that I end up passing on a lot of projects that I’d really love to work on.

I genuinely love doing what I do.

The first time hearing one of my scores used for a short film was a really humbling moment, and I can’t help being proud of the award earned from the Cannes Film Festival.

I always try to push the boundaries of my own abilities, so I am most excited about seeing what I am capable of in the future.

“Mansion on the Hill,” by Fred Goodman provides excellent historical context regarding the evolution of the music business over the years.

I recently bought and restored a piano that is just uniquely beautiful in terms of both its sound and its appearance.

What is one goal you hope to achieve through your professional endeavors?

I hope to do for others what my mentors did for me, which is to instill a deep appreciation for artistic expression through musical composition.