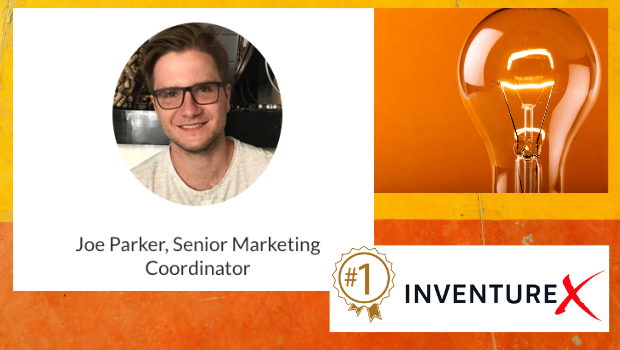 Behind every successful company is a great marketing team. Joseph Parker, Senior Marketing Coordinator at InventureX, has certainly helped the crowdfunding company grow to new heights. How has he and his team at InventureX been able to do it?

We recently had a chance to share some time with Joe Parker to get some insight on his company. Along with the insight, he talks about crowdfunding as a whole, and how he is able to come up with marketing ideas.

Explain exactly what InventureX does for those who don’t know?

We are a company that helps entrepreneurs and businesses launch crowdfunding campaigns successfully. We can handle the initial set up, marketing, outreach and more.

It can be a little bit overwhelming for those people who are not familiar with crowdfunding, but we have been in the business for a while. We know what to expect, and how to set things up for success.

How competitive is crowdfunding getting these days?

I think it is safe to say that crowdfunding is as competitive as ever. Not only are there a lot of entrepreneurs who are figuring out the benefits of crowdfunding, but there are a lot of less than stellar campaigns that are out there taking up space.

They may not raise a lot of money or reach their goals, but they still take up a valuable real estate online.

How much marketing goes into a crowdfunding campaign?

Since it is becoming a somewhat crowded market, marketing is more important than ever. The goal with any crowdfunding campaign is to get it in front of the right people. Every single potential viewer can end up being an investor. When the product or idea does make it in front of somebody, it needs to be presented in a way that makes it enticing.

A lot of companies focus solely on marketing campaigns online, but there are other methods to raise money through crowdfunding as well. We do not ignore traditional media, which means we can get some clients featured on television shows, local or national papers and more.

Do you see the popularity of crowdfunding slowing down in the near future?

As soon as crowdfunding was viewed as easy money, relatively speaking, the explosion started almost instantly. What people are finding out is that only the best campaigns are actually meeting their goals.

I think quality will always prevail, and that could eventually lead to fewer amounts of campaigns out there at any given time. There are certainly a lot of people who are discouraged with how crowdfunding has gone for them individually, simply because they had no real plan in place.

Is it possible for people to run their own crowdfunding campaigns?

Anything is possible with enough hard work and planning. With that being said, a lot of people we work with put so much time and effort into their idea that they simply don’t have the time to craft the perfect campaign.

That’s where we step in at InventureX. Since we know the industry, we can help put everything in just the right light.