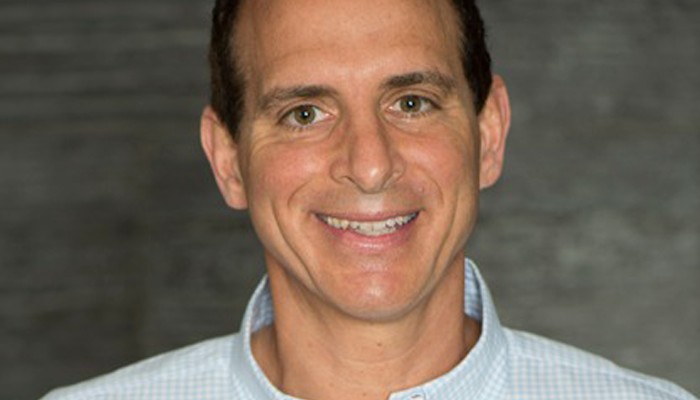 Jim Tananbaum, ranked on the Midas List as one of the top 100 tech venture-capital investors in 2017 by Forbes magazine, is the founder and CEO of the private San Francisco firm Foresite Capital Management. He specializes in investments with the healthcare industry such as genomics, biotechnology, new medical devices for diagnostics and other related healthcare services.

Currently, Foresight’s biggest investment is Intarcia, a revolutionary implant for those with type II diabetes that helps patients better control their health and lose weight. Foresight also backs Aeri Pharmaceuticals in its quest to launch a glaucoma treatment that people can take daily to help prevent the gradual blindness that would normally result from their condition.

Before he founded Foresite Capital Management, Jim Tananbaum partnered with other healthcare-industry leaders to co-found two other companies: GelTex Pharmaceuticals and Theravance Biopharma, Inc. By 1998, GelTex Pharmaceuticals was worth $1.6 billion dollars, partially due to the great success of its drug Renagel, also known as “Renzela.” Even 22 years after the release of Renzela, its sales still bring in almost $1 billion dollars annually. Jim also ran Theravance, Inc. as its CEO and co-founder from 1997 to 2003, and he helped build up the company so that it’s now a major international biopharmaceutical organization.

Along with these landmark achievements, he was also a partner in Sierra Ventures from 1993 to 1997, where he began working with Healtheon, CareSelect, Amerigroup and Novamed.

Because I was passionate about the marriage of interdisciplinary hard sciences and computer science with healthcare, I majored in electrical engineering and computer science at Yale. After that, I got my MD and MBA degrees from Harvard and an MS degree from MIT, the Massachusetts Institute of Technology. I was very fortunate to collaborate with great mentors like George Whitesides at Harvard, Rick Levin at Yale, Rick Klausner, Roy Vagelos and Bob Gunderson.

After 25 years working as a healthcare entrepreneur and investment strategist, I got the idea to start Foresite Capital Management after I began recognizing key success factors that determine if companies will really become successful or not. I chose the name “Foresite” because our goal is to truly understand and guide the future of new healthcare innovations.

Groundbreaking healthcare products often need a great deal more time and capital than most financiers recognize, so that’s where the Foresite team comes in to identify emerging leaders and give them the information, network connections and capital resources they need. My team stays ahead of all the latest healthcare advances in areas of great need, and we know how to find the most-viable investment candidates who have the highest chances of success.

Foresite Capital Management has invested in a total of 77 healthcare companies. They include the fields of genomic sequencing, biopharmaceuticals, diagnostic innovations and many other medical services. You may be most familiar with some of our bigger clients like Intarcia Therapeutics, Aimmune Therapeutics and Aerie Pharmaceuticals.

In 1991, I met a professor of polymer chemistry at Harvard named George Whitesides and began working with him, developing patents for his new ideas to use polymers to eliminate toxins from the gastrointestinal tract. At one dinner, I got together a group of 10 bio-tech executives and scientists interested in helping to back a new company to launch this new drug, giving birth to GelTex along with business partners Bob Carpenter and Henry Blair. Just like that, I helped to start my first company.

Two years after co-founding my first company GelTex in 1991, we received $6.8 million from other venture capitalists to fund our first big move to a bigger facility in Lexington. By 1995, we were offering common shares, and business really started taking off.

In 2009, I had options to invest in companies I knew well that desperately needed capital. My partners feared the recession environment and invested almost nothing despite having millions available. When I finally left in 2010, I was raising money alone at the peak of the recession. Many potential investors rejected me. Still, I worked hard every day to launch my new business with everything I had. It was my persistence, belief and focus that finally resulted in a new investments that work much better because I made them on my own terms.

What is one marketing strategy — other than referrals — that you’re using that works really well to generate new business?

I’m constantly aware that the world of healthcare investing is ever-changing. That’s why I always think carefully about the bigger future goals in this field and who are the best people I should reach out to in order to prepare for what’s coming. I know my strengths in organizational expertise, so I seek out those I can help who are also in touch with more great, new entrepreneurs.

Actually, one of my toughest decisions was in 2000, and that experience is what helps me face my toughest choices today. Back then, I thought a large, dedicated healthcare fund would compete better both publicly and privately. Others insisted I had to set it up just like standard venture partnerships, so I made great compromises. Now I’ve learned that some of the most-successful partnerships don’t fit into the standard models of their times. If I could go back in time, I’d grow my business ideas using only what I know works for growth. It’s better to explore disruption rather than sticking to conventional business models.

I stay productive by focusing on my priorities, the things that inspire me the most. At work, I keep in touch with my team members to regularly review updates on our portfolio. I love looking at new company presentations and networking with leading healthcare innovators to explore new horizons. I also workout for at least an hour everyday in the space between meetings. To keep a balanced perspective, my family remains my top priority though.

Founding Foresight Capital Management in 2011 on my own terms was a pivotal moment in my career, one of the best decisions I ever made.

We’re in a time of massive growth from the new scientific breakthroughs in healthcare that are emerging everyday.

Right now, I believe Intarcia’s product could impact the way we treat diabetes just like the IUD has impacted the way we handle birth control. At least 350 million people internationally struggle with diabetes and weight-loss issues related to diabetes, and we can help them. We’re aiming to launch Intarcia’s implant in the United States by the end of 2017. Also, Aeri Pharmaceuticals is releasing a new glaucoma treatment.

“Causal Inference in Statistics” by Pearl, Glymour and Jewell refreshes many common principles I use all the time in business and in-depth study of new healthcare technology.

I’m a big fan of Evernote for collaboration. I got Salesforce because it integrates well with our daily workflow. Also, Big Query and Tableau are both great software suites we use to review everything in one large database.