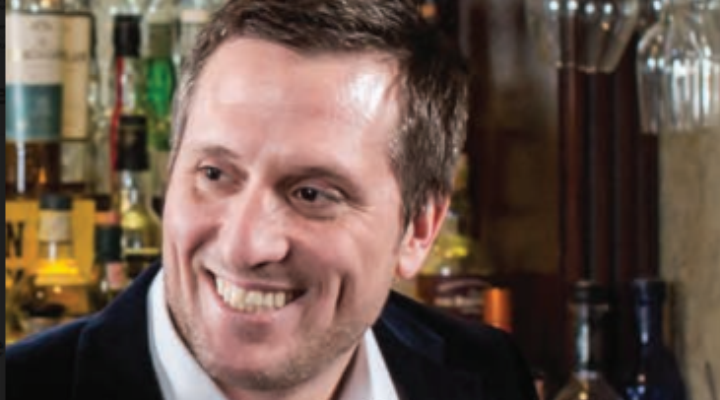 Jesse Erdle is the owner of Dead Ringer Hunting, a company that produces hunting accessories, including tactical optics, hunting scopes, archery broadheads, and more. He began his journey by graduating from Northeastern University with degrees in both engineering and finance and began working for the family business, Eldre Corporation, in the year 2000.

After working under his father for a few years, Jesse decided he wanted to get out and do something himself. After attending a trade show in Las Vegas, he quickly found a few key accounts he could trust to give him orders. Within six months of attending the trade show, and after consummating his first few orders from his new key accounts, Erdle formed a WOFE in China (Wholly Owned Foreign Enterprise) and soon after broke ground on a 100K square foot facility, where he would soon begin producing children’s apparel. In addition to being an OEM for various different name brands such as Carters Kids, The Childrens Place and Dickies, he quickly decided to invest in producing his own private label brands of clothing to sell directly to the box stores. His brands at the time included MeBaby and Expandables. Expandables was a line of clothing that grows with your children as their body sizes grow, and essentially allows a family to get much greater usage out of certain staple items that are more expensive and a quickly outgrown in less than a season. These private label brands were to be sold in mass markets and big box stores like Kohls and Walmart. The business was sold to Blue Horseshoe Capital for an undisclosed amount of money.

In 2007, soon after selling his first business, Jesse Erdle’s father asked him to come back to work for the family business and help them open a factory over in China.

In 2011, Erdle and his father sold the family business to MERSEN, a public company with headquarters in France. Instead of staying on board with the new owners for a transitional period of time, Jesse Erdle decided to look elsewhere for new ideas. Along with two partners, Jesse Erdle created Dead Ringer Hunting later that year where he’s been CEO and President since.

A proud family man, Jesse Erdle spends any of his free time with his wife and three children.

How did you get started with Dead Ringer? What inspired you?

I was digging around and playing with different ideas for a new opportunity when I was approached by someone a few days before my next trip over to China. My brother-in-law had directed him my way. He had this part he had designed years ago for hunting but hadn’t been able to do anything with it. At this point, I had never owned a gun, but he demonstrated for me how his part works with a shotgun, and I realized that his concept worked, really well.

When I arrived in China, I showed it to my partner over there and he took it to a few different factories. After some revisions and adjustments, I had a finished part by the time I returned to the U.S. 35 days later.

The creator of it says I’ve done a phenomenal job on his part, so he, my brother-in-law, and myself sat down together and he asked us how he can get 30,000 of these made. My brother-in-law and I made a deal to loan him the money with a guarantee from him that he’d pay us back in 30 days after attending the Great American Outdoor Show with these parts. And sure enough, we sold every single unit over the eight days of the show.

With the money we made, split three ways, the three of us used it to create this company.

I had more of a reservation about what the returns would be and when, but there was never a doubt in my mind that it wouldn’t be successful. I remember thinking, “how much longer will it be?” But I don’t believe that was doubt. It was more of a reflective question at the time. I knew we were going in the right direction, I knew we would be successful, but I just didn’t know how successful we would be.

The participation of trusted people within the industry. We use brand ambassadors who are well known within the community to promote our products to their audiences. People are more likely to buy a product from someone they know or respect, who demonstrates our product for them, so the customers know there isn’t any smoke and mirrors. A company could doctor an ad or a commercial, but you can’t doctor a live demonstration.

My company is a debt-free company. We don’t owe anything to the bank because everything has been funded by ourselves. But to grow our company, to reach the next level, we may need to take on capital from an investor.

I think it’s my ability to stick with things, to not get discouraged, and to be able to read between the lines and analyze things from multiple perspectives. I can evaluate situations from all possible scenarios. I can see what a customer is looking for, what a store is looking, or a manufacturing facility. In a manner of speaking, I can see things from 50,000 feet for the entire project or life of a business.

My most satisfying moment has essentially been seeing someone pick up the product, nod their head and smile. When they did that, I knew immediately that I had a winning product. When we were just starting out at the first trade show trying to sell 30,000 units, I literally had no idea whether it was going to work or not. We just had a table with a drop cloth and some shotguns with our product on them for demonstrations. And every single person who tested our product bought one. To see the smile on their face, I knew I had a winning product. It was very satisfying.

The best part is having the ability to do what I want to a certain degree and being able to direct the business in whichever direction it needs to be steered.