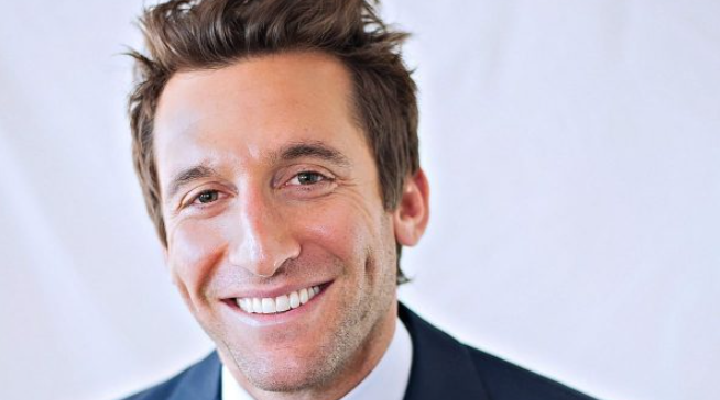 Jeremy Abelson is the founder and Portfolio Manager of Irving Investors, a private investment vehicle with a sector agnostic approach.  Jeremy’s fund employs a single name investment strategy and maximizes alpha generation by investing across the capital structure.

Jeremy started Irving in 2009, after selling two companies.  The first was a digital media property (Pocket Change) and the second was a corporate relocation software company (Urban Hostess).

This background in private company tech positioned Abelson to create a robust “crossover” equities strategy enabling Irving Investors to invest in both private and public company stock.  The theory is that exposure to and an expertise in both is accretive to the other.  Irving has seen a great benefit owning companies prior to an IPO, investing in the IPO and continuing to grow a position in the open market thereafter.   In addition to improving returns through, in essence, entry price arbitrage, Jeremy Abelson is also able to build very valuable relationships with company management and a much deeper familiarity with some of Irving’s portfolio companies.

Much of Jeremy’s success is generated through his network of relationships with companies, investment banks, venture investors, public market investors, and other Family Offices.  Jeremy highly reliant on this network for access to deal flow as well as shared analysis and co-diligence.

Abelson is originally from San Mateo, California and is a graduate of the University of Michigan.  Jeremy lives in Denver with his wife and four kids.  Jeremy is active philanthropically and is very involved with Children’s Hospital, Blue Sky Fund, AIPAC and National Jewish Hospital.

Happenstance.  Pocket Change sold to a company called Thelab – I was tenured to Thelab for a year.  When that year ended, I started making some investments trying to figure out what was next and I just continued to do that and never figured out what was next.  In my life, all of the successful professional growth I have had has been organic.  I continue to grow and scale every day but to me, it all just seems like I am taking logical next steps. I have never set out to do something totally different and succeeded (I have attempted a number of times but failed every time.)

For the most part, we make money by making passive investments…meaning we make non controlling investments into companies, other people’s deals where they raise outside capital or LP  (Limited Partner) investments into funds (we invest in very few funds).

In a few but growing instances, we take a more active approach to invest, meaning we are part of the GP (General Partner) which implies we are actively participating in the operations/growth of a company or fund or we are responsible to put a deal that others participate in together.

We are having discussions around potentially opening a fund in the future but this is far out as we still would like to build more of a track record and we believe it is especially important to build a track record through a cycle which we haven’t had since inception.

We were not profitable year 1 (2009) but that was a partial year and since then we have never had an unprofitable or negative earning year.

You can’t fear failure.  If you fear failure you will never be a successful entrepreneur.  You also can’t welcome it.

I have never feared it, but the major change is that I have become much more conscious of the investment of my time and resources.  I used to be more impulsive and wouldn’t diligence as much because the value of MY time was much lower and I had substantially fewer truly “good opportunities.”

So net/net, I don’t fear failure any differently, I just do more to avoid it out of respect for my time and confidence in my ability to succeed.

Picked up the phone and starting networking.  Zero hesitation.  Learned as I went.  Pitch got better, value-add got better as I went.

Networking is the best.  We have also found a lot of value in self-publishing which for us was contributing editorially to industry publications.  We’ve used PR agencies as well.

To not hire someone for cultural reasons even though I knew this candidate would be a massive value add.

Creative thinking and an aggressive approach to growth.  An ability to always innovate, always optimize, always grow…I only feel like I am working if I am actively building a business rather than operating a business.

In the past, I have said that the only work I like is the work associated with making money, spending money (even wisely) is the easy part…anyone can do that…. it’s generating revenue/opportunity that is difficult.

Most people in my seat would say a really successful uniquely accessed deal, mine isn’t.

My most satisfying moment is nonspecific but it’s the continuous cycle of walking out of meetings that a year prior I wouldn’t have been able to take or perform well in.  It’s the regular markers of continued growth where you take a minute and say…wow, I would have had no shot of doing that last year.

One of my favorite things about the way we grow is that I regularly say if you would have told me we’d be doing what we’re doing a year ago, I’d be shocked.

The one unique part of our business that is intriguing right now is what to do with the massive and growing network of family offices we have created.  I don’t know if this leads to a fund or a self-serving service type business like a multi-family office or just larger co-investment vehicles that would add scale to our current business. We’ll see.

Watch and read Gary Vaynerchuck…also go talk to older people who are out of the game to find motivation and strength to grind hard every day.

I invest in people.  That is our primary cost and also the source of the biggest yield.  If I had to select a product, I would say collaborative software – Dropbox, Slack, Google docs/ G suite.