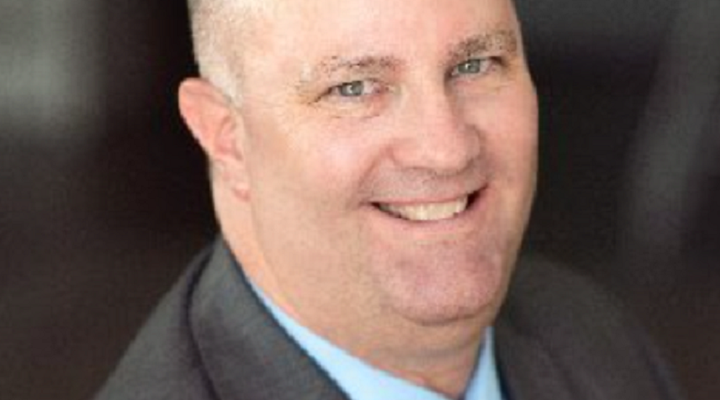 Jeff Neithercutt was born in Northern California and received his Associates Degree in Administration of Justice from Chabot College in Hayward. He then completed a Bachelor of Science at CSU Hayward in Criminal Justice Administration, and eventually completed a Master’s Degree in Cyber Security and Information Assurance with a specialization in Ethical Hacking and Penetration Testing in 2013.

Mr. Neithercutt is currently a Senior Cybersecurity Consultant with a Consulting firm specializing in information, security, and technical consulting. He has 25 years of information technology experience and several industry certifications including Certified Information Systems Security Professional (CISSP) and CompTIA Cybersecurity Analyst + (CySA+.) He is a published author and speaks regularly at industry conferences. Jeff has a decade of prior Law Enforcement experience as both a Police Officer and 911 Dispatcher and worked for six years as an Information Security Analyst and Engineer at a large international bank.

Blockchain of Evidence was an idea my wife Becky came up with after conducting research into using Blockchain in the supply chain to monitor items passing from one location to another. We discovered we weren’t the first to think of using it in the Chain of Evidence, as there are several White Papers out there that talk about it theoretically, but we definitely have some unique approaches to this business.

I have a “day job” working full time for a Consulting Company that focusses on public agencies and entities. I specialize in Cybersecurity and Independent Verification and Validation (IV&V) and am certified in both. I also teach online remote courses for two different companies and provide computer consulting services to a limited number of clients. I’ve also published a book that provides me royalties, and a white paper or two.  I also own a rental property that generates income for me as well.

We are a young startup that is bootstrap funded and we are not yet profitable. Our business plan projects once funded and in production, we could be profitable in as little as three years if our projections for growth are correct.

When you were starting out, was there ever a time you doubted it would work?  If so, how did you handle that?

Every morning when I wake up I wonder if it will work. But I believe in the product and its purpose.

When I started my computer consulting business in 1995 I was working for a major Auto Insurance company as a claims adjuster. Computers were just beginning to be used across networks, and in fact, we were still connecting point to point rather than over any real internet at that time. I became good at helping the other claims adjuster who was assigned to the “Direct Repair Program”, who had participating Auto Body Repair shops who would dial into his computer and upload photos and estimates to repair the damage for our insureds. He was not computer savvy, so when he had an issue, he would come find me.

As a result, I ended up meeting a local Auto Body Shop owner and he and I started talking occasionally over the phone. I got into trouble with my manager at the Insurance Company because I had just had a new baby and refused to come in for “mandatory overtime” on a Saturday, so she fired me. When the Auto Body Shop owner found out I was looking for work, he told me, “If you hang out your shingle and open your own business, I guarantee to cover your bills for the first month.” So I started Computer Integration Services and he was my first customer. He wanted me to be successful and spread my contact information by word of mouth to other Auto Body Shop owners, and pretty soon I had more customers than I could service.

I haven’t really hit on any magic button that seems to work better than referrals. People trust each other, and with social media becoming so difficult to trust, word of mouth works better than any other form of marketing I’ve seen.

I had to decide to curb my enthusiasm for Blockchain of Evidence until we could find a developer to help us get our Proof of Concept completed. We were burning through our own bootstrapped funds too quickly, and we had originally signed up a developer as an equity partner, but he moved on suddenly, so we are back to square one. But with family and professional obligations, I’ve had to slow down and let the business sort of stew off to the side for a few months, and that’s been really difficult because I believe it is more important than anything else I’ve ever done.

My greatest strength is also my greatest weakness. My mother used to say, “You could sell ice to Eskimo’s” because of my enthusiasm about whatever was my latest invention or idea. But that enthusiasm drives me to find ways around barriers I encounter that might make other people give up or quit. It also makes me a little overzealous in my forward momentum, which can make those working alongside me a little stressed and overworked.

I try to temper it as much as possible, but in reality, startups live and die by being “first to market”, so I really need, especially in this crowded field, to keep pushing forward. As an example, we are writing articles, trademarking our seal, patenting our process, and attending conferences on our own money to talk about the business, but we don’t even have our Proof of Concept built and ready to show yet. I like to think of us as Agile, in that we keep moving forward even as some of our processes and steps fall further behind.

In 2019 Becky and I decided to enroll in the Sacramento Entrepreneurial Academy because even though we’d been running my consulting business for 20 years, we’d never put together a business plan, marketing plan, or had to pitch to investors, and we knew we’d need to learn those skills to be successful in the startup world. At the end of the Academy there was a competition where all 10 teams built a conference booth, made their pitch, talked to investors, and uploaded their business plan, marketing plan, and if available, their Proof of Concept or Minimum Viable Product. Since we didn’t have a POC or MVP we were running a long shot at winning the competition, but we were awarded “Best in Showcase” and I was very proud to have won against 9 other very talented teams with excellent product ideas.

Blockchain is growing by leaps and bounds. This next election year is guaranteed to create a huge demand for the ability to validate source for video and photograph files, particularly of the candidates, and I expect we will see a large number of heated debates over whether a particular video by a particular candidate is “real” or a “deepfake.” Since Blockchain of Evidence has the ability to digitally fingerprint the video as soon as it is created, then store that signature on a blockchain that can be verified forever by anyone who wants to, I am very excited about our growth opportunities.

But what I’m most excited about is the potential for Blockchain of Evidence to correct a growing discontent against Law Enforcement. It seems like every day there is another story about an innocent person who spent more than a decade in prison after having been wrongly convicted of a crime they didn’t commit. If you read these stories you almost always find a “problem” with the evidence. Either it wasn’t collected right, or at all, was tampered with, was lost, was damaged, was tainted, or in some other way the ability of the accused to use the evidence to prove their innocence was prevented.

I’ve really enjoyed the book, “Range”, by David Epstein. He’s done an excellent job of explaining why being a specialist, or focusing too much in one specialized area is actually harmful to your growth and knowledgebase. It’s very important to become an expert and knowledgeable about many subjects so that you have a well-rounded and holistic view of the problem you are trying to solve. Many famous business owners have said they no longer look only for employees with a special skill, they want a well-rounded employee with the skills to look “outside the box” and be able to approach a problem from many different experiential areas and backgrounds. Ironically, after a hiatus of many years, computer companies are beginning to hire Liberal Arts graduates instead of just computer science and programming majors, because the Liberal Arts graduates have experience in many fields that appeal to marketing, engineering, social construct, and other areas that need to be addressed when solving a problem.

Pay attention to the details, don’t just push forward without noticing everyone alongside you. It can be very addictive to rush into the melee and crave the adrenaline rush and excitement of the next shiny thing in front of you. Stop and make sure you appreciate those supporting you in your endeavors so that when you need them, they are willing to help. You won’t understand that until some disaster happens. That’s when you find out who your true friends are.

I have been a mentor before and enjoyed it thoroughly. They can reach me on Linkedin anytime.