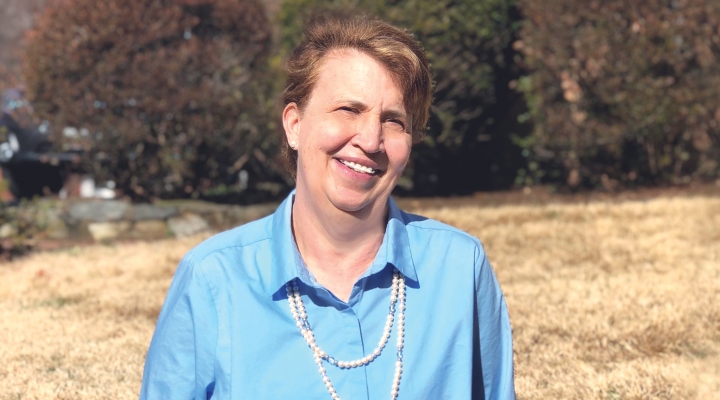 Jeanne Rowzee has had a highly successful legal career with a mission to devote herself to her true passion:  animal rescue and welfare.  Growing up in suburban Maryland outside of Washington, DC, Jeanne was an outstanding student and athlete at The Academy of the Holy Cross in Kensington, MD.  She attended Stetson University in DeLand, Florida on both academic and athletic scholarships, receiving a Bachelor of Business Administration in Finance and a Bachelor of Arts in American History, both with Honors. During her collegiate days, Jeanne Rowzee was awarded Presidential Internships at Voice of America of the U.S. International Communications Agency and at the Office of the U.S. Secretariat for the World Conference on the United Nations Decade for Women of the U.S. Department of State.

Jeanne attended the University of Virginia School of Law in Charlottesville, Virginia, participating on the UVA National Moot Court Team and as a board member of the inaugural Journal of Law and Politics. While at UVA she was hired as a summer associate at the New York City law firm Sullivan & Cromwell.  Upon graduating from UVA Law in 1983, Jeanne was awarded a judicial clerkship with the Honorable Peter T. Fay of the United States Court of Appeals for the Eleventh Circuit in Miami, Florida.  After her clerkship, Jeanne began her legal career as an attorney with the law firm Williams & Connolly in Washington, DC.  She worked at Williams & Connolly from 1984 to 1988, at which point Jeanne decided to continue her career on the West Coast.  She was an attorney with the Los Angeles office of the law firm Whitman Breed Abbott & Morgan before leaving to open her own law firm in Irvine, California in 1994.  Jeanne was the Managing Partner of Rowzee Law from 1994 to 2010.

In fall 2001, Jeanne Rowzee founded Homeward Bound Animal Rescue and Welfare, Inc., a 501(c)(3) non-profit corporation based in California and operating throughout the western United States. In 2010, Jeanne decided to devote herself full-time to Homeward Bound.  In fall 2018, Jeanne moved back to her native Montgomery County, Maryland to assist her aging parents and to establish Mid Atlantic Coastal Animal Rescue.  She hopes to replicate on the East Coast the animal rescue and welfare model that she oversaw on the West Coast.

On the morning of September 11, 2001, I was at home preparing to take my daughter to her first day of Preschool, to be followed by several court appearances on behalf of clients. My family, like so many throughout the United States and the world, sat transfixed watching the first commercial airliner and then the second strike the World Trade Center in New York City, to be followed by an attack of the Pentagon in Washington, DC and the crash of the final hijacked passenger airliner in Shanksville, Pennsylvania.  It was a watershed moment, a day of fear and worry as my immediate family was unable to reach numerous family and friends in the Washington, DC area and New York due to overloaded phone circuits and widespread panic and confusion.  It changed everything for me to witness our beloved country under attack, a feeling that must have been evoked on December 7, 1941 when Pearl Harbor was being bombed.

That experience changed me forever.  It was a wakeup call to how precious and uncertain life is, and to what is important. I wanted to make an important difference in the world, above and beyond those who I had represented successfully in my extremely interesting legal career. I vowed to myself on that terrible day that I would devote myself not only to the best possible legal representation of my clients, but also to the primary passion in my life, other than my precious children; animal rescue and welfare.  I have always upheld the views that animals are innocent. The abuse or neglect of animals, and other groups unable to defend themselves, is a truly unjust matter in our society. My family had dogs throughout my childhood, and in my adulthood; in every instance the dog was a cherished member of our family.  I had no idea how to start down the road to protect animals, but I resolved to myself that day to devote my personal time and resources to doing what I could.

It was a daunting and intimidating proposition to start such an ambitious undertaking as an animal rescue and welfare organization from the ground up.  There was no shortage of deserving animals who were in danger and deserved to be rescued, but at the beginning we had no infrastructure in place to accommodate the volume of animals that were coming our way.  We quickly established relationships with animal shelters in the Mojave Desert surrounding Victorville, California, a rural low-income area where many people allowed their animals to run loose, without being spayed and neutered, with the dire foreseeable consequences of that behavior. To make matters worse, this corridor of California is bisected by U.S. 15, the primary route from southern California to Las Vegas. I quickly learned that people regularly dumped their animals by the side of the road on route to their Vegas getaway. We quickly started from scratch to implement all the mechanisms that any successful animal rescue organization needs, which includes; relationships with veterinarians, space to house and care for the animals, a foster care network and a transportation system to safely move animals. Also included was a widespread fundraising mechanism and a marketing effort; both online and offline, to spread the word about our available animals.

In the early days, things were overwhelming, and as I was also a mother with small children and an attorney working full time; I operated on virtually no sleep.  I also used a great deal of my personal savings to launch Homeward Bound, something that I was very happy to do but could not continue to do forever.  We had to set reasonable adoption fees and reach out for donations to help fund our life-saving operations.

What is the toughest decision you’ve had to make in your work?

The toughest decisions for me personally are without a doubt when we have had to say no to someone looking for a safe place for an animal. These are times when we were filled and could just not accommodate another animal at that time.  If it were up to me, I would take and save every adoptable animal, but unfortunately that was not possible. I was constantly being told that I couldn’t save the world, but that didn’t mean that I wouldn’t try to do just that.  I was and am buoyed by correspondence and photos from adopters thanking us for their wonderful dog or cat.  A veteran rescuer told me early on that we were making a difference in the life of every single animal who we removed. Each were from a dangerous and unhealthy situation, and we had placed in a loving home.  Looking at it through that animal’s eyes, we changed his or her life forever.  It was good advice, and I heed it to this day.

I think that as with any business, the key to success is relentless devotion. In difficult times, it is important to remember the reason we began what we are doing in the first place.  I also think that it is vital to develop a network of like-minded professionals and rescuers who have the same goal, and who we can reach out to for advice, assistance and encouragement.  For Homeward Bound, we very quickly got in touch with Best Friends Animal Society.  They were the gold standard for animal rescue and welfare, and I am eternally grateful for everything that I learned from those dedicated people.  We visited their sanctuary in Utah and attended several of their star-studded fundraising events in Los Angeles.  It was invaluable to not have to reinvent the wheel in so many aspects of our operation.

One wonderful thing about animal rescue and welfare is that the results are definite, filled with satisfaction and joy in relation to every successful placement of a deserving animal. We receive so much wonderful feedback from adopters, including; pictures and videos of their new animal in their forever home.  One somewhat unexpected source of gratification in our rescue operations is that in many cases, we not only saved the animals, we saved people also.  It is obvious from the feedback that our precious animals in so many cases enrich the life of their adopters every single day.  It really makes you wonder who is doing the saving and who is being saved.  That it is in most instances a win-win situation for all parties involved is extremely gratifying.

With my recent return to the Mid-Atlantic area on the East Coast, I am excited to see whether we can replicate our success of West Coast Homeward Bound operation in an area 3,000 miles away from our seminal non-profit launch.  There are vast regional differences between what is required for a successful animal rescue operation, but there will also be room for set consistency as well.  Having grown up in the Maryland suburbs of Washington, DC, attended law school in central Virginia, and worked for years in Washington, DC; I am familiar with the geographical features that our lifesaving network will be operating amongst.  I also have a group of successful and devoted family members, friends and acquaintances in the area, who will facilitate the formation of the infrastructure that will be needed to create support in our efforts.

Have your experiences as an attorney helped you in your animal rescue organizations and efforts?

Absolutely.  The high-profile and intense litigation that I have engaged in throughout my legal career has taught me that to be successful at anything, you need to devote yourself to the relentless pursuit of your goals, and that you cannot do it alone.  Throughout the process, the road to success is trust and reliance on like-minded collaborators.  Throughout my legal career, what has worked so successfully is to bring the very best people on board and to give them the autonomy to do what they do best.  The most successful businesses in any field are a collaboration, where every single person involved feels a part of something bigger than the individual.  The most gratifying workplace cultures that I have been a part of encourage input from all involved, and each participant knows that his or her opinion is valued and appreciated.  Those lessons have proved invaluable and have served me well in our animal rescue and welfare efforts.