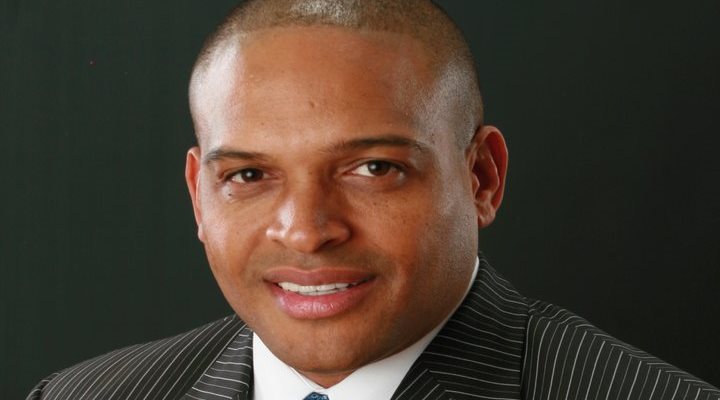 Jay (J.D.) Noland has had a very diverse career. His career started out in Professional Baseball. He played 4 years in the San Diego Padres Organization, 1 year in the Colorado Rockies Organization, and 1 year in the Seattle Mariners Organization. He was a significant contributor in back to back Minor League Championships managed by future Hall of Famer Bruce Bochy (Current San Francisco Giants Manager).

After Professional Baseball, Jay began his career in Network Marketing in 1995. He has built multiple massive sales organizations, numbering over 200,000 distributors, that span in over 50 different countries. He is known throughout the Direct Sales industry as a Master Trainer. He has helped thousands of people reach their highest heights in personal development.

He is also known across the globe for his gift in motivational speaking. Jay has spoken at major events in front of people from all walks of life. He has impacted the masses in a highly positive manner. Personal Growth Training is a great passion for Jay and he considers it an honor and a privilege.

Mr. Noland also spent several years in the Mortgage Banking and Brokerage industry as well, managing and developing a multi-million dollar mortgage team. He is well versed in the world of business, having generated, managed, and produced millions of dollars in major business ventures. His leadership skills have been proven time and time again in many successful companies that he has been a part of.

Jay Noland understands and embraces the concept of what a true leader is. He has illustrated his ability to get hands on with the people, producing results at times that reach further than most ever dreamed.

He has taken a strong position in life by standing for truth and integrity without wavering. Faith, family, and vision embody him. His passion is in the relationships he builds with people. Once you get an opportunity to spend personal time with Jay, you will be impacted in a positive way. He is a visionary with a passion to help as many as humanly possible achieve their dreams.

I got started in Home Based Business/Direct Sales/Network Marketing because I got injured in 1995 and had to have major elbow surgery. I wanted to have control over my financial future. As I began to learn about how to develop my own business, it gave me such a great sense of well being and financial control. This inspired me to want to help as many others as possible feel the same. I started out as a distributor and then went on to become a Master Distributor.

I eventually became a Co-Owner of a fast growing Network Marketing Company named OrGano Gold. From there I went on to start SereniGy. Since then I have authored an E-Book titled “Million Dollar MLM Short Cut.” I am in the process of writing a new hard back book which will be released in early 2015.

I make money through formulating world class products and providing them to SereniGy’s worldwide network of distributors. I also earn money from MLM Training Seminars and through the sales of my book.

The benefit of Network Marketing is that as a distributor you can be profitable very quickly. I started making profits within my first month in the business. As an owner of SereniGy, we turned a profit our very first fiscal year.

I never doubted whether it would work, because I always assumed that what one person can do another person can do. I knew I just had to find other people who had already been successful at what I was doing and follow what they did.

When I started out in the Direct Sales Industry, I got my first customer through making a list of everyone I knew. I then went and contacted them. My approach was simple: I let them know that I just got started in my own business and I needed their help. I asked them to buy at least one product from me one time at retail pricing. I said to them if they liked the product, I would show them how to buy the product at wholesale pricing from then on. I stated that if they didn’t like the product that I would never ask them to buy anything from me again. I just needed their help as a friend in helping me get my business started. Most of my contacts said, “Yes” and bought at least one product from me.

My business is marketed through my distributors who utilize the most powerful form of marketing in the world – word-of-mouth advertising. People know what they like and they know other people who may like what they like.

There is nothing that can beat a personal referral when it comes to marketing. There is instant credibility when someone you know refers you to someone they like. They already are giving a “testimonial” about the product. Word-of-mouth is the absolute best strategy for our business and business as a whole.

One of the major products that I produce is a healthier coffee. Coffee hit a major growth trend over the past 10 years and there is no sign of it turning downward. Approximately 80% of the population drinks coffee on average of 3-5 cups per day.

SereniGy’s goal is to capture at least 1% of the Coffee Market in the next 5-7 years. We feel confident we can capture this goal based on 4 key points:

I’ve had to focus more on building the infrastructure of the company and less time marketing and promoting the company (which is my first love). This has required major discipline on my part, as I have wanted to grow faster but had to make sure the infrastructure was stabilized and could handle the long term growth. I’ve done that and now I can focus more on marketing and promoting.

What makes me successful is my relentless attitude. No matter how many challenges I’ve had to face, I’ve always been able to find a way to adapt and overcome. I always have figured out how to laugh and focus on the positives rather than the negatives.

My most satisfying moment in business was when I was able to help a woman go from being homeless to 2 years later becoming a 6 figure income earner – the tears of joy that I witnessed from being able to see her bring her daughter to a home that she was able to move into. Priceless.

I love to fresh water fish. I love being in the outdoors and experiencing creation. I’m always in awe of how beautiful the outdoor world is.

What is your life’s purpose?

To help others embrace risks, so that they can overcome their fears of risk, which will allow them to do more and become who they really want to be.