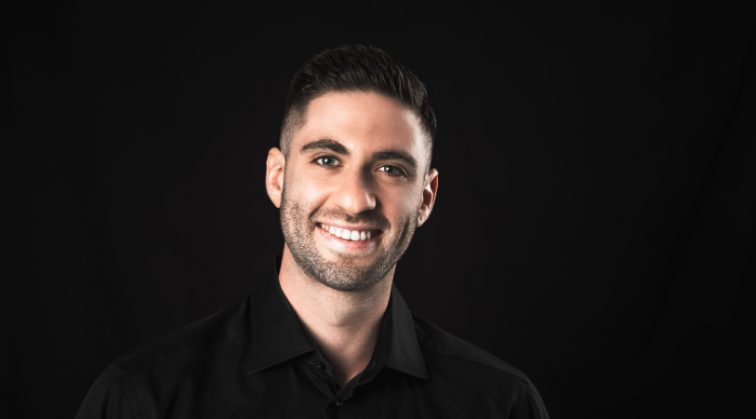 Jason Capital started his first business in his dorm room. Jason failed for 6 months straight before making his first sale. Everything changed when he began focusing on skills instead of outcomes.  Later, Jason went from broke to millionaire in 9 months. Jason went on to become the only person ever to sell over a million dollars online in 5 different industries before the age of 30.  Over the last 12 years, Jason has played college basketball, been recognized by the White House as a Top 100 Entrepreneur, was named the world’s top dating coach for men, helped hundreds of people earn a full-time income from home (including helping create 23 millionaire students in 12 months), and founded a marketing agency called Project Agent where he partners behind-the-scenes with some of social media’s biggest stars and Influencers.

Today, Jason is on a mission to help as many as possible people replace rat-race life with laptop life. He helped 273 people achieve this goal in the last 12 months. He currently lives in Puerto Rico with his girlfriend of 8 years, Nataly and their two French bulldogs.

I was still in college after I stopped playing college basketball. And I took one look around and realized I did not want the normal 9-5 life. I saw online marketing as a way out. I launched my first website (teaching basketball players how to dribble better) but no one cared. I didn’t make a single sale my first 6 months. My friends and family thought I was crazy and there was no way this would work. Fortunately, there was this big online marketing event that was giving away 10 scholarships to young entrepreneurs. I applied but didn’t get one. A few weeks before the event, I got a call saying that the 10th scholarship winner could not attend the event and that I was #11 on the list, did I still want to come? I was so excited. I remember calling my mom to tell her everything was about to change. I don’t think she really believed me but I went to the event and met an internet millionaire named Craig. Craig offered to mentor me for a fee. I felt I had nothing to lose and knew getting a 9-5 was not an option for me so I went for it. Craig wrote my initial marketing plan down on a napkin and told me, “Just follow this plan. Don’t try to outsmart the plan. Just follow it and you’ll get results.” I took Craig’s napkin back to Michigan State University, where I was still in school, and took action on his plan. I made over $20,000 my first month and 6-figures my first year. I dropped out and moved to a penthouse in San Diego. I’ve been building online businesses ever since.

We generate revenue by helping motivated people replace rat-race life with laptop life by plugging them into world-class experts who actually care, and holding them accountable as if they were one of our own teammates. We focus on skills, not gimmicks.

We were profitable our first month. However, I’ve had several businesses that took years to achieve profitability and others that never did. Kaizen is the name of the game.

I believe doubt is just an expression of fear. And often times, when we’re venturing into something new, we feel fear. There’s so much we don’t know. What if we’re getting taken advantage of? What if I’m not good enough? What if I fail? What if I succeed? What we have to remember is it’s not that we’re afraid, it’s that we’re unfamiliar, because it’s new. And how do we make something unfamiliar familiar? Through repetitions. So yes, I feel doubt too but I expect to feel that way. It’s part of the normal human response. I try not to make too much meaning about it.

The same way every business gets their first customer: you generate leads, you nurture those leads, and then the ones that are a good fit for your offer you convert into customers.

Social media has been the biggest for us. You’re able to step onto the world’s biggest stage and connect with nearly anyone on Planet Earth.

We were recently hiring a new Executive Assistant for the company. This is a really crucial role and we found two good candidates early on. They were nearly ideal for the role but they each had a couple question marks around them. In the past, we’d have overlooked those question marks because we needed the role filled fast. But we’ve been studying Amazon and they have a rule called “Bar Raiser” where every new hire needs to raise the bar for the next hire, so the talent pool is always rising. We decided not to hire either of the early, strong candidates and keep searching for a true Bar-Raiser. After a few more weeks, we found her.

There was a moment at my High-Status Summit 2020 where a young man named Connor asked about dealing with peer pressure and caring what others think. We had an amazing talk about it in front of 800 people. It was caught on video, and that video has now been seen over 5 million times. That experience, seeing the lights go on for Connor, was pretty amazing.

We’re in such a new time when it comes to business. Technology is growing by leaps and bounds to connect people all around the world in brand new ways. I’m most excited about finding ways to use this technology to help my clients grow their businesses even faster with all the new opportunities opening up for them. And all the struggles and lessons of leading a bigger and bigger international team.

No BS Wealth Attraction by Dan Kennedy. I believe this is Dan’s best book and something I recommend to all my friends. It helped me get clear on my relationship with money early on and laid the foundation for how I think about wealth and money.

Kaizen. And don’t play the comparison game. Compete with potential, not with your peers.