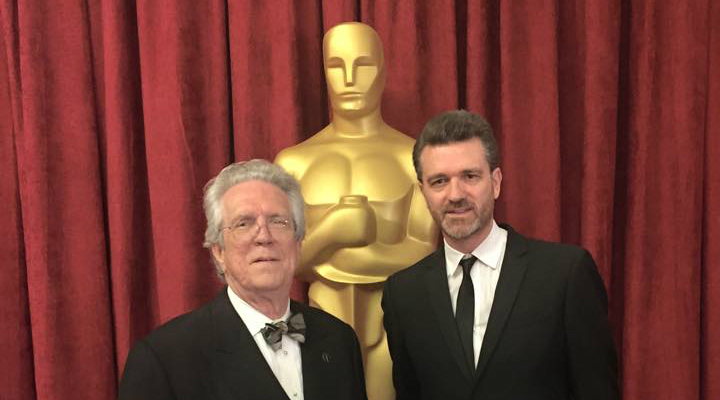 Following 9/11, with music videos suffering, Knight transitioned into Post, beginning in DVD authoring and menu design for VFX films and Anime (Dragon Ball Z). This led to heading up the Entertainment Division of Crawford Post Production (the largest post house in the Southeast), where he expanded business to include ABC (Lost, Commander In Chief), WB (Racing Stripes), Bravo (Being Bobby Brown), UA and Universal among others.

In 2006, Knight joined a Motion Capture company called Giant Studios. There, he managed the Mo-Cap on Prince Caspian, I Am Legend, The Incredible Hulk, Hereafter and Avatar, which revolutionized the VFX industry and has made Motion Capture an (almost!) household term.

Shortly after wrapping on Avatar, Knight, with a few others, started BluStreak Media. Complete with a motion capture stage; BluStreak Media is housed on the Universal Studios lot and has since worked on The Amazing Spiderman, Wolf Of Wallstreet, Batman, and some (unannounced) Xbox games.

Since 2015, Knight has been the Virtual Production Director at AMD.

It came from the fact that we as a team had all worked on Avatar and we wanted to continue working in Virtual Production and Visual Effects. The name comes from Blu (for the Navi’s in Avatar) and Streak (a British missile – since some of us in the team are British!)

Our revenue is made in providing real-time visual effects on stage and also delivering data to a visual effects house or studio. Occasionally we will get asked to consult, or companies will ask us to rent equipment!

I’d say about a year.

We didn’t doubt it would work out, I suppose. If we did, we wouldn’t have embarked on it. I will say that if we knew it was going to be as hard as it was, we likely wouldn’t have done it.. if that makes any sense?

We actually got our first customer thru a referral of a BAFTA member. We cannot emphasize the importance of joining a professional organization enough! It’s thru BAFTA and other industry organizations that much of our networking is done!

Attending industry functions and not being afraid to be an evangelist, when there, about what you do and your company. That’s what we do. Also, speaking engagements help.

Turning away a client.

I would have to say never giving up. It’s a bizarre and humorous conundrum that the more successful one gets, the more the world presents challenges to stop forward momentum. You have to embrace they’ll be failures and learn from them.

The first time we delivered a project that far exceeded this one client’s expectations. The look on his face was priceless and it genuinely, no BS, felt better than receiving a check for the job.

The future of our business is going to be largely in virtual reality (VR) and production of virtual content. I personally am excited for VR mass adoption and the huge role it will play in education and the medical field, despite the fact I work mainly in Hollywood.

The four hour work week! A must read.

Honestly, white board paint. We have white boards in every office, and it’s been a big help. Going into someone’s office and being able to brainstorm visually is a huge help.