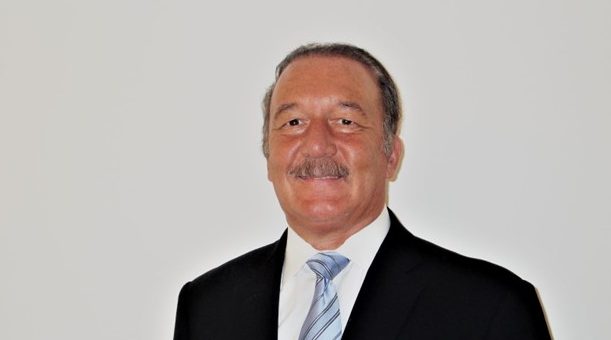 James C. Dragon has had several successes in his lifetime. As a commercial real estate developer and entrepreneur with over 30 years of career experience, James spent nearly 15 years as an attorney. As early as 2000, he worked in the commercial real estate development industry in Boston, Massachusetts. He is currently the managing partner and owner at Central Plaza Realty and Development Company.

James Dragon is passionate about commercial real estate and development, particularly in his local city of Lowell in the greater part of Boston.

Acquiring Central Park Realty shopping center in 2000 wasn’t his first step into real estate. Between the late 1980s and early 1990s, Dragon was a co-trustee of Athenaeum Realty Trust when the organization bought a 110,000-square-foot high-rise building in Lowell. The building was to be renovated, serving as the law school for Emerson College.
Although the project was canceled by Emerson College, you can see that the commercial real estate bug had bitten Dragon long before the days of Central Park Realty.

When James isn’t working and bringing his successes to life, he has always had an interest in sports, especially baseball. Dragon played basketball as an undergraduate and coached youth basketball. In addition to having part-ownership of the New Bedford Bay Sox, he has participated in and been a part of many amateur baseball teams and even coached youth basketball. As a lover of the sport, James organized and managed the first-ever American Legion baseball team in Tewksbury, which made the playoffs by year two.

James C. Dragon graduated from Lynn Classical High School in Lynn, MA, in 1971, where he played varsity basketball and golf. He earned his bachelor’s degree from the University of New Hampshire and his law degree from the New England School of Law in 1983.

I began my work as a commercial real estate developer in 1986 when I was a member of a joint venture that purchased a 110,000 sq ft building in Lowell, MA, to house Emerson School of Law, which was to be affiliated with Emerson College in Boston, MA. Just a few months before the Law School was to open, Emerson backed out of the deal. In 1988, I began practicing law in Massachusetts, simultaneously continuing my effort to obtain commercial real estate properties.

From 1988-2000, my primary income source was from the practice of law in Massachusetts. From 2000 to the present, my primary source of income is from tenants at our commercial properties and interest in our investment income.

I was involved in two prior real estate ventures, which were not successful but felt I could always earn a living with my law practice while pursuing a successful real estate acquisition. The key for me was the realization that working for an hourly wage, even as an attorney, will not always lead to financial independence, which was my goal. So, despite past failures, I continued to look for real estate deals with substantial upsides that could give me financial independence.

I obtained my first commercial tenant at our shopping center with the help of a real estate brokerage house. However, as time went on, I joined a trade group called the International Council of Shopping Center owners/managers (ICSC), which held many conferences where I was able to create personal business relationships with executives from the most successful national retail chains, so I no longer relied on real estate agents for new tenants.

The hallmark of our success as commercial real estate owners was that we always did our ‘due diligence before renting to a particular tenant. Of course, it is important to try to obtain tenants who will pay market rents, but it is more important to lease to tenants who have good prospects for long-term success; otherwise, you wind up paying real estate agents commissions every few years because tenants did not succeed. Before we leased to tenants, we did our own market survey to determine if a particular tenant had good prospects for long-term success. If not, we did not rent to them regardless of how much they were willing to pay for rent.

It is always difficult to determine if the best decision is to sell a property or hold onto it. Many factors have to be considered before making this decision, but it is imperative not to become ‘wedded’ to a particular real estate property – it’s just land and buildings. You can love people but not a particular real estate property. We sold our signature property in 2021, which was a very difficult decision.

I think my most important attributes are resilience, attention to detail, and the belief that success in business for me has resulted from constantly attempting to nurture good business relationships, which involves paying invoices early and always responding to emails and telephone calls.

It is obviously satisfying to see an increase in wealth, but money, for me, has just been a yardstick for success and provides freedom to do what you want to do and when you want to do it. But, it has given me great satisfaction to learn that my tenants have become successful – especially our family-owned business/tenants. I truly believe that, to a large degree, landlords and tenants are partners and have a vested interest in each other’s success.

We are in a good position, financially, to be able to offer cash for our next acquisitions, which should be a very significant advantage in light of the drastic and recent hike in interest rates. We are bullish on warehouse and industrial property but will probably stay clear of retail and office space for the next 24 months, when market volatility will hopefully subside. We are very excited at the prospect of purchasing cash businesses like golf courses or golf driving ranges, in addition to the land upon which they sit.

The books that have inspired me are biographies or autobiographies about successful people like Warren Buffet and Slim Pickens.

It is OK to be eager to be successful, but in life and in business, it is important to step on each rung of life’s ladder – because if you skip a rung, at some point in the future, you will probably have to go back and step on the rung you skipped in order to be successful and happy.

Of course. I can be reached via my business email address; centralplazarealty@yahoo.com