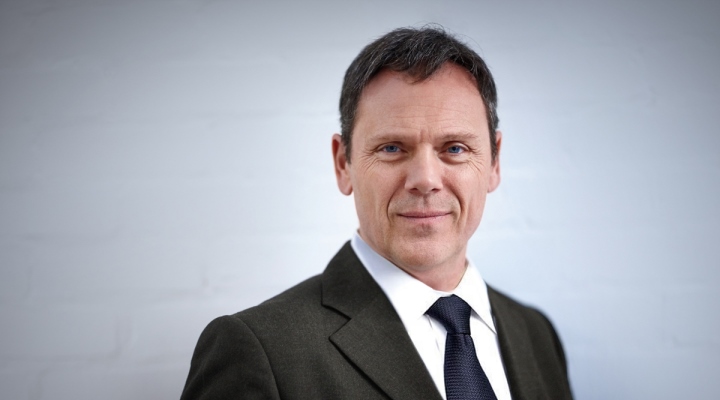 Jacques Piccard was born in Nyon, Switzerland in 1970. When he finished his secondary education, Jacques chose to study in London.  After a short stint at a small academy studying basic economics, he returned to Switzerland to proceed with his first of many apprenticeships. He promptly concluded that, though the educational possibilities were endless, his method of training was much more suited for the real world where he studied with a series of teachers including Pierre Durand and Julien Beaulieu, concentrating largely on import/export trade analysis and global financial forecasting. Jacques, following the supervision of his former teacher, was presented with the opportunity to move straight into a research analyst profession with Perenco where he took the opportunity to travel the world and see the globe’s ports of call. At the end of 1992, recruited by the New York-based global investment bank, securities trading and brokerage firm, Bear Stearns, Jacques served in many research positions and created an Economic Trend Forecasting and Mapping system that was used by Bear Stearns Asset Managers companywide. Jacque left New York City in 1994 to take a private research position alongside former apprentice master Pierre Durand in Marseille, France. Jacques worked with the autonomous economic firm until 2003 when he moved back to Switzerland to continue Durand’s work. Jacques also began his private school of economic instruction from his home in Lausanne. During that time, Jacques was recruited to consult on a concept for a private international container leasing company. And from this opportunity, he co-founded and became the Managing Director of Davenport Laroche, a shipping container investment firm, where he serves today.

Container leasing began with the introduction of the first container in 1956 and grew. It has eternally been an industry-specific profession and seen as an investment channel only for people in the industry and some very specific institutional investment professionals. When the global economy failed in 2008, we saw the possibility to bring container leasing to the private investor, who needed something Harmless, Steady, and Effective – containers deliver that.

In our industry, business is NOW, so we have to act without delay. When we have an idea at Davenport Laroche, the team discusses it, we make a backward plan, give instructions to those who will execute it and begin immediately. Unnecessary delay is counter-productive and unprofitable. We make money by acting on our business plan and movements directly.

We kept costs as low as possible from the beginning, and before we began expanding, we made sure that our existing regions were profitable for a consistent amount of time. Honestly, the business started to pay for itself within the first twelve months that we began to offer shipping container investments directly to the public to add to their investment portfolios.

I had already been in the economic industry for so many years and with time, comes understanding. When Davenport Laroche contacted me initially, I did not think that I was the correct person to take the helm of this massive investing ship, but within a year of inundating myself with the history of the container business, I was able to marry that research with my vast economic understanding and felt very capable of the job.  It also helps that you align yourself with the smartest and most hard-working team in the Pacific

I had the whole team call one family member. That was how we established our first round of investors.

I say this in every interview but we have a backward marketing plan. Results first, then work backward from there

We were working on landing a huge government contract that was going to help make Davenport a leading shipping container company in key areas where our business needed greater visibility in a last-minute change, I decided that we needed to sell a large portion of the oldest container shipping fleet early in order to allocate funds correctly to guarantee that project was secure.  The best news was that we landed the big job and our clients received pay outs for their containers early. It was a true win-win.

I like to think that the most satisfying moments in my career are still to come.

Expansion into a few places around the world that we have yet to touch and I am so excited to see that our business endeavors are being received so beautifully across the globe.

The Art of Worldly Wisdom by Baltasar Gracian. This is a reference book with 300 unusual proverbs that I find necessary for dealing with personalities, business and life in general.

I bought a birthday gift for a client’s son. His mother was touched and introduced me to her Father who has become an important client.

What is one failure in your career, and how did you overcome it?

Many times during my professional years, I should have stood up to non-producers. I should have been ruthless and quick and not allowed them to have any more influence than they might have gained and utilized up to that point. It is necessary when you are dealing with a person like this that you recognize it and take action quickly. Procrastination does not cure you of the dilemma but allows its sparks to kindle.

I mastered this vulnerability by obtaining a method used by the Soldiery and selected an accomplished Chief of Staff to solve these kinds of intricacies for me.

What is Davenport Laroche?

Headquartered in Hong Kong, our strategic position in the region enables our investors to profit from the most active trading market on the planet, China.  As the world’s favored container agent, our in-depth understanding and global network allow us to unite shipping container purchasers with merchants seeking to rent or buy containers for their commercial trade needs.