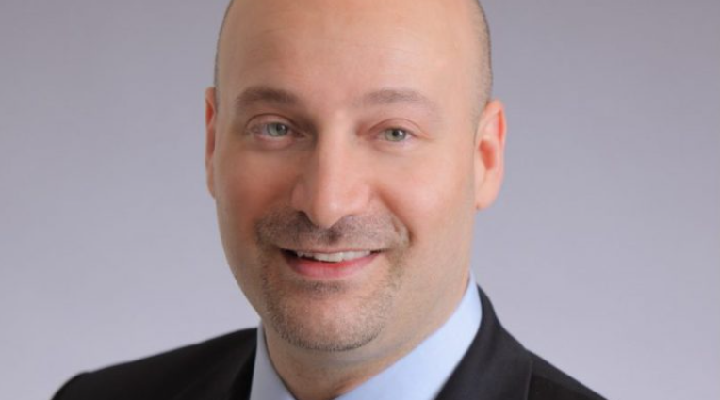 Jacob Gottlieb is a seasoned investment professional and was most recently the Managing Partner and Chief Investment Officer of Visium Asset Management, an alternative investment advisor dedicated to generating absolute returns.

Jacob founded Visium in November of 2005 with his team of 20 investment professionals from Balyasny Asset Management (“BAM”). Prior to joining BAM in 2001, Jacob was a Portfolio Manager at Merlin and was previously a buyside analyst at Sanford C. Bernstein.

My dad was an economist, and I can remember always having an interest in finance. I even won a stock-picking contest in the seventh grade. He set me up with my own investment account after that. Of course, to a 13-year-old, it’s almost like a game. That’s how kids learn, when they have the opportunity to really try it out and find out what works and what doesn’t. I’m so glad that my parents encouraged me to do that. I started acquiring skills and reading at an early age, and that experience has served me well over the years. I continued to pursue investing through high school, calling my stock broker during lunch and study periods. In college, I was active in the Brown Investment Club and it has continued to be a constant in my life.

In short, I invest. I value a strategy that puts a lot of stress on fundamental research and understanding the long run business forces, which allows me to make educated predictions as to which companies will succeed over time.

I was lucky enough to have been profitable early, at a time that investing long was rewarded by a rising stock market. I had to leave class during the crash of 1987, and fortunately made the decision to add to my positions with good advice. I felt it was the market presenting a discount opportunity born in panic. Only later did I learn of the technical nature of the correction, caused by portfolio insurance techniques.  During college, as I studied economics,  I made poor investments in financial companies and learned some important lessons.  During medical school, I paid tuition to NYU and also to the market learning some other lessons. Years later, by the time I ventured out to start my own business, I already had twenty years of investing experience and a team in place. There have been up years and down years, but mostly up.

Of course. There’s a significant responsibility involved in managing other peoples’ money. I think it’s only natural to have days where you have doubts. Living with uncertainty is a way of life. The most helpful thing for me was to remember that I had years of solid experience, a strong process in place for managing risk, and focus on doing the best work possible and that provides assurance that over time, results will follow the effort and process.

My very first customers were actually members of a golf club where a friend and I used to sell snacks when we were teenagers. It was sort of a twist on that classic lemonade stand idea. We did very well, but of course was seasonal and only on sunny days.

When I ventured to start my own business for the first time as an adult, it was actually Balyasny Asset Management, where I was a partner and participated in the foundation , that provided capital . We continued to manage capital for BAM as we raised outside capital.

The original users of Facebook, people around the same age as Mark Zuckerberg, are starting to reach their mid-thirties, and some have already risen to the top of their fields and are working their way into decision-making positions. Millennials in general have a decidedly different approach to how they respond to marketing than previous generations. They value honesty, approachability, and transparency. They don’t respond as well to a representation of an all-knowing authority figure or some sort of put-on glamour. Their approach is something that, I believe, has affected the way that the older generations respond as well. Their parents are Baby Boomers or Gen Xers, and they’re listening to their kids and being influenced by how they see the world. What is the first thing just about everyone does when they want to know more about a company? I think, more and more, effective marketing is going to be about building a clear, concise message that highlights trust, industry expertise, and relatability, and then using targeted marketing to reach people and pique their curiosity.

The toughest decision has probably been to hold off on making some big decisions. I’ve really been taking my time and planning what my next moves will be. Sometimes to not make a decision is the hardest thing, like the midgame in chess.

I recently read an article in the LA Times in which Kobe Bryant discusses choosing John Williams, one of the world’s most successful composers, and Glen Keane, one of the world’s most successful animators, to work with him on his Academy Award-nominated animated short “Dear Basketball.” He talks about wanting to learn from people who are at the top of their game in other fields as a way improve his own leadership qualities, both on and off the court. I like that approach, and it’s something that I strive for in business. I enjoy having conversations with people in other fields or in different positions within the finance industry and learning about the kinds of challenges they face and what strategies have been important to their success. A collaborative exchange of ideas among people who are really succeeding in their fields is a great concept, not only within a single company, but across industry boundaries as well. I’ve had the opportunity to learn from people and say, hey, that approach worked really well for them. How can I translate that into something that can work for my company? Or, how can I bring this person on board so that we can contribute to each other’s successes?

Another thing that I think has been important to my success is a willingness to fail. The possibility of great success is risky. Sure, it might be a calculated, well-researched risk, but it’s a risk nonetheless. You really have to put yourself out there, and sometimes there will be factors that are beyond your control, or sometimes you yourself will make errors in judgement. Sometimes you have a big failure. In my experience, that’s precisely the moment when successful people will learn from their mistakes and try again. I always try to use a failure, whether small or large, as an opportunity to grow and be a better businessman and a better person in general.

There was a moment at a company holiday party a few years ago when I looked around at this large team of people who were great at their jobs and so collegial with each other, mingling and having a great time. I had such appreciation in that moment for the hard work we had all put in and the fact that we could enjoy it, while being proud that the foundation for that moment was the hard work and dreams that started when I was 13 years old.

A Random Walk Down Wall Street by Burton Malkiel is a classic and one that I read very early on, as is Security Analysis by Benjamin Graham. The Alchemy of Finance by George Soros is also an interesting one for me, because it shows how innovative people can continue to change the way we look at investing. The Innovators Dilemma and the Education of a Speculator are also prominent. I have read many hundreds of books over many years in order to build the business that I had always dreamed of.

This may sound silly, but it was actually a $15 milk frother. I’ve been trying out Bulletproof coffee, and I find that it really helps me stay energized and productive throughout the day. Technically you’re supposed to blend it, but a milk frother is much more portable and easy to use in the office. It does the trick.