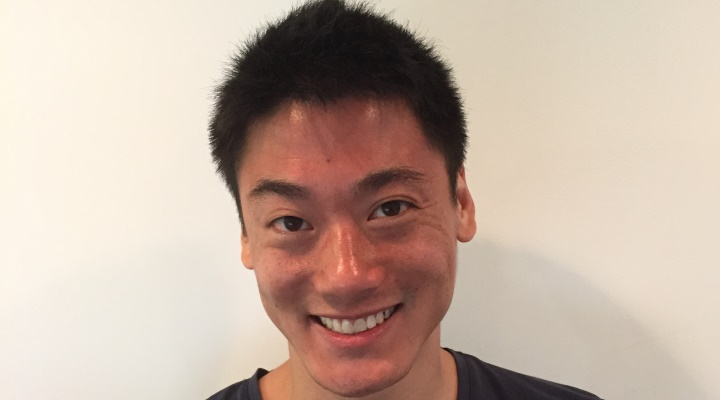 Ian Chen was born and raised in the suburbs of Potomac, Maryland.  After high school, Ian moved to California to attend UC Berkeley where he would earn degrees in Business and Industrial Engineering.

Upon graduating in 2008, he started his professional career as a management consultant at Bain & Company’s San Francisco office.  While at Bain, Ian spent half his time working on corporate strategy cases for large Fortune 500 Tech companies, and the other half working in Bain’s Private Equity Group.

Upon finishing two years at Bain, Ian moved down to Los Angeles to join The Gores Group, a $4B AUM Private Equity Firm focused on leveraged buyouts and operational turnarounds.  While at Gores, Ian looked at over 100 different business opportunities across a wide sector of industries, and also beefed up his financial modeling skills.  After performing due diligence for a year and a half, Gores deployed him to work as an Operator at two of the Fund’s most struggling portfolio companies.  While at National Envelope and Scoville Fasteners, Ian would gain first hand operational experience working directly under each company’s CEO to turn around their business.

It was during Ian’s stint working in Private Equity that he became exposed to the world of bottle service and nightlife.  While going out with his co-workers, Ian would ask himself why it was so difficult to make a reservation for bottle service at different clubs in LA.  Despite the fact that customers were trying to spend hundreds or thousands of dollars, they still had to spend an inordinate amount of time and effort to get pricing information and to submit a reservation request.  When he realized that no one in the space was doing a good job of solving this problem, he decided to team up with two of his close friends from UC Berkeley to start Discotech.

He currently lives and works out of an apartment in Hollywood with his Co-Founders.  Together, they are disrupting the antiquated nightlife market and bringing transparency and efficiency to the space.

The idea for Discotech really came to me from the customer’s perspective.  While working in the Finance Industry in Los Angeles, I used to go out often to nightlife venues with my co-workers and also with clients.  It was during this time that I got to experience first hand how difficult and insanely inefficient it was to reserve tables at nightlife venues in different cities.

After having a number of negative experiences dealing with traditional club promoters, such as having my reservation not go through properly, or being quoted a different price once I got to the venue, I decided to look online to see if there was a company solving this problem.  I was shocked to learn that there were no solid web or mobile solutions.  As a result, I teamed up with a few close friends and we began working on Discotech.

For guest lists, night clubs pay us a per head “bounty” for each customer who signs up on our guest list and attends the venue.

Lastly, for pre-sale tickets that we sell directly on our app, we charge our end customers a service fee for handling the transaction.

Discotech initially launched in November of 2013.  As of yet, we are still not profitable as a company.  However, we have long demonstrated that we are positive from a unit economics point of view.  (We are making more gross margin per customer than we are spending acquiring the customer).  We are approaching break even and expect to do so this year.

There were definitely many times that doubts would creep up on me.  In the very beginning, user acquisition and “usage” (table bookings) were extremely poor.  However, I always stuck through it because I believed in my Co-Founders, my team, and the fact that we were solving for an obvious problem.  I know that our product is superior to the status quo (working with traditional promoters via texts / calls), and that our customers would feel the same way.

We actually started out going to nightclubs in LA and handing out promotional cards and also talking to random people at the venues.  It was very hard work and relatively low ROI on our time.  Eventually, we started using Facebook Mobile Ads, and that proved to be a lot more effective.

Facebook mobile Ads have been a really effective form of paid marketing.

I would say that hiring decisions (who to bring on and who to let go) are the most difficult because of the human element.  That being said, with a start up, you always have to keep moving forward and do whats best for the business.

I would say tenacity and scrappiness.

I remember signing on SBE (the largest nightlife player in LA) as one of the happiest moments in the business.

The future will see us continue to grow in Los Angeles, which is our primary market.  However, we have already started to grow our presence in other major cities.  The future will definitely see us expanding to additional cities and getting more users on board.  I am most excited to see Discotech grow to become an international brand.

Yes, I can be emailed at ian@discotech.me.

What are some other apps that you are currently passionate about?

I am a huge fan of venmo, it’s a great payment platform and it personally makes my life a lot easier.

I also don’t know how I would get around without Google Maps or Uber, they have made transportation / driving so easy.