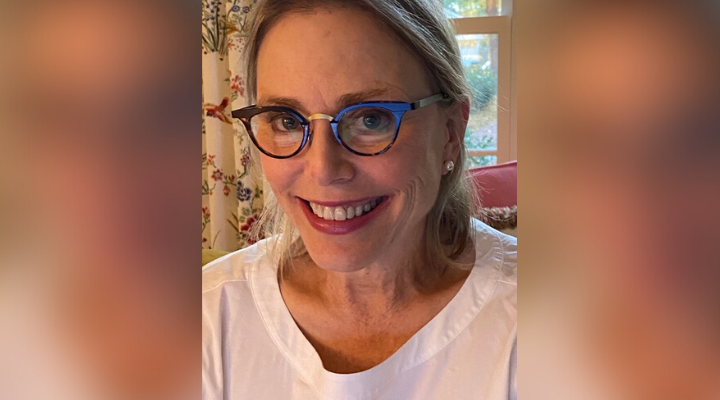 Hallie Gay Walden Bagley is a college admissions essay and application coach. Some folks call her the “essay whisperer.” Known for pulling great ideas and information out of her students, she coaches them to write about themselves in authentic and compelling ways. Hallie Gay honed her editing craft at The Paris Review, the famous literary quarterly begun in Paris France in 1953, now in NYC, a magazine that  “hopes to emphasize creative work—fiction and poetry…and to …welcome …the good writers and good poets, the non-drumbeaters and non-ax-grinders. So long as they’re good.”

Her other distinguishing trait is that she loves helping her students free themselves up to write cleanly and gracefully about themselves. Almost like a psychoanalyst, she digs beneath your student’s surface to find the hidden gems of ideas that will transform a Common App personal statement. Her intuitive intellect is finely tuned to listen to your students for the beautiful moment or idea underneath their story about an activity. This is a true editor and person full of humanity. Hallie Gay believes in education and knows how to help your child put themselves on paper. She is a sherpa walking your child home to themselves.

I always have loved teenagers and always loved English literature and poetry and short stories. It happened quite by accident, even providence was involved, when a friend of my brother’s called me up and asked if I would help her son work on his College Admissions Common App personal statement because he was leaving the next day for school and needed it completed. She said, “Please help, you’ve always been such a good writer.” I couldn’t say no so I went to her home and worked with her 17-year-old son to craft a beautiful but sad story about his best friend who had recently died. On the way home I called my husband and said, “I think I just did what I think I was created to do.” He said, “Well, do it then!”

I make money by spending many one on one hours with each student, sometimes as many as 65 hours per student. We coach their entire college admissions process. People from all over the world (last year I had triplets from Paris France) fly in from wherever they are based and I coach them through their application essays on a long weekend. This ability to coach intensively and with good ideas in a such a short period of time is an unusual thing to be able to do so I make money a bit that way too because folks want their students to get on with their senior years and not have to slog through the whole fall semester with college applications hanging over their heads.

Not long because once the students worked with me, they spread the word. Then because I have low overhead (office is off the back of our family home) and it is just my brain and theirs, no other staff involved to pay. I’m a one-woman shop who works hard to bring students across the finish line, they write everything but I am there coaching the tone, the idea, the strategy of which part of themselves makes it into which essay.

I was lucky because as a family person, and a mother, I didn’t put too much pressure on myself at first. My husband supported me to practice my trade with it in the beginning so we looked at it at first as something I just loved to do. Word of mouth spread and soon I had more business than I knew what to do with, especially given how many hours I give each student.

My first customer came through my cousin. She had a son in law who needed help getting into law school and had had some rejections from his first choice (multiple times from the same school). She knew I was a good editor/writer and asked me to try to help him try again. I did and then a month later the law school called him and said, “ We were going to say no again but your essay convinced us to take a chance on you.” My cousin then called me up and said, “You need to do this!”

Maybe having parents share about SmartWriting on their social media. I also take my business cards with me wherever I go, and because I love what I do so much, that has helped! There’s a lovely story about the business card. I saw an illustration that I admired and through the internet found the illustrator.

She turned out to be a very elderly woman in Iowa. I called her and told her about Smartwriting and my idea for my logo which was a quill pen. She told me she had just stopped her work because at 90 her hands shook. As we hung up, she asked me to send her photos of my ideas which I did.

Then 4 months later, a little envelope arrived in a shaky hand and I opened it up to find an incredible drawing with a pen in an inkwell called IDEA. I almost cried because it was so lovely and wonderful. There on a post-it was the note: “I love how you help young people. If you can find a use for this, use it. I don’t want any payment.”  THAT drawing is my business card.

The toughest decision I’ve had to make in the past few months is how to approach the upcoming season with so many people trying to work with Smartwriting, how to juggle everyone as we approach the Early Admissions deadline of November 1.  And also whether or not to buy small business accounting software.

I love what I do. I love to help young people express their identity and be authentic in written form. I also have very high standards from my double Ivy league days and The Paris Review so I try to coach them authentically and with excellence.

Helping a young man who was aspiring to an elite university school list and was from a doubly disadvantaged background. He lived in the South Bronx and his mother was on disability. Helping him express his inner thoughts and discover his dreams was very satisfying indeed. As a young kid, he had slipped in a hallway full of blood from someone getting stabbed. He was a privilege to stand beside while he wrote honestly and sincerely about his college aspirations.

The future is bright for my business. I plan to do this till I drop because serving others and their ambitions or dreams especially young lives at their beginning is my purpose. I’m excited about one on one authentic self-work.

Deep Work by Cal Newport where he argues that instead of focussing on multiple things at once, focussing on one thing for long periods of time is the best way to produce high-quality work. High-Quality Work Produced = (Time Spent) x (Intensity of Focus).

Grit by Angela Duckworth: A portrait of how the two P’s of perseverance and passion meet in a lot of the world’s high achievers.

Replacing my old 5 iPhone with a new iPhone 11. Just the quality of the camera alone (for video testimonials or pictures of my students) is worth it. Also, don’t forget that inquiry into good small business accounting software… lol.

Tell us about your most difficult coaching experience.

I had a beautiful young woman fly in. From a single mom household, she was blocked and paralyzed in her written work. We began my process. Early in the day, she was incredibly coachable, working very hard and open to my coaching interventions. Then every day after lunch she would get oppositional. The funny part of this story is I called her mother on the second day and said “Why didn’t you tell me?” and the mom said, “I know.” By the end of our time together, she produced the best two essays I’ve ever coached. Quite a journey!