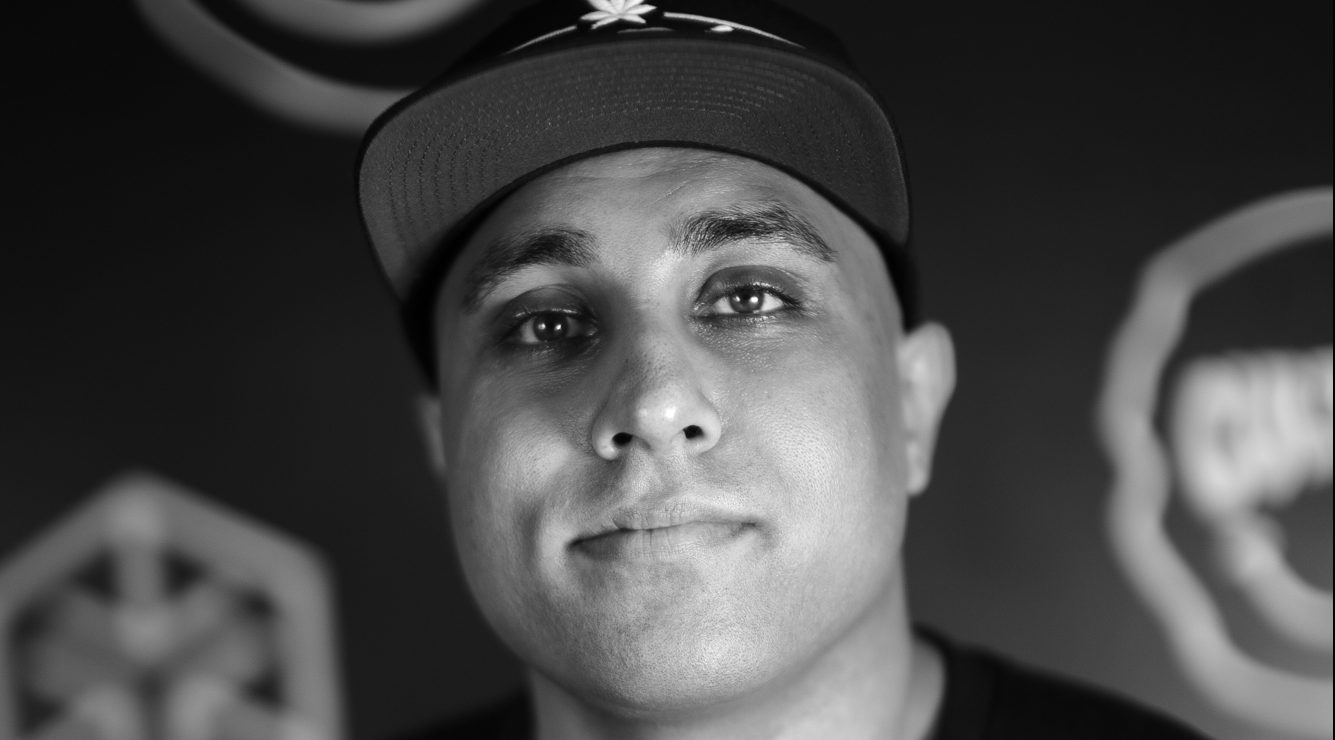 Beginning his career in financial services, Rai handled foreign exchange transactions for large businesses based in the commodities market for the London-based specialist broker First Rate. He later moved into the global carbon market, becoming an illustrious figure within the industry where he successfully brokered an international offset deal with Nike, WinRock, and the American Carbon Registry. This success saw him partner with Sir Richard Branson’s company Carbon War Room at the United Nations’ COP 17 international summit in Durban, South Africa, where he hosted an event at the tender age of 29. Continuing his penchant for spotting trends, Rai became one of the early investors and partners in crypto currency, investing in Ven and becoming the first person in the world to facilitate a commodity trade using virtual currency.

Rai also strongly believes in giving back, and has worked with the United Nations NGO United Sikhs to build a drug rehabilitation clinic in Punjab, India. Working with the non-profit Soles4Souls, he created “The Fire Monkey,” a pair of shoes that retailed for $4 million and were dubbed “the most expensive trainers in the world.” Thanks to the white diamond and blue sapphire-encrusted shoes, Soles4Souls was able to gain significant sums for their work fighting poverty. He also collaborated with boxing legend Manny Pacquiao to fund the first stage of a state-of-the-art boxing gym at a sports facility in the Cayman Islands, providing the opportunity for many to learn the sport who may not have previously had access.

For his latest venture, Rai has been visionary leadership and energy that has inspired the creation of droppTV. The interactive media platform enables views of video content to perform “on-screen shopping” with a single click, giving brands and artists the ability to sell merchandise in their videos. Through their patented “see it, want it, get it” advanced artificial intelligence and smart video technology, the platform gives artists a way to directly monetize their music videos, gaining a steady source of income with no percentage taken by record labels or the platform itself. For Rai, creating an experience is the best way to benefit both the business and the consumer.

droppTV started the way so many other businesses start: I identified a problem and realized nobody had come up with a solution for it yet. I saw this amazing jacket on an artist in a music video and became obsessed with trying to find it so I could buy it. So I begin a deep dive into Google and end up spending practically my entire day searching page after page, trying to find the information I was looking for, but I never did. In the midst of my frustration, I had the thought: “why can’t I just tap on the jacket in the video itself and get a link to the product page to purchase it? Why had that not been done before?” I started to look into it, and I found out that in fact many people had attempted to create a platform like that before but nobody had succeeded in creating a shoppable video experience. Continuing to research, it seemed to me that the reason these other ventures had failed was because the creators never truly created a seamless experience. Their interfaces were clunky, and the links surrounding the video made it feel more like you were being advertised to than receiving a service you actually want. I realized that in order for the idea to work, the experience had to be the key factor. So I put together a great team, and together we were able to accomplish my vision.

The main revenue for droppTV comes from an eight percent transaction fee charged to the consumer as a convenience. This way, you are supporting the artist and helping people discover them, as they get to keep 100 percent of their merchandise revenue.

droppTV was post-revenue from day one of our soft launch. Our first ever dropp generated over $40,000 within the first 24 hours.

Every single day I was told “it won’t work.” I heard this from my peers, business advisors, and even close friends. Some of my friends even distanced themselves from me. I guess they were afraid that my imminent failure might rub off on them. But instead of letting the critics get to me, I used their words to drive myself even harder. I take inspiration from guys like Reed Hastings, who was laughed out of a meeting with Blockbuster when he went to go pitch them Netflix. Look at JP Morgan: in 2017, their CEO at the time Jamie Dimon said Bitcoin was a scan. Now in 2021 they are creating digital assets and buying Bitcoin. If people could see droppTV coming they would have already done it. I guess you could say the negativity keeps me positive and inspired me to keep fighting through the toughest of times.

You could technically say I was our first customer – I had spent years developing droppTV just so I could finally buy what I wanted off the screen. Our first customers besides myself came to dropp because of the first artist we dropped on the platform. Their fans came to not only hear the new track and watch the music video, but also engage with the artist in a new way by shopping directly from the video itself. Through droppTV, content creators have the chance to create direct-to-consumer shopping experiences for their fans. By leveraging their social media following through our development relationship with Facebook and Instagram, they can drive fans directly to their shoppable videos, allowing them to buy merch, exclusive hypebeast products, and more.

The toughest decision we have had to make as a company lately is to say “no” to large sums of money. We have been approached by a variety of Fortune 500 companies offering astronomical checks, but we knew that in taking the funds it would come at a much bigger price. droppTV works because we don’t advertise and we don’t push products on people. Instead, we offer an experience that’s organic and authentic, and if we accepted the money we may not be able to continue offering the curated experience we desire, turning our back on our community and diluting the experiences we worked so hard to build.

I never stop moving forward. No matter the obstacles that get thrown in front of me, I just keep going even after everyone else around me has given up. I think 90 percent of success is just staying in the game, the other 10 percent is luck.

The most satisfying moment for me was when we started making other people money. After looking at our first three-month mentrics, we calculated that our artists were making on average $500 per 1,000 views of their music videos. That was the ultimate validation that we were onto something. To earn $500 on other platforms, an artists would need to have hundreds of thousands of views, if not millions. Since then, many of those who were detractors in the past have now become clients.

With all that’s going on in the world I wouldn’t want to predict what the future holds. That being said, we are lining up some exciting new additions to our ecosystem. 2021 will see droppTV launch its first long-form content pieces, allowing us to become a truly free video-on-demand platform. Through creating original content, we can ensure that droppTV becomes the place where everything “drops” (a Gen Z term for something launching or premiering.) We are also launching our wholesale business-to-business to business-to-consumer platform, which is very exciting and will close the loop for brands and retailers with droppTV. Business-to-business customers will be able to conduct wholesale business from the very same portal they create their direct-to-consumer marketing campaigns via droppTV’s smart video player. We are working diligently to create the next business-to-business omnichannel to give brands and retailers more control.

Another very exciting prospect is our partnership with the holistic premium Cannabis brand TRUFFLEZ. We are working on a regulated structure for purchasing cannabis through your TV screen and delivery to your home or in store pick in legalized States. This is exciting for me as the cannabis industry is being slowly but surely legalized globally and with its health benefits I can see the industry being larger than the tobacco industry. Having a partner like TRUFFLEZ with their regulatory compliant structure and fanatic brand following is the perfect way to disrupt one of the fastest growing industries. We did it with alcohol sales through a music video in 2020 so we have the track record of pulling off the sale of regulated products in a compliant manner!

I am constantly rereading The Four: The Hidden DNA of Amazon, Apple, Facebook, and Google by Scott Galloway. He deconstructs the strategies of these four giants, ignoring the company’s published origin stories and taking a deeper look into how they employed the basic emotional essentials that are a result of our evolution to warp speed their growth. It sounds like a heavy topic, but his style keeps it light and makes for a fun read. I think he was spot on in his observations as to the future of the tech and business world, and I constantly used it as a resource when strategizing for droppTV’s business plan.

Where I grew up, dreaming wasn’t really encouraged. We didn’t have a lot of money, and the hard life that I and the people around me had to live meant that to aspire was setting yourself up for disappointment. I think that even if I was somehow able to go back in time and give my younger self some advice, I wouldn’t have truly believed whatever I said. But if I could, I would convince that teenager who was so disenfranchised that if you can imagine it, you can achieve it. I’m happy with how my life has played out, but I would have loved to have realized that earlier.

Not only am I willing to be a mentor, but I also encourage my entire team to become mentors. This is how we build the next generation of entrepreneurs. I have always focused on mentoring youth from disenfranchised neighborhoods. When you grow up in a negative environment you aren’t given the tools to succeed, and typically you are never taught how to finish something. My key advice to anyone is: you must finish everything you start, or at least see it through to the end. This will help you in every aspect of life. Even if you know you aren’t going to win the race, you still must finish it.