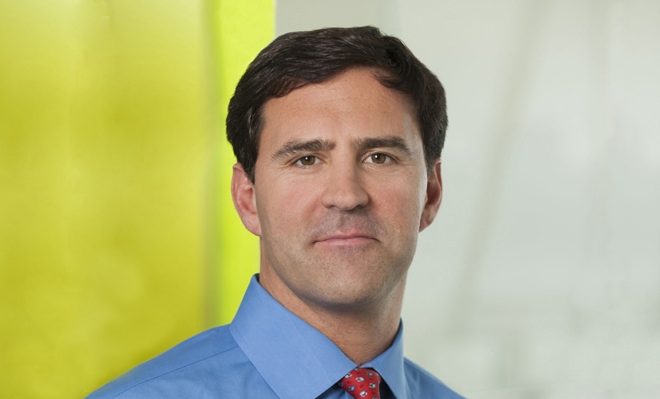 Business Executive and Chairman May 21, 2019

With more than a decade of experience in the upper tiers of the business world, and additional time spent practicing law, Greg Blatt has a wealth of knowledge to share with any aspiring business professional. That knowledge stems from stints as the Executive Chairman and CEO for both Match Group and Tinder. It also comes from his time as the CEO of IAC and as its Executive Vice President and General Counsel.

Can you discuss what pushed you towards law school to start your career?

At the time of making that decision, I had been taking a few years off after my undergrad and I was living all over the place—France, Budapest, San Francisco, Colorado. I was really focused on just doing things I wanted to do. I was working a bunch of odd jobs like bartending and painting houses. At one point I decided I wanted to move on and felt like law school would be something I’d be interested in. I wouldn’t even really call it a career choice at that time. It was just something I wanted to do.

How did your degree in law lead towards your later career?

At law school, I started realizing I had an interest in corporate law and finance. So I went on to work as an associate at Wachtell, Lipton, Rosen & Katz. That was a great learning experience but in the end it turned out to not be what I wanted to do for the rest of my life. At the time I was interested in writing and was working on novels and screenplays so I thought a career in entertainment law might be a logical next step to help support my creative desires. After I made that switch I quickly ended up working with Martha Stewart who was deciding to take her company public. She asked me to be her general counsel and it was too good of an opportunity to pass on. After doing the work for a while I realized I really loved being a general counsel and it ended up being what I wanted to pursue for a good bit of time.

Eventually, I transitioned to a similar position at IAC and continued on there for a number of years as general counsel. After that time I was approached to run the dating division at IAC and I jumped at the chance. I really thought online dating was poised to be a big deal and I wanted to be involved in making that a reality. Later, Barry Diller tapped me for the CEO position at IAC, which came as a surprise to me. I was in that role for three years before moving back to Match because I thought I could help it create more value. It’s been somewhat of a twisting path but I think everything kind of unfolded how it was meant to.

What’s your secret for bringing about action?

Anyone who’s spent time at the top of an organizational structure will tell you that leaders don’t really bring things to life themselves. Instead, they empower others to do so. So my job as an executive is to make sure we have good people in places where they can be most effective. Then I just give them the tools they need to succeed.

Do you have a particular trait that has helped you find success?

I always ask “why.” I think people may find it annoying but knowing “why” is so important and I think it’s critical to seeking out innovation. You might know how something works or a ton of other details about something, but knowing “why” can lead you to non-obvious realizations that strike at the core of what that thing is. That’s where real change and success can happen.

I’ve had more than my share of failures in business, often from companies I started that went nowhere. But honestly, I don’t really consider that to be a failure since you learn why something didn’t work and then apply that learning to your next endeavor. Keep doing that and you’ll eventually find success.

What’s a habit of yours that you would recommend others follow?

I believe in questioning everything up until the moment when you can no longer make changes. After that moment has passed, live with your decision and stop questioning.

What’s a controversial opinion that you hold?

As much as I appreciate the iPhone, I’d really love to have my old blackberry back!

Do you see any exciting trends on the horizon?

Well, I think we’re already there with this one but communication via video is something that holds so much potential. Talking over phone works, but there are so many non-verbal components to communicating fully. Talking with someone over video is something I think will get even more popular in the coming years and will change a lot of how we conduct business.

What’s one piece of advice you’d have for your younger self?

Spend more time in Colorado before you go to law school.

What’s your attitude towards scheduling your days?

I think meetings are important and I use in-person talks to move projects forward. This can be most productive when you have the ability to have an extended back and forth on issues that arise during the meeting. But that takes time so I like to leave my schedule open and flexible because I never really know what I’ll need to focus on during any particular day. So some scheduling is good, but it’s important to have a certain agility built into it as well.

What’s your favorite software or website you recommend others use?

Well, everyone’s probably already using it but I’m constantly impressed by the functionality of the Google apps out there. Gmail, calendar, and all the rest. They’re kind of leaving others in the dust.

What one philosophy do you attribute with your success in business?

Of course, there’s so much that goes into success but if I were to pick one I’d say always cast a wide net. You don’t know where you’ll necessarily find success so try to check as many boxes as possible at first and see where the business naturally goes. We did that with online dating by starting and buying a number of companies and then letting them compete. That eventually led to growth and success as we found what worked through flexibility.