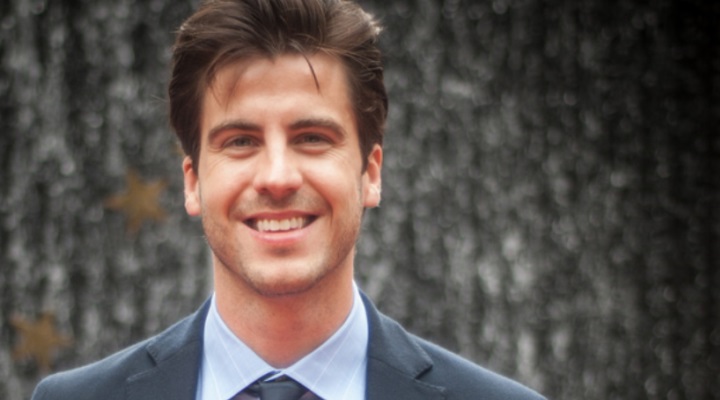 Greg Archbald, founder of GreaseBook, graduated from the Honors College at the University of Oklahoma in 2005 where he received a dual degree in Energy Management and Finance. In 2010, Greg was invited to attend ESADE’s Global MBA program on scholarship in Barcelona, Spain, ranked by both Financial Times and Business Week as one of the top international business schools in the world.

While attending ESADE, Greg was introduced to some of the mobile industry’s brightest mobile app design and development specialists. By combining their knowledge with the exposure he gained from working at his family’s business, SSI (Oklahoma’s leading accounting software provider to over 300 investment, production, exploration, and service companies in the oil & gas industry), Greg immediately recognized how much the owners of oil & gas operating companies stand to profit from mobile apps in the form of increased oil production and awareness of the employee efforts that directly affect the bottom line.

Upon returning to Oklahoma, Greg immediately lured his dad away from his post as president of SSI to consult part-time on GreaseBook’s operations. Greg’s father, Baird Archbald, brings with him 30+ years of oil & gas related software expertise. Headquarted in Oklahoma City, GreaseBook is poised to rock the oil & gas industry. Greg is excited to be home, and is 100% committed to helping independent operators pump more oil, waste less time, and make more money.

GreaseBook got started about 2 years ago. I had worked for my family’s software business, and saw an opportunity to automate some of the headaches oil & gas operators were experiencing in the field – more specifically, issues with their oil production reports and gauge sheets from their pumpers.

GreaseBook is an app ran on smart devices. The app has a web component for the independent operators, too. That being said, GreaseBook is very much SaaS oriented.

Profitablility came quick. It became obvious that there was a real need in the market, and word of mouth continued to spread.

Doubting yourself is normal. I think everyone feels this to some degree. However, the most rewarding instances in my life have come after pushing through discomfort, doubt, and uncertainty. GreaseBook was no different.

Initially, GreaseBook needed someone to work with the app, give feedback, AND allow the company to borrow a little bit of credibility as well. That being said, GreaseBook’s first customer was acquired by giving the app away for free (and that client still uses it for free :).

The toughest decision I’ve had to make in the last few months was to hire on a full-time CTO – someone to own the company’s technology, and reel it in from contractors that were working outside the business.

Simply because I won’t quit. I focus on the few items that will make the biggest impact. I wake up every day, rinse, and repeat.

My most satisfying moment in business was landing our first paying client. Having someone physically take out their checkbook and convert was very satisfying, not to mention encouraging. From that point forward, I knew we were on the right track.

I’m excited and believe the future of GreaseBook is to continue to bring really easy, cost-effective oil production software to the small and mid-sized independents.

I’d love to mentor someone some day. I’d prefer that they live close by.

What’s one of your favorite quotes?

Well, I’m not sure who penned it, but I like “Freedom isn’t gained in a single day”.