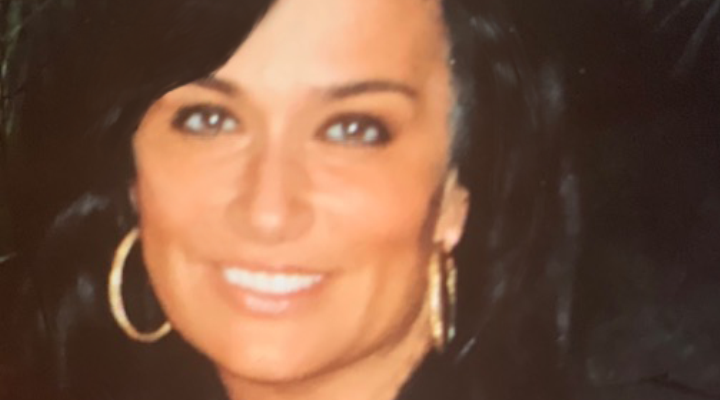 Gia Walsh is a married mom of three, who along with her business partner started a film production company, GiGi Films, about 10 years ago.

Gia Walsh loved movies more than anything, and at this time film was only a hobby. She took a course called Filmmaker’s Dialogue, which really made her understand how the movie business worked and taught her a lot about filmmaking.

In her spare time, you can find Gia Walsh doing anything related to movies, especially going to the movies with friends and family.

How did you get started in this business, and what inspired you to start?

What inspired me to start was my children went to camp and the parents of their friends were in the film industry, and we became very close friends. They were the ones that suggested that producing was a possibility for me. Someone introduced me to a very famous female producer, and during that conversation, everything she said inspired me. She gave me the roadmap to go about this and shortly after that, she introduced me to my producing partner. Then GiGi Films was born.

We produced and financed, my partner and I, our first movie very shortly after starting our business. The movie was made in October, made it into the Sundance Film Festival in January, and it was sold there. We were very fortunate that everything happened quite quickly. We had amazing, incredible producing partners, and a brilliant director in Jim Strouse. The movie was The Winning Season, a girl’s high school basketball movie starring Sam Rockwell, Emma Roberts, Rooney Mara, and Rob Corddry. Margo Martindale. We choose this script because it was a story about second chances and my children were in high school at the time, and I loved the message to young people. I was very excited about being part of telling the story about a girls athletic team. One of the highlights of the film was that my children were put in the background as extras in one of the scenes. To this day when I see the movie, I feel happy.

When you were starting out was there ever a time you doubted it would work?

No, I never doubted it would work. Every day has been so exciting for me. This started as something that I loved just as a hobby, so the fact that I got to read scripts all the time, talk about movie making, learn even more about the filmmaking process and movie industry was all thrilling. I was always very positive and excited, I’ve been the eternal optimist about every film we’ve produced because I really love the material that we’ve chosen.

Talk about an exciting moment for you in your industry.

The most thrilling moment was selling our first film at Sundance. When you buy a ticket, and you go into the movie theatre, and you see that other people are watching the movie that you were a part of, is amazing. To go to the movies as just as a fan, then to be in a theatre with my family, and have other people in the audience that had nothing to do with it watching the same thing and just experiencing the movie, it is thrilling beyond anything you could ever imagine.  This has been a dream-come-true for me.

How do you know which movie you want to do?

It’s when I’ve read a script, and something in the writing really moves me and strikes me, it strikes an emotional cord. I know what I respond to in a film and when I see it on the page, I just know, I don’t know how else to say it, it speaks to me. All of the movies that we have produced, we were lucky enough that they sold at festivals. Whatever it is that moved me or struck me in the script, delivered on screen. Whatever I had a response to in the script, whether it made me cry or really felt for this character, I’m thinking if I’m feeling that way, the audience is going to feel that way. This movie is going to be a good movie.

Choosing between a few different really great quality scripts and projects and deciding how much we could spend our time on, and still be productive.

I love every part of the movie-making process, the actors, the casting. I love the editing, the costumes, the music. There’s not a part of it that I don’t enjoy. I especially enjoy meeting the directors, the writers, the editors, the people that are involved in the process. I love the idea that everyone comes together and it becomes a small family. I love everyone pooling their talents together, usually under some sort of pressure. I like what it delivers. There’s nothing about the process that I don’t like. I love the reading of the scripts, being on-set, editing. I like the process of strategically planning the festivals and which one to market to. All the parts of it, the creative part and the business part, I love all of it. What I love the most is that movies are made by groups of people who are creative, but they have to work together to make this happen. That part, the collaborating, is the part that I think is extremely social, and very fun.

When the audience gets to enjoy my films. When the director of the film has their moment when the movie gets the recognition that it deserves and find its audience, it’s gotten a good response, and I feel like I had any small part in making that happen. When someone says to me that they’ve seen one of the movies and they loved it, it’s the most exhilarating feeling.

Hopefully producing a lot more films. I want to continue to make as many movies, as many quality films as possible. Continuing to collaborate with exciting filmmakers with compelling stories to tell.

I’m most excited about making movies that really have some kind of positive impact when people have seen them. Where the movie inspires someone’s life or gives them an idea, or just makes them aware of something that they didn’t know. Whether that be informing somebody in some meaningful way, or just giving them inspiration. Because different movies have informed my idea of everything about family, romance, travel, it’s impacted everything. I want to make films that are informative and affect people’s consciousness. Some movies are just for the entertainment, but the idea of educating someone and giving them something interesting and meaningful to think about, that’s what excites me.

None, it’s been all film books, but The Wisdom of No Escape by Pema Chodron has inspired me. Because no matter what situation I’ve ever been in, business or otherwise, and I like to think of myself as very positive and optimistic, but everybody needs a dose of realism. That book has been beneficial to me.