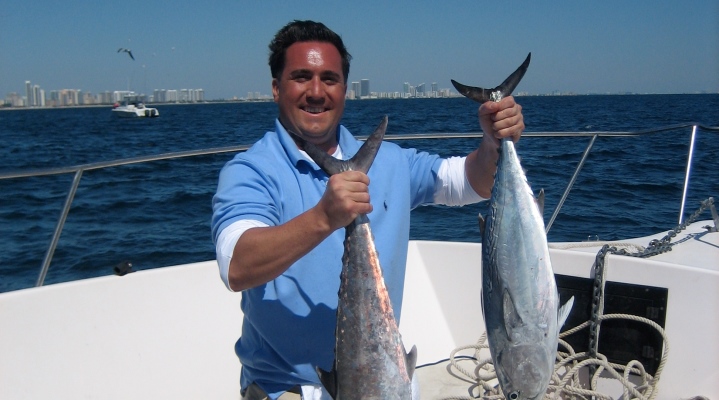 Francis Smookler is the owner of Keep You Funded. With his 20 year tenure on Wall Street, Mr. Smookler was fortunate enough to have had a very good career from which he was able to retire. He was equally as lucky to have another opportunity waiting for him, which allowed him to get into the merchant funding space. It was just few years ago that Mr. Francis Smookler really became involved in the space, where he was able to form a business. His business has a brokerage division where businesses reach out to them when they need working capital. His company is a great business because they are helping people get things completed. Often times, these particular businesses cannot the conventional route and that basically keeps them away from getting a chance to achieve their dreams.  With the funding provided by Keep You Funded, companies are now able to move forward in their newly found endeavor.

Mr. Smookler, how did you get started in this business and what inspired you to start?

I recognized the shifts in banking which included the fact that larger banking institutions were unwilling to lend small businesses money. When I saw that void, I was able to go in and setup a platform which we were able to use to help with their needed funding. Keep You Funded has been very successful and continues to grow as we add more clients to our company.

It took about a year and a half. As with starting any business, there is a learning curve.  Having been on Wall Street, and working in a closely related atmosphere, I would say it took me about a good year to really understand the business. That gave me time to really make decisions that would benefit our company and initially, like in any business, you may look back and say to yourself that you could have done this or that better. I think working the kinks out over the first year was very instrumental in the success now.

When you were starting out was there ever a time you doubted it would work and if so, how did you handle that?

Well I think that anyone who goes into a business and is serious about it, and passionate and realistic, particularly with a startup business, tends to go home many nights and wonder if this is really going to work? And anyone who tells you they don’t feel like that, I don’t think they’re grounded and very serious about what they’re doing. Any real businessman knows the risks and that when you are starting a company, often times it takes time and it takes trial and error. I think that wondering if this is really going to work is common ground among just about every serious person who starts a company.

We get our customers in a myriad of ways, but I would say it is primarily just through word of mouth. The people and company that know us or are referred tend to call us when they need money.

In addition, we have digital marketing in place. Our marketing manager essentially handles our social media and when somebody on social media searches for something along the lines of ‘I need money for my business’ or ‘I need a cash advance for my business’ they will see our company logo find us. I came from an environment where we always sought out the customer. On Wall Street, you called and called and called people to invest with you. With this it is a little bit different, they are calling us. We don’t call anybody, everyone calls us.

What is one marketing strategy that you’re using that really works well to generate new business?

I think there are actually two sides of the world of social media, if you consider the environment that we live in today. If you’re talking to a layman about Facebook, they will generally say it is a place where you reconnect with your college buddies. That is the end user, and that’s what the commercials on television sell; but in truth, there’s a very serious business underneath it. Facebook is one of the highest valued companies in the world. Its chairman is one of the richest people in the world and through that, just like through Amazon or eBay, small businesses are built. eBay began as a platform where you could take an old item from your garage and put it up for sale and then someone would buy it. That is what the end user would see.

From a business standpoint, people were building extensive businesses on eBay and the same thing is happening with Amazon and the same thing is happening now with Facebook. As for Facebook, which started as a ‘catch up with your friends’ concept, there is also a business side of it, which we take advantage of. Unlike the conventional ways of marketing through the newspaper or a Penny Saver, for example, social media really has a limitless way to advertise and to sell whatever it is that you’re selling, as well as get your message to masses. This is essentially going to touch every person in the world that has access to the internet.

What is the toughest decision you had to make in the last few months?

When starting a new business you’re always tooling and puppeteering the finances and having to let people go is really, for me, the most difficult thing.

I think that my previous experience is coming in very handy now. Another big key is to surround yourself with people that are as smart as or smarter than you are.

Starting this new adventure essentially in my basement with four guys and turning it into a $50 million-plus organization inside of three years.

I think we are in the right industry at the right time and I don’t see anything slowing down. I’m excited to keep growing it and hitting the internal benchmarks that we’ve created.

That is a good question! I really like the book Think and Grow Rich by Napoleon Hill.  For a businessman this is not a light read, however I do think that has great information that I think entrepreneurs would greatly benefit from, as well as use to help them and their business grow. The underlying message to for the reader is that things will ultimately work out as you get closer to your goal.

What is a recent purchase you have made that was helpful for your business?

I bought an espresso machine for the office. Business takes a lot of energy and that can help with energy then it helps the business.  It is delicious and keeps us all going!