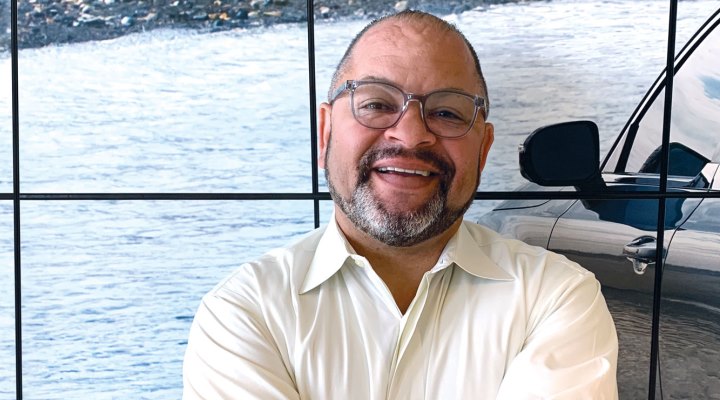 Fortunes O’Neal is the General Manager of Central Kia Plano in Texas. Born and raised in Amarillo, Fortune initially began his working life in a labor position working for a building company. While attending the University of Texas in Arlington, he did clean up and landscaping. After about two years, he decided to take a chance on a help wanted ad and applied for a salesman position at a local car dealership.

For two years, Fortune worked hard to make a name for himself in the business and was promoted to finance manager. When that dealership was bought out by a national corporation, he moved onto a dealership in Dallas where he spent eighteen years growing their business and eventually became a partner. In 2013, they expanded to include the Volkswagen store in McKinney, Texas.

After such success, Fortune took the opportunity to cash out of his part of the dealership and take some much needed time off. He could not stay idle for long, however, so he moved into his current position at Central Kia Plano.

In his free time, Fortune enjoys playing golf and spending time with his family. He also participates actively in his church.

What inspired you to make the car industry your career?

I was in a labor position when I first began working and it did not take me very long to realize I did not want to stay in that field. I was in landscaping and I had terrible allergies. It’s always warm in Texas, so that kind of outside labor could be intense. When I saw an ad for a local dealership looking to hire employees, I thought being in the air conditioning had to be better than what I was doing, and it eventually lead me to where I am at Central Kia Plano.

When you were first starting out, was there ever a time you doubted this was the right career? If so, how did you overcome it?

I never really doubted it was the right place for me. I just thought that this was a great environment for a young man to be successful. Your success is based on your commitment. I put in the energy and effort, and it was a very fast turnaround to seeing success. The potential to make a substantial living, even at a young age, is right there. Really all you have to do is want it enough to work for it.

I walked out and shook someone’s hand. Selling cars is obviously a customer-oriented business. You need to be personable and competent and the buyer needs to know that. It does take a certain amount of confidence to make sure the customer knows they are working with someone trustworthy and who has their best interest in mind.

Is there a marketing strategy that you use to generate new business?

We use the basic fundamentals of marketing; my customer base is built on my friends, family and the people I know from church. Any time we hire a new person, we encourage them to reach out to the people they know. Again, it’s all about trust and knowledge. In the end, people will buy from people they know will do right by them. You can spend money on advertising trying to reach out to all the people you don’t know, but it’s those within your sphere of influence who will seek you out when they are in need.

We have moved away from traditional television advertising. We used this method for many years and severing that commitment was a tough one, but I don’t feel it has the same reach that is has had for us in the past. We are more an online world now and we had to make the choice to move in that direction to keep up with the competition.

I feel all our successes come from the Lord and our blessings.  I am blessed that I am able to coach people and to follow a system that is proven successful. Executing that system every single day takes endurance. I have between 50 and 60 employees and I need to be sure that we are all on the same page and working with the same ideals. You must make sure everyone is singing off the same song sheet. It’s been my experience that if someone gets off sheet, that’s when you may have a problem. Everyone you manage has to be up to doing the right thing every day to be successful.

There isn’t just one. I believe it’s a culmination of several things. Watching someone grow from an entry level position and seeing them work their way through the ranks, that’s extremely satisfying for me. Knowing that I had a hand in steering that person and then seeing them maybe move on to their own shop, that is just a great feeling.

What does the future hold for you in the car industry and what are you most excited about?

We are hoping to build on our success. We will be opening a new Kia store and staffing that dealership. That will allow us to help even more people grow within the next several months.

What advice would you give to someone entering the retail car business as a career?

Hard work pays off. Have the discipline to do this every day. If you put in the work, you will be successful.

I’ve done a lot of sales training. One of my mentors is a coach and professional speaker named Jim Ziegler. He had an impact, especially early in my career. I would adhere to his coaching and it brought me great success. I’ve also followed advice from John Gordon, a motivational writer. He teaches about how energy is contagious and how to set the tone for your staff and customers.