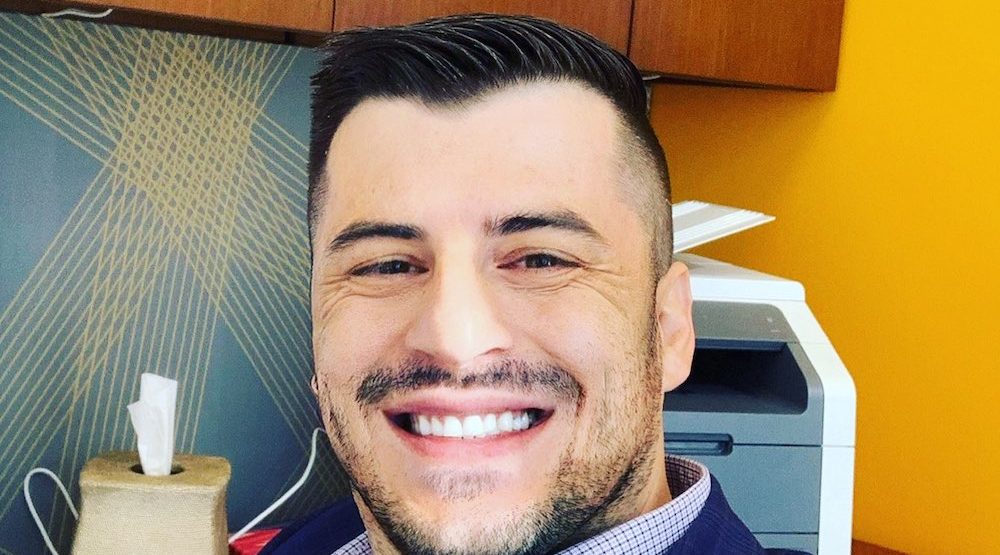 Erta Ikic learned the importance of hard work at a young age. Growing up in Europe, he watched his parents work hard to support him and his brothers. But in watching them, he realized that he did not want to struggle in life as much as they did. This deeply-ingrained wish remained with Ertan and provided him with motivation through school, where he focused on electrical engineering, and during his time in the military. Once he returned home from duty, Ertan Ikic immediately began working with his father at the family’s construction business. Using the knowledge he picked up along the way, Ertan soon pursued his own entrepreneurial instincts and opened his own company selling cars.

After marrying his wife, he began his next big adventure by moving to the United States in 2007. There, he found stability for his young family by working in factories. Ertan also found that he had a pronounced talent for talking to people, and while doing that, met many people who he felt would be better suited in different lines of work. Around that same time, the company that his wife worked for needed help finding new employees, and Ertan took it upon himself to step in and assist with the search. What resulted was a full-fledged success, with Ertan almost single handedly filling every vacancy. Indeed, this skill seemed to come so easily to him that he decided to pursue it full time.

With the same tireless energy he had shown in school and in the military, Ertan Ikic soon learned to hone his talent for finding high-quality job candidates. Presently, he operates a recruitment service doing just that. To further this endeavor and solidify his business, Ertan networks consistently, always searching out new information, keeping his mind open, and learning as much as he can about the people around him. Whether it be wait staff at restaurants or factory workers or customer service representatives employed in retail, he is always looking for people with unique skills that could translate elsewhere. It is the satisfaction of matching the right people to the right job that keeps him motivated daily.

When he has spare time, Ertan Ikic enjoys surprising his wife and kids with spontaneous day trips and vacations, often traveling to theme parks or beaches. He and his family currently reside in Rancho Santa Margarita, California.

Where did the idea to become a recruiter come from?

Talking to people has always been something I was good at. I love to meet new people and learn about their lives. It’s been very rewarding to transform something I really enjoy doing into a successful career. The idea came from seeing my wife’s company struggle to find the right people to fill certain vacancies. One day, she told me about some of the jobs they were struggling to hire for and I thought, ‘I know some people who could do that kind of work extremely well.’ So, I asked her to let me try my hand at recruiting for them, and it went really well. I was able to recommend enough suitable candidates that they filled all their openings. It was that instance that showed me that I could make recruitment into my new profession. On top of that, though, the human factor also inspired me. I was working in a factory for many years before I became a recruiter. I saw people work ten to twelve hour days while making barely enough money to live on. They hardly saw their families. I wanted to help them find a better life. Back then, I knew so many people that had just settled for factory work because it gave them a dependable paycheck. I knew I could make a real difference for them.

On the weekdays, I am usually up no later than 5 am. I like to work out a little before getting the kids ready for school. After I drop them off, I come home and get to work. I spend my days reviewing résumés and setting up interviews for potential job candidates. I like to follow up with both the companies and the individuals I send. I take a lot of phone calls and meetings throughout the day. I don’t have a specific schedule because I am lucky enough to be able to set my own hours. When the workday is done, I eat dinner with my family and tuck the kids into bed. Sometimes I do some more work after they’re asleep

The first thing I do if I have an idea is to talk to someone about it. I like to hear other opinions on how to make an idea work. It’s important to have a group of people that you can reach out to when you need honest feedback. Everyone needs advice sometimes. Once I decide to pursue an idea, I will come up with a plan and put it into action. I’m the kind of person who always likes to be moving and doing something.

People who succeed in obtaining a better life for themselves. I love to see people pursuing a better standard of life and reaching it. There has been a big change in the workforce over the last several years—workers are demanding more respect and employers are learning that they need to do better for their employees. It’s exciting to see. When labor and management come together, companies flourish. With everyone working toward the same goals, everything just runs smoother. What I do is bring the right person to the right company at the right time. Here’s one of my favorite anecdotes as a recruiter: I met a man at a fast food place in New Mexico. He was clearly experiencing hard times, and noticing this, I bought him some food. I sat and talked with him while he ate and quickly realized that I could help him. To this day, he is one of the most successful insurance salespeople in the state. Moments like those are what I work so hard to achieve. I love to see people succeed.

Making time to relax. If you don’t allow yourself some downtime, you will burn out. Even if you love what you do, you have to take breaks. A small break in the day can make a big difference. When I relax, I like to take walks and listen to motivational books or podcasts. It breaks up the day a bit and helps me to regain focus. Staying refreshed and relaxed always helps you to be more productive.

I spent a lot of years doing work that I didn’t really enjoy. If I could go back, I would tell myself how I could make a difference as a recruiter at a younger age. Had I known then what I do now, I would have started doing this endeavor much earlier. It’s been great making my own hours and getting to enjoy extra time with my family. I would tell my younger self, “work hard, never stop—but do what you love.”

Tell us something that’s true that almost nobody agrees with you on?

Life is too short to waste it chasing money. So many people fall into the trap of being miserable just to earn a living. It doesn’t have to be that way, and it shouldn’t be. It’s important to figure out where your passion lies and pursue it with your whole being. Beyond that, what matters is spending time with your family and, in my opinion, traveling to new places.

Wake up early and work hard. If you say you are going to do something, make sure that you keep your word. The best way to succeed is to be someone others can rely on.

I have always been really good at reading people. Recruiting is not just about finding a good résumé. The person has to fit in with the company and its culture, as well. I get a lot of referrals from people who I’ve worked with before. I don’t burn bridges, so even if it has been a few years since I’ve spoken with someone, I’m able to reach out to them. I also stay in contact with companies that I have worked with before. Fortunately, there has been a lot of word-of-mouth advertising about my recruitment services, too, and that has really helped with growth.

There have been times when a candidate doesn’t show up for an interview. That reflects poorly on me. Early on, I didn’t have a strategy to overcome it, so I had to develop one. Now, when a company asks me for twenty interviewees, I aim for forty. That way, if something unforeseen does happen, I have still fulfilled my promise.

As someone who spends a lot of time looking at résumés, I think creating industry-specific job search websites would be a good idea. Anything we can do to reduce the time it takes to fill a position would be very helpful.

What is the best $100 you recently spent? What and why?

The story I shared earlier about the man outside the fast food restaurant in New Mexico was one of the best purchases I have made in my entire life. I bought him some food, and that paved the way for us to sit and talk. Through that conversation, I was able to learn about him and I was able to help him find a better track for his life. He has since found great success because of that small investment I made. I can’t think of a better way to spend money.

What is one piece of software or a web service that helps you be productive?

I frequently use the major résumé websites, like Indeed and Glassdoor. They have been a huge help in finding great job candidates. I go through résumés constantly. My goal is to have a roster of potential employees available at any time. Those websites have been very helpful in making the right recruitment connections.

I really enjoy several books by John Maxwell. One of my favorites is The 21 Irrefutable Laws of Leadership. It is an excellent book that provides a lot of valuable insights into cultivating leadership roles.

“You will face many defeats in life, but never let yourself be defeated.” — Maya Angelou