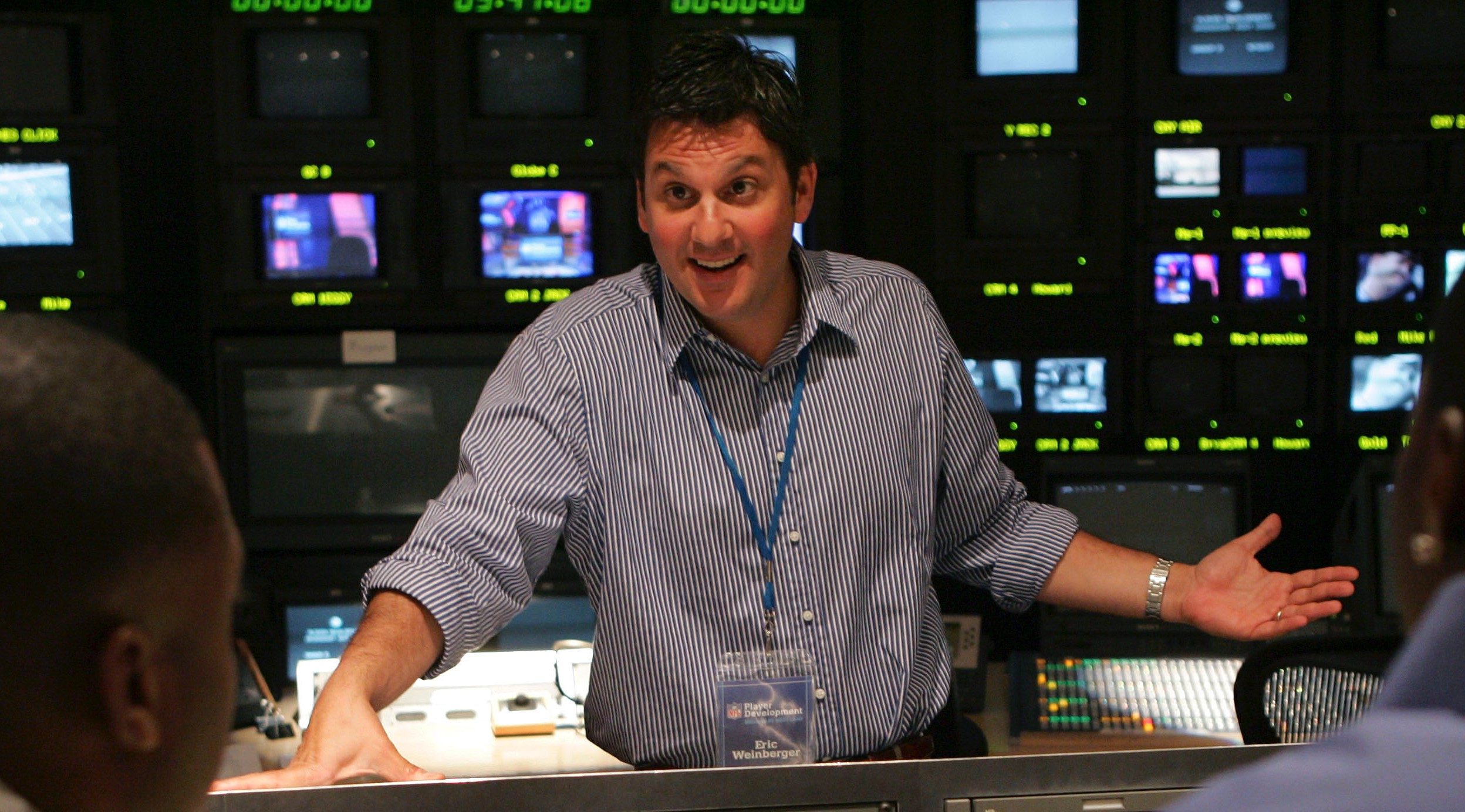 Eric Weinberger is a multi Sports Emmy-winning media executive who specializes in big event live production, long-form storytelling, launching new businesses, the leadership of large teams, and content monetization and innovation. During his 20 years in media, Eric has been a key member of teams that started Fox Sports, built and developed the NFL Network, and created the digital and linear assets for Bill Simmons Media Group and HBO. Eric currently serves as Head of Broadcast and is a Co-Founder of Ring City USA, a professional boxing content company that produces live, weekly boxing events on NBC Sports Network and Twitch.

He launched and oversaw all of the network’s event coverage including Super Bowl Week, the NFL Scouting Combine, NFL Red Carpet, and the NFL Draft. NFL’s production team grew from 20 employees in 2003 to more than 500 in 2015 and the production budget increased from 10-million to 150-million dollars. Prior to NFL Network, Weinberger served as the Senior Producer of Fox Sports’ Best Damn Sports Show Period from its launch in July 2001 through May 2003, where he created and produced the two-hour nightly show. One of the original staffers of the Fox Sports Net team assembled to launch national programming in 1996, Weinberger served as the producer of The Keith Olbermann Evening News from September 2000 to May 2001.

After his time as an executive and executive producer at Fox Sports and NFL Network, Weinberger was named President of the digital company Bill Simmons Media Group and an Executive Producer at HBO in November of 2015. Weinberger oversaw all operations, corporate budgets, human resources, the onboarding of over 70 full-time staff employees, and the distribution of editorial content created by TheRinger.com, The Ringer Podcast Network, scripted and non-scripted projects, short-form digital content, and other creative initiatives as part of a first-look deal with HBO. Weinberger was an executive producer for the Game of Thrones after show After The Thrones on HBO’s streaming services in 2016, and the Andre The Giant documentary for HBO in 2018. Weinberger created a partnership between The Ringer and Twitter on a Game of Thrones after-show, Talk The Thrones, in the summer of 2017.

Weinberger currently runs his own production company and sits on various boards including Hav-A-Sole, a non-profit organization that provides footwear for the homeless, and The California Golden Bears youth hockey organization.
Weinberger is a graduate of Union College in Schenectady, NY, and resides in Los Angeles with his wife and four children.

I began playing college hockey and stopped sophomore year at Union College. After quitting, I began broadcasting the games on the local radio. Thus began the desire to work in sports media. My first job in this field was at ESPN as a Production Assistant in 1994.

I am currently working as President at Bleav Podcast Network. I oversee about 15 people (producer/engineers) that produce audio and video content to networks that distribute over 500 podcasts.

I became profitable once I started my first job in this field. Getting hired as a Production Assistant for ESPN was where I began my professional career.

In the beginning, I was concerned about the competition of very talented people that are in the sports media business. It never made me doubt my skills. I just worked harder and moved across the country when there were job openings. I tried to work hard -if not harder- than anyone else in the business.

Working for ESPN allowed me to get my first customer.

Having patience is the best way to ensure the best outcome.

In November of 2021, I was a member of a team that was casting a new T.V. show and the toughest decision I had to make was deciding who were the 4 people that were going to be part of this talk show cast.

Being very attentive to the people I work with, I love working with a team, and I love to manage and lead young people, guiding them on their path in the media business. I have a lot of patience for teams coming together, coaching new people, and leading them all to come together as one unit.

Being part of the original group that started the NFL Network in 2003. I hired and cast the first group at the NFL network.

I’m most excited about how the sports media business is becoming more digital, going directly to fans and consumers. Digital video and digital audio space are making it so much easier for the fans to consume the sports content that they want.

I would tell myself to take a few more breaths to make a big decision and think things out more as I do now. In my 20’s it was more quick and instinctive decisions.

Yes. Linkedin is probably the easiest way to contact me.