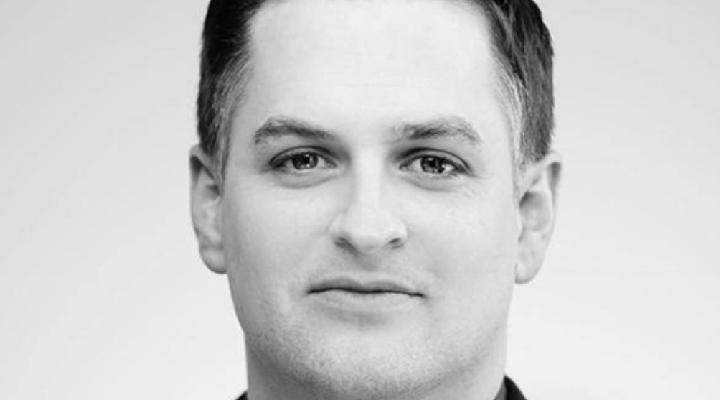 Elysium Health Chief Executive Officer Eric Marcotulli attended Harvard Business School before joining Sequoia Capital as the company’s youngest partner. While at Sequoia, he led growth investing in mobile technologies. It was during his time in Silicon Valley that Marcotulli identified a lack of innovation in healthcare when it came to consumer-facing products, despite the substantial impact of emerging technologies on the larger healthcare market. It was his interest in health management that drove Marcotulli to establish a company committed to developing natural compounds that support health.

The idea has its roots in a case study I read while I was in business school at Harvard. The case study focused on a biotechnology company called Sirtris Pharmaceuticals, which was developing drugs that treat diseases associated with aging (chronic diseases) by activating a group of proteins called sirtuins. How did they activate them? By using molecules very similar to resveratrol, which is found in the skins of wine grapes. Studies on resveratrol showed very promising results in improving the health of animals, but they didn’t translate to humans because resveratrol gets degraded in the body very quickly when you take it in pill form. The company was bought by GlaxoSmithKline in 2008 and they continue to do research on sirtuins.

In fact, sirtuins are now understood by scientists to be extremely important to maintaining health and homeostasis in cells. My own research on the topic led me to Leonard Guarente, one of the leading experts on sirtuins, who became the co-founder of Elysium. At his lab at MIT, the Glenn Center for Biology of Aging Research, Lenny made one of the most important discoveries related to sirtuins, which is that only work in the presence of the coenzyme NAD+.

This, and a wide body of research on the role of NAD+ in human biology, led us to the idea of creating a product that increases NAD+ levels. This is what Basis does, and because it uses compounds found in nature — nicotinamide riboside and pterostilbene — as opposed to drugs, we can take this research and translate it to a product that people can incorporate into their everyday lives today. We founded Elysium because we believe that everyone should benefit directly from the most compelling scientific research related to aging.

The reality is that more than 50 percent of American suffer from one or more chronic diseases, and scientists now generally agree that aging is the biggest risk factor for these diseases. What Elysium offers is an opportunity beyond diet and exercise to be proactive about health — to keep your health — rather than just responding to issues when they happen.

When you’re getting into the health industry, whether you have a background in rigorous scientific research or not, the regulatory environment and the large-scale investment required for long-term R&D create powerful inertia that you need to overcome. The barriers to entry are massive, and that’s daunting. On top of that, there’s the goal of contributing something of true value, which you can prove in a clinical setting, to human health. Let’s call that challenge number one.

Challenge number two, which is not specific to health, is that it takes work to raise money. For us, part of that work involved addressing the first challenge. We were incredibly proactive and talked to amazing scientists, researchers, and clinicians, many of whom now serve on our scientific advisory board. Their belief in the science and in the opportunity to make a real difference by creating the highest quality, carefully studied health products underscored our conviction.

Our first customers were actually a result of our commitment to working directly with those in the scientific community and scientific media. The first official interview we did was with a scientific journal called Nature Biotechnology. We wanted to make it clear that we prioritized our credibility in the scientific community, and I think people appreciated that and found Elysium and Basis as a result. We weren’t solely focused on quickly acquiring customers, but in the long run we felt that this approach would result in informed customers who cared about our mission. We feel that it’s been a success.

We focus on creating a high quality product. This is non-negotiable because, on the manufacturing side, we comply with FDA Current Good Manufacturing Practices. And when it comes to doing clinical trials and selling a product to customers that’s meant to do something — in the case of Basis, to raise NAD+ levels — the product needs to be very pure, and reliably so. So focusing on the quality of the the product is the core of our marketing strategy and everything else stems from that, including how we communicate, what channels we use, and so on.

We have lots of amazing research options and only so many resources to dedicate. It’s incredibly difficult to decide which of the world’s best scientists we’re going to support in terms of research. To give just one example, right now we’re working with Harvard University on a multi-year agreement to fund research projects focused on cellular function and other key modulators in the aging process. Elysium is only the eighth company to be invited to partner with Harvard in this way, and the first project is being led by Dr. Wendy Garrett, Professor

of Immunology and Infectious Diseases at Harvard T. H. Chan School of Public Health. The goal is to better understand the relationship between the gut microbiome and overall health, and in particular the role of NAD+.

We try to focus on the right things, the meaningful things. Specifically, we aim to avoid the conversation about “anti-aging” and really focus on the idea of healthspan, which refers to the healthy, functional, disease-free years of your life. Right now, healthcare in America is mostly focused on treating disease, with just five percent of the National Institutes of Health (NIH) budget earmarked for medical research related to prevention between 2012 and 2017. Of course, treating disease remains a priority. But our position is that evidence-based dietary supplements, those originating from research in naturally-occurring compounds, stand to play a critical role, along with medicines and the many other levers of public health, in the project of improving healthspan. That’s a new approach to healthcare.

Hearing anecdotal feedback from our customers about how Basis helps them. Some people have had life-changing experiences, some sleep better, have the energy to play with their grandkids longer, or notice that their skin looks better than it has in years. This is all anecdotal, of course, but one of the more fun pieces of feedback was from an older woman who said that all of the men in her home — her husband and sons — now “adore her.” It’s really rewarding to know that our product is having an impact on quality of life for so many people.

We are continuing to develop products with the goal of having meaningful impact on people’s lives by leveraging the advances in the field of aging research. This requires ongoing research partnerships like the one I mentioned with Harvard, as well as clinical trials with other institutions. But there are a lot of other projects I’m excited about, like the Elysium Scholars program, which we announced this year. It will award up to five renewable $10,000 scholarships each year to high school seniors in the five boroughs of New York City who plan to enroll in a full-time undergraduate program and demonstrate an interest in pursuing any scientific field of study.

On the product front, our current pipeline includes preclinical and clinical trials for skin, microbiome, muscle, cognition, and circadian rhythm.

Thinking, Fast and Slow by Daniel Kahneman isn’t a business book per se, but it’s incredibly important for business because it explains how we make decisions. Other books include The Power Broker: Robert Moses and the Fall of New York, The Everything Store: Jeff Bezos and the Age of Amazon, and Margin of Safety: Risk-Averse Value Investing Strategies for the Thoughtful Investor.

New office space! It’s important to create an environment where the team feels aligned, motivated, and collaborative. We moved into a new space earlier this year. It’s big enough to accommodate our team, which is growing every week, and it has great spaces for collaborative work and for finding quiet space to think and create.

One thing that’s unique about our company is that we have so many different areas of expertise under one roof: supply chain experts, scientists, legal counsel, designers, writers, and so on. It’s amazing to see everyone work together and learn from each other.

What is it that makes your product so special?

This could be a very long answer, but I’ll aim to keep it as brief as possible and give some links that your readers can follow to learn more.

What we showed in our human clinical trial is that Basis increases levels of a molecule called NAD+ (nicotinamide adenine dinucleotide) by an average of 40 percent. NAD+ is known to decline in humans as we age. These are the fundamentals. Now, why is NAD+ so important?

NAD+ is a coenzyme found in all living cells. Scientists have recently become much more interested in NAD+, but it was first discovered by in 1906, and in fact in 1929 scientists working on NAD+ were awarded the Nobel Prize in Chemistry. The main role NAD+ is in turning nutrients into energy (in science terms, cellular respiration), but it also plays a key role in other essential biological processes like maintaining the health of DNA and regulating circadian rhythms.

As I mentioned before, our co-founder and chief scientist Lenny – among scientists and academics he’s probably better known as Dr. Leonard Guarente – made a very important discovery about NAD+ which contributed to state of the science today. At this point there’s also a wide body of preclinical research — in organisms like mice, for example — showing that increasing NAD+ has a wide variety of incredible health benefits. The key now is to do more studies in humans, which is what we’ve begun with our first study (now complete). We’re working on other human studies related to NAD+, as are other scientists. Our team actually attended the 2017 NAD+ Metabolism and Signaling Conference in New Orleans — Lenny is one of the organizers of the conference — and spoke with some of the leading scientists in the field about why NAD+ is so important to health. I recommend that readers who are interested and don’t mind some technical language read those interviews.

What are some of your favorite moments?

These are the moments I mentioned previously about customer feedback and about publishing scientific research. Beyond that, it’s great for the team and for spreading the word about our mission to improve healthspan when we receive press. We were recently ranked #2 in Business Insider’s story about the hottest startups in New York. There was also a great profile of Elysium in New York Magazine, and it’s always nice to receive positive press in your hometown by such a well-respected magazine.