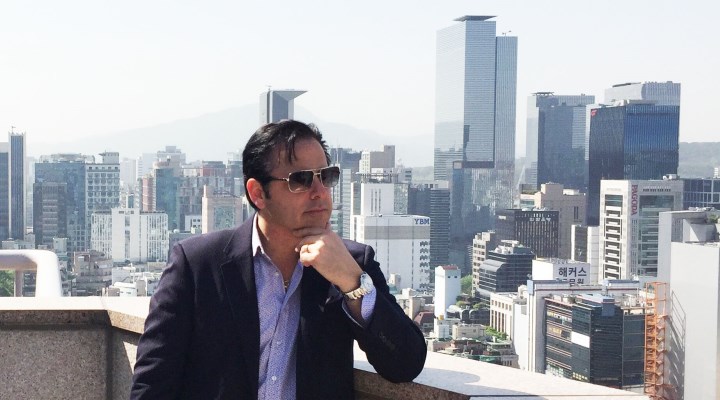 Eric Dalius has been an entrepreneur for nearly his entire career. This energetic dynamo of a man is currently concocting his next strategic plan of action. He is truly one of the movers and shakers of the real estate and marketing industries and does not believe in doing anything half-way or half-hearted. His creativity and ingenious out-of-the-box thinking have made him millions. In the words of George Bernard Shaw, “life isn’t about finding yourself, it’s about creating yourself.” Eric Dalius is the kind of man of which he spoke.

The driving force behind Eric started from his very first job. After earning his bachelor’s degree from Penn State in 1992, right out of the gate he joined MCI telecom. He stayed with them for a year and a half, becoming the number one sales representative in the nation. Feeling closed in by the restriction and being closed into only one region of the country, he left to spread his own wings.

In 1994, Eric started his own business as a Telecommunications Consultant. He began by selling anything from cell phone cards to cell phones and anything related. He was burning the candle at both ends, taking advantage of living in the east. He would continue his work day until the close of business west coast time. However, he made sure to make time to be a little league coach. All of the hard work paid off at that time, and the 90’s rewarded him well.

In 2002, Eric Dalius retired from his marketing career and started a membership-based company. He used a AAA model and created 10 million in sales. He purchased 6 or 7 cash properties. His real education came from a seminar he attended to learn how to cash-out and refinance properties. The method he began to use allowed him to purchase another 42 properties within that same year. He attended the same speaker’s seminar the following year and explained his success to the speaker, everyone in attendance was interested in learning how he did what he did in such a short time.

As Eric engaged the crowd of attendees, in a burst of genius, he created a business on the fly. And so was the birth of “CORE” or Cash Out Real Estate. He explained that it was a membership program that would allow them access to his team of contractors, property managers and finance managers. He told them that he would provide them with documentation for access. When they asked about the cost of membership, he shot back, only $3000. Before he left the seminar, the attendees were handing him checks without question. This very successful venture lasted until the economic recession in 2007-2008.

Eric Dalius has lived his life as a maverick and on his own terms. He’s not done yet. He is taking a well-earned “in between” right now. He is devising “the next half.” Life is not meant to be easy but takes courage: it can be delightful- George Bernard Shaw.

Freedom to do business when I work, how I work, and my own way. I bring a lot of value to the marketplace. I have mentored other people as well. It was hard for me; I didn’t have a direction, and I had to search out my own mentors. Any time I have the opportunity to help anyone out I do. I have the time to retire at 47.

Did you ever doubt that you would make it on your own?

That is an everyday battle that you fight. Self-doubt is precisely what you have to fight. Most people don’t have the stamina to fight it. That is why businesses fail. When they go through their self-doubt, they start believing in that self-doubt. I never believed in my self-doubt. I had a saying written up on my board that simply said: “Today is a great day.” Then you make it great!

In the real estate business, the most important thing is location, and in marketing, it is promotion. So, I went to my manager at MCI at the time and asked him where we got our customers. They asked me who I knew. So, I call some people I know, and I said to them, “I just want to show you a little bit about what I have. If you like it then good, if you don’t, then okay.”

I signed up my first customer and asked who he knew that might want to take advantage of this promotion. He gave me the name, I went over he signed up too. That is how I got started.

I lived my life on referrals. That is what the real estate business is and I never deviated from that. I always got referrals. The question was: how do I do it more? You try to simplify the process. You do that by using the tools around you. Instead of telling a story, I did a recorded message. I would say, hey I have a great promotion and it will take about 15 minutes, I will call you back. So, I leveraged my time. Rather than me telling the story over and over again, I’d send the recording and then I’d call them back and ask them what they liked the best. Now it has evolved to recorded videos and recorded webinars.

To get back to the gym! I worked so hard on business over the last couple of years, and I wasn’t eating well or sleeping well. I realized it on my previous trip to Singapore. They bring you so much food on the flight. I ate all of it and my jeans were getting tight. That is when I realized that I have to get the momentum and get back to the gym. It really was not until June/July of this year that I went back to the gym. I have lost 26 pounds so far. I have made my commitment, I want to start out 2019 with a whole new agenda.

Reaching a million members with my last company project. That has always been my vision for every business I’ve started.

It is all material stuff. You get all the bells and whistles in life, and you enjoy it for a minute, but it is what it is. It will probably be something in real estate. I will go bigger and better in the future.

Now that I have all the success under my belt, I look back and I understand the ups and downs, and I’ve taken some bumps and the bruises. I am excited about having that higher power of understanding. I am also looking forward to giving back. I would like to guide or mentor business people. I have worked with a lot of people in the last 25 years, they come and go, that is just the nature of the business. Sometimes you want more for them then what they want for themselves. I am willing to share what I know.

I started with absolutely nothing. I built a business, then rebuilt a business from the ground up! I know what it is like to have absolutely nothing, I know what it is like to start from scratch, and I also know how to start from the negative. So now I am starting from a wealth of abundance because of all of the experience. So, imagine what my next 25 years are going to be! It is exciting!