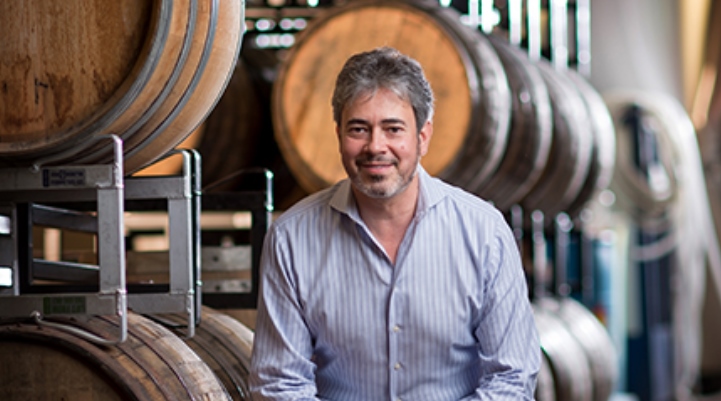 The Canadian beer industry has witnessed tremendous growth in recent times. New breweries continue coming up to meet the ever-increasing demand. Among the top players in the Canadian beer industry is Steamworks Brewery which is part of the Steamworks Group of Companies. Eli Gershkovitch is the CEO of Steamworks. As the CEO, Eli oversees the entire operations of the company ensuring that customers remain happy and satisfied.  The Brewing Journey Eli Gershkovitch founded the Steamworks Brewery in 1995 in Gastown, Vancouver.

The Steamworks Pub was initially to market his craft beer, which was gaining traction in Canada. As an astute businessman who has acquired a wealth of experience, Eli Gerschkovitch knew that expansion would come at a time when demand asked for it. The Steamworks pub opened with a capacity of 184 seats. When they settled for the Gastown location, Eli and his team discovered an old steam pipe that ran through the building. The CEO asked his engineers if they could use it and when they approved, the Steamworks pub became one of a kind.

While Eli Gershkovitch is respected in the beer industry in Canada, his business expertise is what has helped him build a thriving company.  Eli is a lawyer by profession. Before he ventured into the beer industry, he was a practicing attorney in Vancouver. Some of the clients that Eli had needed help with their liquor licenses. As he worked on the licenses, he gradually developed an interest in the beer industry.  An Eye Opener After graduating from law school, Eli Gershkovitch took a break. He traveled to the French Alps where he took art classes, among them skiing. During this time, Eli had his first taste of Belgian beer.

A turning point came in the form of a trip to Heidelberg, Germany where he went to visit a microbrewery. These events were enough to convince Eli Gershkovitch that his future lay in the beer brewing business.  Growing an Empire Eli has overseen the gradual expansion of the Steamworks Group over the years. The Steamworks pub in Gastown opened with just 184 seats. The capacity has grown to 754 seats at present. Also, the Steamworks pub served as a brewpub where customers enjoyed craft beers brewed on-site. The output was limited mainly due to size.

Under the careful guidance of the CEO, Steamworks Brewery has grown from a 2,000-hectoliter facility in Gastown to a 40,000 hectoliter facility in Burnaby. Growing his brand has been at the heart of Eli Gershkovitch’s heart. From the initial pub in Gastown, the CEO opened other restaurants in Vancouver.  Despite the continued success of his business empire, Eli’s dressing is casual, offering him freedom and openness not found among the typical CEOs. In his business, the CEO acknowledges that innovation is critical to the growth of any venture.

Where did you get your business idea?

The idea of starting a craft brewery came to me after I tasted Belgian beer for the first time. This was while traveling through Europe. I loved the taste, and I was convinced that I had an opportunity to come up with a great product too.

How does your normal day look like and how do you make it productive?

After waking up, I go through the previous night’s figures, after which I peruse my copy of the New York Times. I then hit the gym and later head to the brewery for the day’s work. To save time, I take calls while driving (hands-free of course)

I have to fully believe in the idea first. After I am convinced, I can pitch to my team with the hope that they can execute the ideas.

I am an avid reader and researcher. I am also curious to learn new things and trends in business.

I once worked in a stockroom in a large bus garage. The experience taught me  that I was not good at being idle or waiting for instructions from others.

Assuming that you were to start again, what would you do differently?

I would definitely take more risks at an earlier stage.

I always question the conventional wisdom. It is best to test your assumptions before deciding the next move.

Share one strategy that you used to grow your business.

I found that instead of taking equity, using debt as leverage works for the expansion of my business.

I started a restaurant that was out of touch with the customers. I spent some quiet time trying to identify the wrong areas, after which I reworked the elements, persistently till the right result came out. I then doubled down on them and rebranded the restaurant.

Give our readers one actual business idea

As a frequent traveler, I have yet to find healthy food in a hotel mini bar. There is a niche for healthy light meals and snacks.

What is the best $100 you recently spent? What and why? (Personal or Professional)

I ordered groceries online. I ended up saving time, got what I wanted and had some inspiration as well.

What software and web services do you use? What do you love about them?

Facetime is the best. I get to connect at little or no cost around the world.  Apple any day.

Name one book that you would recommend to our readers, and why they should read it.

Spirit of St Louis. It is not a business book but rather a story that teaches about tackling a seemingly impossible challenge.