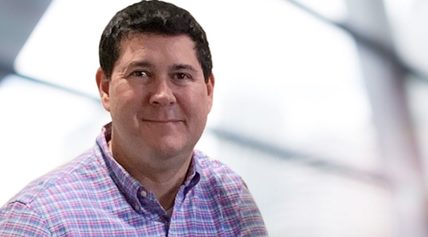 Every now and then, the universe conspires to set marvelous plans in motion to deliver a once in a lifetime lightning strike. If you are the recipient of this fortuitous gift, your name might be Edward Traylor, Owner, and Founder of Aviation and Maritime Technology Consulting Group.

It all began in the soothing warmth of the Bahamas. They were at Staniel Cay Yacht Club sipping refreshing cocktails at the lounge in the very Bahamian surroundings. Two businessmen, strangers sitting side by side enjoying the graciousness of the welcoming environment, struck up a casual conversation. The first conversation was about boats. That conversation led to another conversation about aviation in the Bermuda Triangle. Then came the questions about engineering and ultimately technology. This is when lightning struck. This is when the vacation paradise island proceeded to take its part in the universe’s plan.

He is a seasoned technology professional. He has over fifteen years of experience as a Professional Pilot and United States Master Captain. He spent ten years in Rocket City, Alabama working on the large military base, which is well known for being the research and development haven for all things aerospace engineering related. He spent his career working for companies such as Boeing and McDonnell Douglas. Ed’s specialty was in the Aircraft and Radar Systems Technology field.

Outside of work, what were the chances that Ed would meet the Chief Technology Officer of the leading worldwide maritime technology giant in radar, charting, and boat management systems? The answer is, only at this moment in time, when lightning strikes.

How did you start Aviation and Maritime Technology Consulting Group? What inspired you to do so?

I was sitting in a bar on a somewhat exclusive island in the Bahamas and struck up an engineering-level conversation with the man I was sitting next to. The establishment where I was, is well known for its exclusivity. If you are there, generally you are “somebody.” I just so happened to be sitting next to the Chief Technology Officer of the leading worldwide maritime technology giant in radar, charting, and boat management systems. At the time they were trying to increase their footprint in the maritime market. They were employing innovative radar systems for the general consumer. I had developed some proprietary radar technology and I was able to have a very in-depth conversation about my technology with my newfound friend. He asked if I had licensed my designs and I told him that I had a few provisional patents (at the time, now fully licensed).

We agreed to get together after we all returned to the mainland. He suggested I have my people get a hold of his people and schedule a time to meet. As exciting and auspicious as that may have been, at the time I was a one-man show. I had developed the technology on my own. I realized very quickly that I had to start a business. I established Aviation and Maritime Technology Consulting and started consulting for them. I hired a few more employees to further develop the technology and licensed it to them.

How does your firm make money?

What is your proudest achievement?

My proudest achievements are my relationships and an unwavering commitment to further education.

Doubt is every day. But you have to have at least double the amount of fortitude and willingness to persevere and work harder than the amount of doubt that you have at any given moment. Every morning I opened my eyes, I had doubt. Every night went to bed [when I could…] and could close my eyes to sleep I had doubt. But in retrospect, I believe it was an attribute of a successful person. Because without doubt, you can’t see the other side of that equation, which is potential.

How did you find your first client?

How my first client came to be, was from a very fortuitous night sitting in an exclusive establishment having a frosty beverage and enjoying some time to myself while reflecting on the journey that brought me to this place in The Bahamas. The gentlemen sitting next to me struck up a conversation about boating. He realized that I could be very technical (as was he). So, he shifted the conversation. He began talking about weather and aviation phenomenon regarding the Bermuda triangle. Since I am also a pilot, I could discuss that with him also. The gentlemen asked what my strengths were? I responded jokingly, “finishing this drink and ordering another!” After a couple of laughs I smiled and said, “Technology and Engineering.” It didn’t take very long to discover that I had a developed a prime piece of technology that he needed for his business. My designs could provide them with the ability to take the next steps into the market that they wanted to ultimately dominate.

I am going to have to refer back to rule number two. That is, to always give the extra two percent. I am sure that may be considered a referral, but really, that is how this business works. It is doing exceptional work providing exceptional value, exceeding expectations, under budget and consistently ahead of schedule.

The toughest decision that I have had to make was either to grow the business or accept status quo. That is a recurring theme in all of my endeavors. I have not hit a home run every time. In fact, homeruns are quite rare! I have to decide to either accept status quo or take a leap of faith and invest in my own potential, create opportunity and continue to grow the business.

It has a lot to do with my upbringing. I blame my parents! It is about discipline and being consistent. It has a lot to do with not only work a strong work ethic, but also KSAs which is knowledge, skills, and abilities. The desire to learn more and do more. My dad made me build a brick wall with him when I was seven. The rule was that I would lay ten bricks per day (with weekends off) and I had a year to complete it. We built a complete carport that year. Of course, I had help. But the lesson here is that it taught me to plan, work hard, be consistent and If you invest in a plan, a timeline, and goal you will, more times than not, be successful. It instilled something very positive in me at a very young age, it assured me that there wasn’t anything I couldn’t accomplish if I put my mind to it.

The most satisfying moment I’ve had was the first time that I signed someone’s paycheck. I realized that I was providing someone with an opportunity for success and ultimately a life for my first employee. Truthfully, I feel that every time I sign a paycheck. It is a tremendously rewarding feeling to know you’re helping other people and providing opportunity. You’re professionally guiding other people as well.

What does the future hold for your business and what are you excited about?

I am excited about the potential and opportunities ahead! I would hope that most successful entrepreneurs would feel that way – I believe most do. If there is anything that I’ve learned is not to put too much faith in predicting the future performance of your small business. What’s the saying, “when you make the plans and you hear that laughing, it is God saying, ha no, you don’t get to make those plans! I make the plans!” With that being said, if I continue to be blessed with the ability to create opportunities and have lasting relationships, then the future of my business looks promising.

What books do you recommend to our readers?

There are just so many! To name a few: I am a huge fan of Jim Collins’, From Good to Great. Dale Carnegie’s, How to Win Friends and Influence People. Also, Getting to YES by Roger Fisher & William Ury.

We bought a 5 axis CNC machine and a 3D printer to build some parts for a new idea that I have that I hope will help us take the next step in the evolution of our technology. We are going to prototype and test it and we are hoping that it will be evolutionary in the radar field. The alternative was to commit to a quarter of a million-dollar cash outlay to farm out production of our prototypes. The choice was made to keep it all in-house because it keeps our proprietary R&D proprietary vs. letting another corporation put hands on your sensitive creations and ultimately it saves us money if we don’t get it right the first time (and with such innovation it is rare to get it right the first try)!

Have you ever volunteered or mentored?

I was in the big-brother/big-sisters program for many, many years. I stayed with it until I had to go overseas for work. It was heartbreaking to leave that program. I truly enjoyed it and I am a big believer in that program. I am also a contributor to the St. Jude’s Children’s hospital in Memphis, TN. I am a huge proponent of their operation and a supporter of that program. I believe they are doing the work of God by curing children’s cancer. I mean, really, is there anything better than helping The Children?