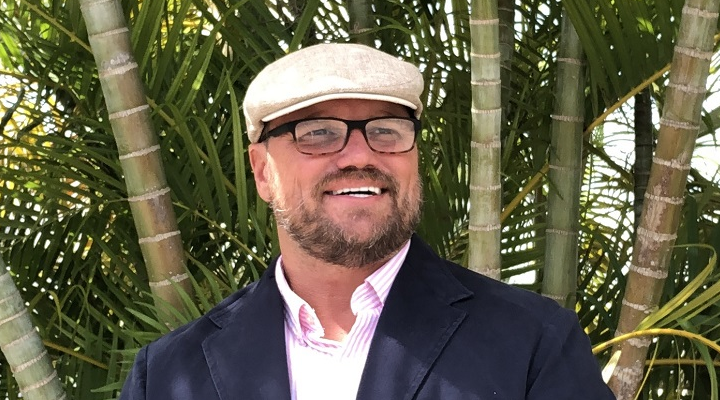 Edward Hausgen is the CEO of E.L.H.B. Consulting and has over 20 years of experience in the financial sector.

Born in Missouri, Edward grew up in Madeira, Ohio. Due to his success as a student athlete, he was highly recruited nation-wide to play D1 football. He ultimately decided to attend Clemson University and graduated with a Bachelor of Science in Business and Human Resource Development.

After college, Mr. Hausgen moved to Long Island in New York. He started his career working with DH Blair and worked with other companies including Prudential, Morgan Stanley, and SunTrust. After more than 10 years of working on Wallstreet, Edward Hausgen moved to South Carolina and worked for Central Carolina Bank, handling more than $200 million in assets. Afterwards, he worked as senior financial advisor for Carolina First Bank. He also served for several years as CEO of Hausgen Wealth Management, helping others find financial independence and overall security.

In his current role as CEO of E.L.H.B. Consulting, Edward Hausgen consults businesses from small start-ups to Fortune 500 companies on best sales and marketing practices.

This was back in 1996 when jobs were scarce. I had just gotten out of college and I could not find any work and was now living in New York which was completely new to me. My mother-in-law at the time worked for a company called Ramsey Realty and Associates, and Mr. Ramsey had a broker on Wall Street. Mr. Ramsey asked his broker if they were looking for somebody. I went down and interviewed and was fortunate enough to get the job.

In college, I had focused on business and human resource development, not finance.  But the job was relationship driven, so I did well because of that. I was able to connect with people well even though I knew nothing about Wall Street or the markets in the beginning. I learned to pitch through cold calling, which really tested my emotional endurance. Back then, you were able to learn the industry as you went, which is typically not the case today as everything is highly regulated, driven by a lot of paperwork, and layered approaches. Given the unethical practices we have seen happening across the industry, I understand it is necessary, but it has shifted the landscape. I was awarded a real-world approach that a lot of others don’t get today. I believe this allowed me to move forward.

The work is fee based. You are getting paid a fee to manage people’s money, so it is fee-based income. There can also be residual income from buying mostly mutual funds and also annuities. Most of it is managed money, so you get a percentage commission based on the assets you are managing. You are working with the markets and with the money that you have to work with to earn your commission.

You can also earn commissions on the spread between the buying price and the selling price of stocks. But now it is so technology driven that the whole world has changed when it comes to that. The spreads are so tight now and there are all of the internet companies that are doing trades for free.

How long did it take for you to become profitable when you were starting out, was there ever a time you doubted it would work? If so, how did you handle that?

It was probably five years before things started to click. I was always profitable. You’re not in the business unless you’re making money and building your clientele. I didn’t start to really expand until I was at Carolina First and then when I started working for the banks I really did well. You can make money when you have access to more assets.  The bank had a lot of assets. I was able to work with the bank and get referrals. Central Carolina Bank had a great program for their financial advisors.  Banks and financial advisors have to stay separate. They are separate entities because of regulatory issues. NCF Financial came in and worked separately from the Central Carolina Bank, but allowed the financial advisors to build relationships with its high net worth clients in order to access more of the clients’ money that was at competing banks and institutions.

I had an office at the bank. I would work with the tellers and the bankers. We would sit and strategize and try to figure out ways of implementing my business as a financial planner and to bring more money to the financial advisor side so that we help grow the assets of clients even more. People were making hardly any money on cds, only 1% to 2%, and I had products where I could get them 6% and 7%.

In terms of handling difficulties, I remember one time when I was working on Wall Street and I went in and I was five minutes late because my train was held up. I got docked a full week of pay. Early on I did not make a lot of money, so I was never late again. It was a very strict environment.

I think college athletes are the best people to hire because they know what it takes to push themselves and they have the determination. I never give up. When I was growing up, everyone said I had a “killer instinct” because I would not stop until I’m the best. I do not give up. I had great coaching and it instilled in me a drive to work extra hard.

When I got out on my own, the first client I got was the guy that had recommended me for my first job on Wall Street. He became my first client and I took him from my broker. I just think he trusted me, and he saw that I knew what I was talking about and I think he wanted a change. I had just bought a home. We were not too far away from each other, and he could communicate with me. One of the biggest things I feel that brokers don’t do is communicate when they should. I always say to people, be proactive, not reactive.  That’s one of the things I took to heart and just stuck with me. It always worked for me because no matter how bad things get, if you communicate with somebody, everything will work itself out. I talked with him and communicated regularly. Just consistently be there for him and eventually I didn’t even have to ask him to change. He said, “I want the paperwork. I want to transfer my account to you because everything you told me has happened. I believe in you, and I want to work with you.” From that, everything else blossomed and grew from there.

Referrals were the best, especially coming from someone who knows who you are and obviously has trust in you. Besides cold calling, referrals from another client, that’s the golden ticket. Getting a referral from somebody is the ultimate compliment.

Being upfront, honest, and constantly communicating with my clients. I’ve never had a complaint because of it. As well, I work hard to reach the goals I set out for myself and I am surrounded by people that love and care about me.

Being a top producer among my peers and achieving the goal that I set out for the year was important to me. The banks all have goals that they want to achieve. The bank wants the money to stay in the bank and in the cds and in the savings and checking accounts so they can meet their goals. If a client pulls that money out of a cd and puts it into stocks, bonds, mutual funds, or an annuity, those assets disappear out of the bank. They have to go in and actually find those assets again. There is a tug of war between the bank and the financial advisor side. I had to struggle with a tightrope so you can appease and please everybody, but yet I would need to get those assets to generate my fee income and grow the bottom line for the company. The overall goal there was to move the assets, but also build the relationship with that person that’s going to last a lot longer and find out where the other money is at another bank and bring that over and I’ll share that with the bank. That was very rewarding for me when I was able to accomplish that. I was able to do that a lot because I build such great relationships with people.

I would consider getting back into financial planning if it was the right opportunity.

Be patient. I had patience, but I don’t think I had enough. Have a good attitude. Save every penny you have but enjoy your life.  I don’t have too many regrets though. I’ve had an amazing life, all due to family and friends and my hard work.

Absolutely. I am willing to be a mentor. Email is a good way to contact me; you can reach me at ed.hausgen@gmail.com.