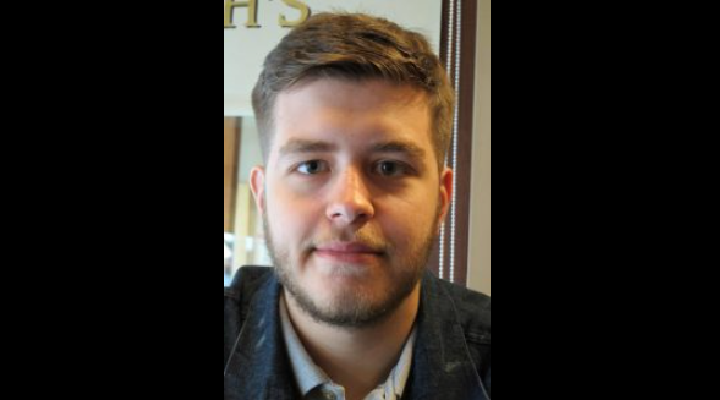 What inspired you to start school for Cyber Security?

I was previously very interested in Chemistry but soon realized how much Cyber Security intrigued me, it is so complex, even at a glance. I also realized that, from a career perspective there is more demand for those with cybersecurity-related skills than for chemists.

Do you intern or do work related to Cyber Security?

Not currently, but I plan to.

What do you plan to do with your major in the future? Do you have a specific focus?

I would like to seek a career in the cybersecurity field, yet I do not have a specific focus.

When you were starting out, was there ever a time that you doubted your major?

That was likely in my first class in the cyber program: Intro to Object Oriented Programming.

If so, how did you handle it?

I knew that despite the difficulty I couldn’t just quit. So I decided that even if it seemed unlikely, I would pass that particular class I knuckled down on my work, and against the odds, I passed it. It showed how the TRUE challenge of the Cyber Program had only just begun.

What is your favorite class?

If I had to pick from what I’ve done already, I would have to say my favorite was the two Computer Repair and Support classes because of the challenge they presented.

What is the toughest project that you’ve had to work on in the last few months?

Well haven’t had any projects yet but I am preparing to take on the Capstone Project Class in the Spring of 2019. In addition, I can say I’ve had some of the toughest classes given the program I’m in.

What do you think it is that sets you apart?

I’d say that I’m a hard worker, kind, compassionate, and generous which shows that I’m always willing to help whenever and wherever I need to.

What has been your most satisfying moment in school?

I’d have to say that my most satisfying moment would have to be when I received my high school diploma and graduated from WMHS.

What are you most excited about as you approach graduation?

Being able to continue on my path both education wise and goal wise after I graduate.

Well if I had to pick, regarding inspiring me with the Cyber program, I’d have to pick two that I’ve read. One being “Ethics: The Essential Writings” which was necessary during my Ethics Class back in Fall of 2016 and gave me a clear insight of how right and wrong are more than they appear to be. The second being “I Robot” by Isaac Asimov, which is Science Fiction based on technology it was a tech-focused book and showed a possibility of what career I could have in Cyber Security.

What would you say is the most useful piece of knowledge/advise you’ve received as you approach a career in Cyber Security?

I’d have to say the most useful piece of knowledge I’ve received during the program thus far would be the utmost fundamental knowledge to be able to program and troubleshoot because without those the rest of the more advanced knowledge would be useless.

Leave us with one point that few individuals know about you and your aspirations.

I wish to be able to live on my own while maintaining a job and what soon, in the far future, would be a career in the Cyber field. Perhaps something in the same area of work as my parents which though I can’t specify what that is; all I can say is that they work for the government.