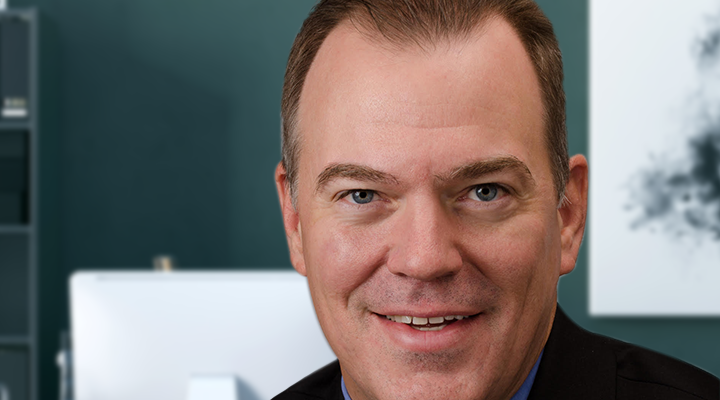 Dr. Randall Gibb began studying for what would become an illustrious lifelong career at the University of Illinois in Champaign/Urbana. He majored in biology and pre-med. He attended medical school at Loyola University Stritch School of Medicine located in Maywood, Illinois, west of the Chicago Loop. Randall took his internship and residency at St Louis University in Obstetrics and Gynecology. He went on to specialize in Gynecologic Oncology at the University of Louisville in Kentucky. He joined the faculty for two years. Leaving the University of Louisville in 2000, Randal joined the Washington University School of Medicine in St Louis as a teacher and professor where he obtained his Associate Professor status.

Randall Gibb endowed Washington University with many new initiatives while he was there. He established and initiated a business model where he was able to open up and manage satellite clinics in St. Louis. To better serve patients, clinic locations were strategically placed so that patients would not have to travel to the main campus in the inner city for treatment. The clinics allowed physicians to perform routine surgery and administer chemotherapy. The more complicated surgical procedures were still performed on the main campus. The clinics enabled better connections and partnerships with physicians, hospitals, and insurance providers, by offering those services in their local community.

In 2006 Randal Gibb and family relocated to Montana and he joined the Billings Clinic. He developed the gynecologic oncology clinic, which specializes in women’s cancer of the reproductive tract. He became the first and only Gynecological Oncologist within a five-state radius.

As the only Gynecologic Oncologist in Montana, Gibb served patients in Montana, Wyoming, the Western Dakotas’, and Eastern Idaho. He provided specialty care services that had not been present in the state. He developed solutions for people to have access to care across Montana and Wyoming.

Before leaving the Billings Clinic in 2019, Gibb expanded the organization adding three physicians and four additional locations as gynecologic oncology clinics. He mirrored the same out-reach clinics across the state. Since Montana has challenging terrain, Randall had strategically aligned with hospitals, their physicians, and their insurance plans. The Billings physicians would fly to a hospital to do surgery one day, and see patients in the outpatient clinic the next. The expansion went on to include clinics in North Dakota, Wyoming, and Montana.

Randall Gibb became the Section Head of the cancer program and eventually became the Chief Medical Officer for Billings Clinic. He was Chief Executive Officer from 2016 until May of 2019. As CEO, Gibb simultaneously earned his masters of healthcare administration from the University of Southern California Sol Price School of Public Policy.

It was more about science and how it interacted with people. My mother was a nurse and a radiology technician. She would always bring home stories about taking care of patients, stories of the hospital and the doctor’s office. I was intrigued by her stories. When I was in college, I wanted to go into biomedical engineering. But, the career would have eliminated human contact. I decided to go into medicine so that I could work with people. Medicine is always evolving and keeps one learning for a lifetime..

I specialize in Gynecologic Oncology. When I was in medical school I was studying with a physician who was a Gynecologic Oncologist where we had patients for a clinical research trial on a new drug called Taxol. The patients were given the medicine and miraculously got better. That stimulated my interest in

this specialty. I also admired the integrity and humanity demonstrated to me by the doctor that I trained with. Another thing is that you can do surgery, and have an office practice, and administer chemotherapy. You could completely care for your patient without having to send them out to anyone else. Lastly, the surgery is the most challenging surgery a doctor could perform. It is for those three reasons that I chose gynecological oncology.

Before you became an administrator, what is your daily routine?

My routine was to be up at 4:30 in the morning to take care of emails and personal things and be at the hospital by six. We did patients rounds from 6-7. You were in surgery at 7:30 on surgery days, and rounds were completed again after surgery. Then you were ready to see new admissions. On office days, you’d start the day at 8. Office hours were from 8-5. A usual week is scheduled for 3 days of operating and two days of clinic each week.

When you look forward in your career, what trends do you see that impact your specialty the most? Would it be for the better or worse? and Why?

We are going to start treating cancer at the genetic level. Personalized medicine will become more prevalent. We will be able to take a type of cancer, look at the genetic make-up and make a genetic cocktail for treatment specific to their cancer. We will see great advancements in reducing or curing cancer.

What do you love about your job? What I love about my job, without a doubt, is the patients. It is getting to know your patients and finding out what is it that they want to accomplish, and what their hopes and dreams are. They share all of that with you. After you get to know them and go on this journey with them, if it takes a turn for the worse, you can console them. Then, set-up a treatment plan to let them do what they want to do. The patients are the best thing about my job.

The greatest accomplishment that I had was opening the largest and only Gynecologic Oncology organization in the state of Montana, Wyoming and a five-state area. That’s pretty big! It is here to stay and has helped thousands of women. It is a good model for other organizations. It has been very positive.

I have been on a number of committees with our national society. I am volunteering my time on a committee for payment reform. We started an effort in Montana to get a unified EMR, (electronic medical record) on a single platform. I have served at the American Medical Association. I was on the independent practice section. We look at physician-owned and run practices. I served on several committees in my younger days looking at how we can improve the care to our patients. My wife leads the effort and we are very active with the Alzheimer’s association locally.

I do yard work. I am one of those people who like to get out in the yard. I also like to go out hiking in the summer and skiing in the winter. They are my ways to release stress.

Where do you see yourself in the next five years?

I have one more good push in me. I’d like to go back and work with patients again. I’d just want to get back to taking great care of patients. I’d like to mentor someone who is younger. I’d like to be the gray haired professor.

Would you consider being a mentor? If so, how would someone contact you?

Oh yea, absolutely! We all need people who we can bounce ideas or suggestions off of. That is a network that just grows. Of course, being a mentor is not always being sure that it is a one-way street. There are times that you are being mentored by the person you are mentoring. It is a rewarding two-way street. I can be contacted by email at randalkgibb@gmail.com