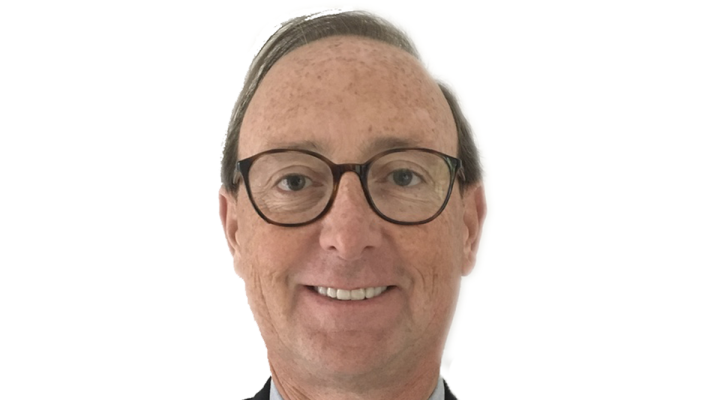 Dr. Patrick Rhoten is a board-certified neurological surgeon who received his medical degree from The Texas Technological University’s School of Medicine in 1991. He completed his neurosurgical residency at the highly rated Cleveland Clinic Foundation in 1997. After completing a post-doctoral basic science research fellowship at Case Western Reserve University, he did a complex spinal surgery and neurotrauma fellowship at the University of South Florida.  Dr. Rhoten started his post-residency career at Kaiser Permanente in Los Angeles, CA, where he was the Head of Neurosurgical Spinal Surgery and the Neurosurgical Director of the brachial plexus and peripheral nerve and the functional neurosurgical programs.  In 1998, he went into private practice at The Cedars-Sinai Medical Center and went on to co-found the Institute of Spinal Disorders there, where he was the founding director of research and education.  That same year, he also co-founded the Southern California Association of Neurological Surgeons in Beverly Hills, CA.  In 2015, Dr. Rhoten moved his family to the San Diego area.

Dr. Rhoten is a recognized leader and innovator in the field of minimally invasive spine surgery. He has also cultivated an expertise in the fields of complex spine surgery and sports neurosurgery, including the management of concussion and sports related traumatic spine injuries.  Dr. Rhoten has published numerous scholarly articles in the fields of spinal and brain disorders and has garnered national recognition for his contributions to the field.

Dr. Rhoten has numerous charitable causes that he espouses.  As an example, he has volunteered his time, with his family, for the Los Angeles food bank.  Additionally, he has been a Neurosurgical Consultant for high school athletes associated with the West Coast Sports Medicine Foundation and the Team to Win Foundation since 2006. Dr. Rhoten was associated with the Team to Win program to provide neurosurgical sports medicine expertise, including concussion, and treatment to low income, at risk student athletes of Los Angeles, the first of its kind in Los Angeles. His participation in high school and collegiate athletics has given him first-hand knowledge of what can occur during sports participation. Dr. Rhoten has also volunteered as a physician advocate for veterans in the San Diego area since 2016 and for the Laughing Pony Rescue Mission, a non-profit rescue center for abused/abandoned horses.  Recently, Dr. Rhoten traveled to Tanzania, in East Africa, on a medical mission to give his surgical expertise to a hospital and its patients.  While there, he trained local surgeons on modern surgical techniques and did numerous surgeries on the local population for a myriad of surgical indications.

Why did you choose to become a Doctor?

Not to sound cliché, but I wanted to help people suffering with problems that they weren’t able to treat themselves with the knowledge that I have specialized in Surgical Neurological cases that cannot be treated without the help of someone such as myself. Personally, I have had several orthopedic accidents happen to me while I was involved in different sports.  I was in awe of the doctors, nurses and other medical staff members when I was being treated for my own injuries, of how the Doctors and Specialists could handle these type of injuries and that helped put me on this path in my own career.

I specialize in neurological surgery involving the brain and spinal cord as well as the spine itself. I am a recognized leader and innovator in minimally invasive spine surgery, as well as complex spine surgery and sports neurosurgery. I have trained surgeons on modern medical techniques and have performed numerous surgeries on the local population in Tanzania for various surgical indications. I have published numerous scholarly articles in the fields of spinal and brain disorders as well as garnered national recognition for those contributions. I chose this speciality when I was in medical school after I witnessed a surgery where a lady had come in and had a blood clot on her brain and she was paralyzed on one side of her body because of this.  As soon as it was removed, she was able to get up and walk around the next day. To me, it was a miracle!  I knew I wanted to work in this field at that moment for the rest of my life. Knowing that I would be able to help someone in that way was enough for me to make that decision without a second thought.

Helping people is what I love best about my job, again, I know it sounds cliché but I enjoy helping people with their problems using the knowledge and expertise that I have been given. Being able to cure and alleviate pain and suffering for them. There was a patient of mine, a fourteen-year-old boy with a blood clot on his brain due to severe head trauma that was in a coma. We were able to remove the blood clot and he came out of his coma almost immediately after the surgery. He was walking around the hospital the next day and on his way home two days later. Those types of cases are the ones that definitely make this all worthwhile for me.

I come home and I spend time with my children.  Taking care of them separates me mentally from the vocational aspect of what I do every day. I help them with their homework or just sit and talk with them about how their day went. Those type of things definitely help me mentally separate from what I’ve done that day as far as my job goes.

How do you unwind after a particularly stressful day?

After I finish putting my children to bed, I relax and read a book, which tends to make for a way to unwind after I have had a stressful day. I’m not really reading anything in particular right now but I read mostly fiction and usually have between four to five books that I am reading at the same time. It varies from spy thrillers to a John Irving novel and everything in between, all kinds of things at once and usually depends on my mood as to what I want to read.

Can you tell us more about your volunteering and charitable causes?

I have worked in numerous charitable causes such as the Los Angeles food bank feeding the homeless and hungry families around the holidays. I’ve taken Christmas presents to families where there were ten people living in one room. I took my son along which was fantastic for him to be able to witness things of that nature. I volunteered my medical expertise to high school athletes in Los Angeles that are low income, and at risk. Doing that for those who participate in high school and collegiate athletics shows what can occur during sports activities.

Since I’ve moved to San Diego I have volunteered as a physician’s advocate for Veterans. There is quite a large number of veterans in the area. I’ve just recently traveled to East Africa on a medical mission as well. These are just a few of the ways that I have volunteered my time and expertise to help those less fortunate.