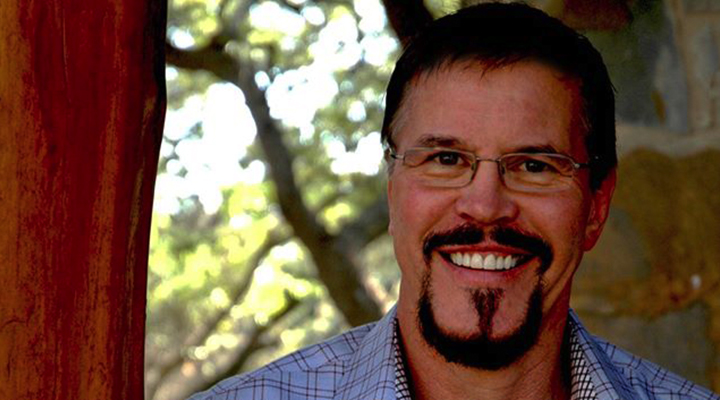 Dr. Lane Sebring is the founder of the Sebring Clinic and Paleo Pharmacy, located in Wimberley, Texas. Dr. Sebring’s facilities are notably located in the midst of a fifteen acre wooded area in between San Antonio and Austin. Due to the location and nature of his clinic, he brings in a lot of patients.

Throughout the course of medical school and into his experience in his residencies, Dr. Lane Sebring gained a growing interest in questioning the traditional methods applied by certain medical practices. There were common “cure-alls” that Sebring would begin to oppose, and because of this he really wanted to start looking at every individual differently than the next. Right around the time Sebring founded his Clinic he came across the Paleo Diet and the ways that this alternative diet could serve as an extremely beneficial treatment for his patients.

Continuing to expand his knowledge and education in the nutritional space, he became involved in the science behind aging. He would eventually serve as a board examiner for the American Academy of Anti-Aging Medicine. Dr. Lane Sebring, in addition to his other innovations, is seen as one of the first physicians to construct his practice around the Paleo Diet. The Paleo Diet is described as a diet based on the Paleolithic period in which humans ate mostly meat, fish, vegetables, and fruit.

Being a medical doctor is something I have always wanted to do from an early age. My father, who passed when I was young, was a diagnostician and studied general surgery.

After going through years of school, and a couple of different residencies, I worked briefly at a primary care clinic owned by a hospital in San Marcos before opening my own private practice. I wanted to start my own private practice simply to have the freedom that you don’t exactly receive working at a clinic through a hospital, although I did enjoy my time there.

I initially wanted them to be in separate locations so people didn’t think I was trying to push it in their face, but it just makes more sense to have them in close proximity to themselves. Eventually I want to build cabins around the property and maybe have people come down for a while, as a health oriented getaway of sorts.

I don’t exactly remember to be honest. I know when I first started my own private practice I briefly worked out of the Wimberley hospital. At one point when the Sebring Clinic was starting up, I also worked two 12 hour shifts over the weekend for Pro-Med in Austin for extra money. Once I had enough clients, I focused solely on the Sebring Clinic, and eventually the Paleo Pharmacy.

Never. More than most things, I am a very tenacious person, and I will get done what needs to be done regardless of the circumstances.

The goal has always been to treat and help people, pretty much since day one, and there have been multiple instances throughout my life where I have been forced to adjust to continue on that path.

In order to make sure the Sebring Clinic could stay standing, and in order to pay for the land it stands on, I had to make many sacrifices and work other jobs as I stated previously. In doing so I almost 100% insured the success of my practice.

The patients I received for my private practice came from flyers I sent out to my patients I had when I was working for the hospital.

I let everyone I treated know that I was beginning my own private practice, so they just came from the primary care clinic I was working at to the Clinic once I opened my location in Wimberley.

Well, most of my business comes out of referrals, but besides that, I attend conferences every now and again, and I find that meeting people there helps generate business at times.

I mentioned earlier that I eventually want to turn the Sebring Clinic and the property around it into a health getaway for people. Trying to determine the best way to make that happen, and decisions of that nature.

Personally, I would say my constant ability to make things work as I alluded to earlier. I think for my practice and the success of my patients, the Paleo Diet has been the greatest tool I could have ever found.

I believe it was the Summer of 1997 where I attended the Boulder Fest conference, which was mostly made up for nutritionists and those practicing alternative methods of treatments. It was there when I heard Loren Cordain lecture about the Paleo Diet. At the end of the conference, everything clicked for me, and things simply made sense.

I immediately started using the Paleo Diet to help people treat their ailments. I attribute most of my Clinic’s success to that conference.

This isn’t to say that without the conference I wouldn’t have been successful, since I was already interested in alternative forms of medicine than what most traditionalists use.

I think attending Boulder Fest would be up there. It is extraordinarily satisfying anytime I help a patient by utilizing the Paleo Diet in after diagnosing their initial problems. Starting the Paleo Pharmacy to give people a kind of one-stop shop was a great moment as well.

I know I mentioned it earlier, but I am really excited to start the process of making this place a health destination for people to come an relax while they receive treatment. I envision putting several 250 square foot log cabins around the Sebring Clinic campus.

I would like them to have nice front porches and hot tubs. People can come down and stay for a week, and they would be able to get physicals and visit draw labs. We would have a classroom where people can learn about Paleo. I would like there to be massage or acupuncture sessions, and we can teach people how to properly take care of themselves.

I am also working on another project. As in all medical fields, there is constant innovation taking place. The idea that there are still cures to be found and people to help gives me a lot of excitement. Finding new ways to treat health concerns is an incredible feeling. An example of this could be Patriot Power Greens, a green drink I have taken a great interest in.

I have seen it help aging adults (and younger people too!) with energy, stamina, as well as other concerns many of those aging tend to run into. It’s made by the Patriot Health Alliance, and those curious should definitely look into it.

I would love to hear from people and answer any questions that anyone has! I have a website, drlanesebring.com, that you can visit. It may have your answer before you ask within the recent blog posts live on the site, but if it doesn’t, you can contact me through the site using the contact form.

What is a good reference point for understanding more about Paleo?

Well, I just started an Instagram account where I am trying to bring a lot of my Paleo thoughts to the social media-sphere, but aside from that I found that the books by Loren Cordain are great places to start! Especially his book “The Paleo Diet” really showcase the basics about Paleo and why it is what humans are supposed to eat.