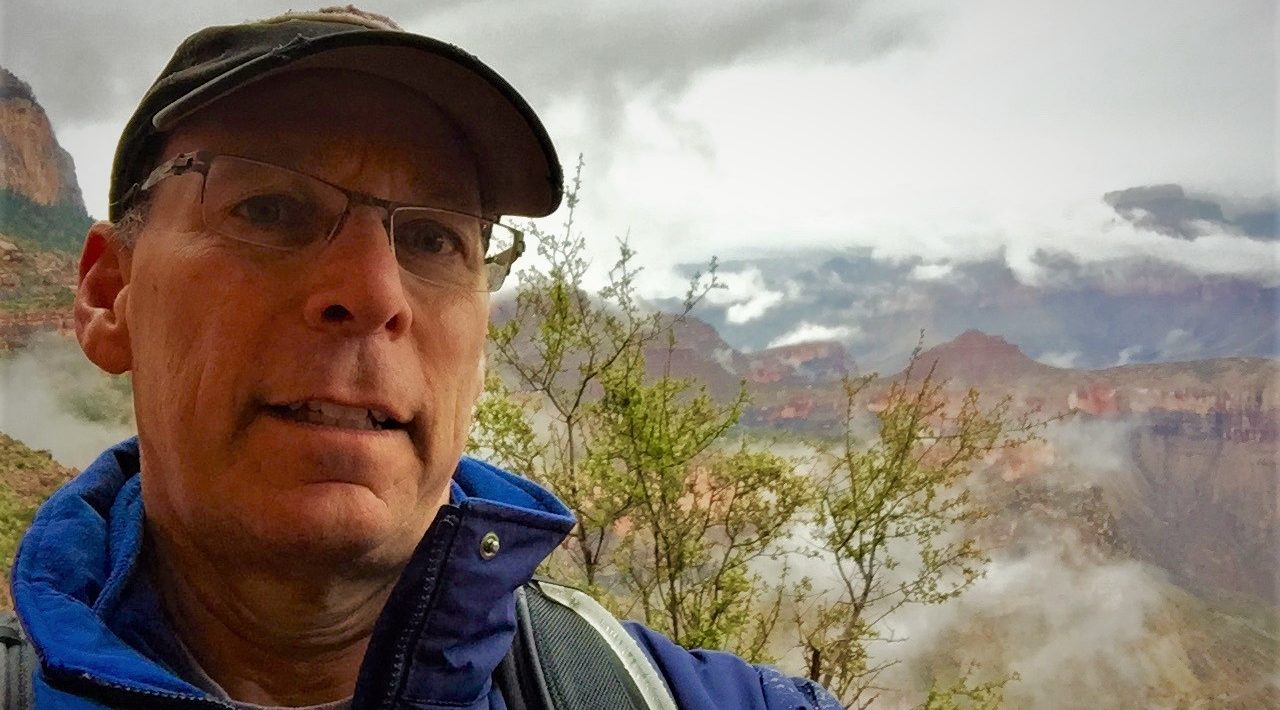 Joel Lavine MD had a lengthy career packed with numerous highlights demonstrating his abilities and significance in his industry. He has concentrated his efforts as an academic physician-scientist on clinical research, clinical treatment, teaching, and program administration. Understanding his achievements at premier medical schools might serve as a motivation or guide for persons of any age attempting to enter into this area.

I initiated my interest in biology at a very early age when my parents bought me a microscope, and I brought home insects to collect and examine when I was 6-7 years old. I even have a framed statement saved by my mother that she gave me when I graduated as valedictorian from UCSD School of Medicine in 1984, stating that “when I grow up, I want to be a doctor because I don’t like sickness.”

It also had a very poor drawing of Mt. Sinai Hospital in Cleveland, where I was born. Moving on, after catching fire to my house on two occasions with the chemistry set my parents provided me in Junior High, I maintained my unextinguished desire to be a doctor.

However, after two years of unsuccessful attempts at medical school acceptance with 20 applications per year, I had to rethink my goals (my GPA was not high enough at UC Berkeley undergrad in Biochemistry).
I worked for a year in an enzyme immunoassay development company in Palo Alto (and received 2 patents in that year), then went to graduate school at UC Santa Barbara to get a Ph.D. in molecular biology and genetics.

I still maintained my intense and life-long interest in medicine, so I applied once again to get into medical school and got in everywhere! A dream come true. Where others struggled to make it through, I found myself blessed every day to pursue my dream.

Choosing a career in academic pediatric medicine as a subspecialist in Gastroenterology/Hepatology and Nutrition was not the best route to becoming financially secure.
By the time I was done with the Ph.D./MD, then going on to do an internship, residency, and fellowship at UCSF, I was already 36 years old. My family thought I would retire before ever having a job.
But my wife and I both worked and supported our two daughters, then a son, while I took on a physician-scientist career as an Assistant Professor at UC San Francisco, then Harvard Medical School. I had to moonlight twice a week, and with raising young children, it was a very hard road.
Fortunately, over decades, my salary increased enough to support my family without moonlighting when I became Chief and Vice-Chair at UC San Diego, the Columbia University.

My salary was always based on a salary. However, it took me until I was 55 years old until the credit cards were paid, my children were through or going through university, and the weddings were on the way. It was a tough road.

As I did a post-doctoral fellowship in the laboratory of Don Ganem and Harold Varmus, both in the Howard Hughes Medical Institute, I was fortunate to learn from the best. Dr. Varmus went on to win the Nobel Prize for his co-discovery of proto-oncogenes (the cause of cancer) and then became head of the NIH from 1992 to 2000.

I started my own lab at UCSF, then became Director of Liver Research at Boston Children’s Hospital. However, funds for financing the laboratory were always difficult, depending on NIH funding which was difficult for newcomers in the field to acquire.

I did wonder how long I could get by on philanthropic funds, corporate gifts, young faculty awards, and start-up funds from the University. Fortunately, I became one of the best-funded NIH researchers in the United States as time went on, allowing me to dedicate myself to clinical and translational research, teaching, administration, and clinical care.

As a lifelong academician starting my career at the University of California, San Francisco, my patients were either inpatients at Moffitt Hospital or outpatients being referred for reasons related to problems with digestion or nutrition. As my sphere of influence grew, patients were often referred to me specifically and often, particularly related to my specific interests developed during my intensive training as part of obtaining my Ph.D. in metabolism, genetics, virology and microbiology.

For every leader in Medicine (and likely every field), the most important notion that I hold is that my faculty and I are there to train them and set them on a path that allows them to achieve or recognize their goals and provide them the opportunity to become a novelty in the field.

In other words, I want to make them one of a kind, not someone who replicates or duplicates what others are doing. That requires finding them training environments that interface with novel disciplines such as engineering, cell biology, genetics, quality assurance, epidemiology, etc.
In most cases, although these fields are foreign to them, their training provides them unique funding opportunities and an otherwise uninhabited niche.

By far, the hardest decision is when to retire, when to pass the baton to others who are deserving and craving opportunity. So, moving back to where my adult children and siblings live in California is very difficult, given my tenure and ability to do what I have loved and love to do forevermore. However, there is a time to pursue other loves and hobbies and enjoy the time left in life to enjoy while you remain able.

First and foremost, it is an innate curiosity about how living things function at an organismal, organ, and cellular level. This was fostered by parents who were respectful, loving, supportive, and patient.
Next, I think it is because I have a wife who allowed me the opportunity to pursue my training and greater support by taking the primary role in rearing and raising our children.
Finally, I think I was successful because I recognized that working for smart people with great ideas who maintained their interest in my achievements and goals was essential to my motivation and attention.

The achievement of which I am most proud is being the sole author of treatment for fatty liver disease (related to obesity), which is the most common cause of chronic liver disease in the developed world today. It is called nonalcoholic steatohepatitis (NASH, for short).
When I came to UC San Diego in 1995, I was deluged with 11-12 year old obese indigenous Mexican-American children who had abnormal liver serum tests done as part of their being tested to attend junior high.
Most were boys. Quite a few had cirrhosis. Given my interest in fatty liver disease and its relationship to oxidative stress (for instance, from sleep apnea or lack of anti-oxidants in their diet), I provided them with natural vitamin E that I bought myself. I thought that natural vitamin E, by virtue of its antioxidant effect, would be of benefit. Indeed it was.
I published that paper in the Journal of Pediatrics in 2000. It has been cited over 800 times. That led to studies that I led or participated in as part of two multi-center national trials funded by the NIH, for which I was a Principal Investigator.
The results of those trials, published for adults in the New England Journal of Medicine in 2010 and for children in the Journal of the American Medical Association, showed that NASH was improved significantly on this supplement (in randomized, controlled studies).
To this day, there are no FDA pharmacologic therapies approved, but the American Gastroenterological Association, the American Association for the Study of Liver Diseases, and the American College of Gastroenterology all state in their Professional Guidelines on NASH that vitamin E is of benefit in those with biopsy-proven NASH.

I am most excited about the emergence of personalized medicine, where knowledge of a particular individual’s genome variants leads to recognition of diagnoses otherwise unknown, therapies that are the best fit, and the probability or possibility that certain symptoms may emerge at some point in the future.

In numerous other diseases, I have found kindreds with rare pediatric diseases, where I recognized that sequencing the genomes of affected family members would lead to an understanding of disease pathogenesis. This is a bedside to bench approach,that allows animal models or cell models to be made in order to test potential new therapies.
I have had success in helping identify the genetic basis of congenital diarrhea, pediatric polyposis syndromes, and defects in bile acid metabolism with this approach.

I have always consulted major medical textbooks to understand the “big picture.” These texts include Harrison’s Textbook of Internal Medicine, Rudolph’s Pediatrics, and Silverman and Roy’s Pediatric Gastroenterology and Nutrition.

Most of my advice relates to how to raise your children. I believe children and adolescents today (and when I was my younger self raising my children) are over-scheduled and put into competitive and anxiety-provoking environments when they should be out playing, relating to children of all ages and genders, finding their own interests, and being allowed more free time.

I think that too much time on phones and computers, too much emphasis on success and achievement, and lack of recognition of their natural curiosities results in later life problems.

In my practice as a pediatric GI, I found many adolescents with chronic abdominal pain, vomiting, diarrhea, and eating disorders were due to stress-related to college entrance exams, honors courses, and competitive sports. As a parent, give your child/adolescent time to find out who they are in their time.

Yes, particularly for those interested in biology and medicine.