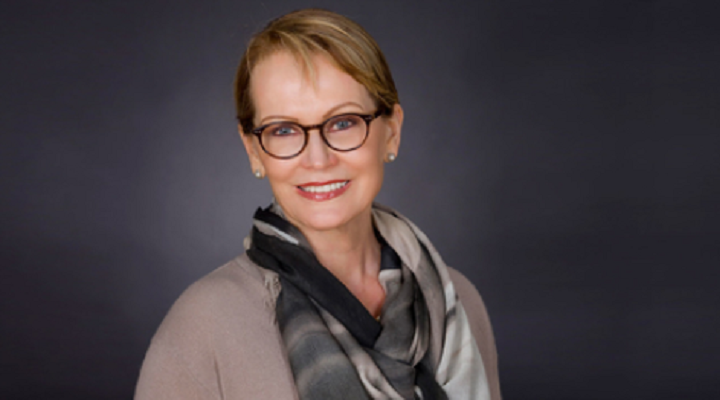 Debra Bailey, Ph.D. is a Clinical Psychologist in private practice in West Hartford, Connecticut.  She worked her way through undergraduate school training and showing Arabian horses, competing in shows throughout the U.S. and Canada.  Despite having established a successful career in the business, after winning a Canadian National Championship and several top ten’s, she had her sights set on college.

Her formal education began at Kent State University in Kent, Ohio, where she obtained a Bachelor of Arts in Psychology.  She was subsequently admitted into their terminal Ph.D. program, where she completed a dual-track or the equivalent of two Ph.D. programs; one in Experimental Psychology focusing on Personality Theory and Social Psychology, and the other in Clinical Psychology, with accompanying qualifying exams in each.  Upon completing her master’s Thesis and qualifying exams for the Ph.D. programs, she moved to Connecticut for her pre-doctoral internship in Clinical Psychology at an American Psychological Association approved psychiatric hospital setting.

She chose this setting because she was interested in learning how to treat people diagnosed with Schizophrenia. This is a severe and complex mental condition that can be extraordinarily disabling and permeates the way a person thinks, feels, and behaves.  She believed that if she could learn how to do psychotherapy with this population, she would be equipped with the skills necessary to work with anyone.

After completing her pre-doctoral internship, she did a post-doctoral fellowship in Clinical Neuropsychology at the Yale-affiliated West Haven Veteran’s Administration Hospital.  Her decision to obtain post-doctoral training in clinical neuropsychology was for the purposes of research, in the interest of integrating her background in clinical and experimental psychology.  She believed in the effectiveness of psychotherapy that historically has been measured through the use of self-report or subjective tests, as opposed to assessment techniques such as neuropsychological tests, which provide an objective measure of brain/behavior relationships.

After working in an inpatient settings for several years, she went on to direct a state-wide mobile crisis program for a number of years, which by her report, is intense and challenging work because it requires you as a clinician to be present, to think on your feet, and to be able to connect with your patients and be with them with what they are going through. Also, according to Dr. Bailey, it requires that you, as a clinician have done your own internal work, as she believes that you can only tolerate feelings in other people that you can tolerate in yourself.

Following her crisis work, she managed a large hospital-affiliated outpatient program that consisted of multiple sites throughout the state of Connecticut, for several years.  Additionally, she has served on several Provider Advisory Committees for managed care companies. She has held teaching and research appointments at several universities, including the Department of Psychology in Psychiatry at he the Cornell University Medical College, Westchester Division in White Plains, New York. In addition, she has published a book chapter and articles in professional journals on the effects of alcohol on aggression.

Most recently, she is working on a book entitled “The Elephant and the Turtle: A Metaphor for the work of Psychotherapy and Personality Change” which she plans to one day complete and publish.  The book describes a theoretical framework for the process of psychotherapy that incorporates the role of humor, play, and creativity in personality change.

Dr. Bailey has been in private practice in West Hartford, Connecticut since 2001.

What inspired you to go into private practice?

I think the move into private practice was a natural next step in my professional development.   I had previously worked in inpatient and outpatient settings both of which I found to be valuable experiences.  But it was always more about getting in the trenches and doing the work that I found most gratifying.  It just seemed like the logical next step career-wise was to go into private practice.   I see older adolescents and adults who struggle with depression, anxiety, bipolar disorder, trauma, stress, self-esteem issues, and relationship problems, and I work with both individuals and couples.

How long did it take for you to grow your business?

I really believe that it takes 2 to 3 years to establish yourself in a busy private practice.  I was fortunate enough to do it in less time simply because I had numerous referrals from other colleagues and professionals in the field with whom I have maintained a relationship. Once I established my patient base, I was happy to see that my patients were referring other patients to me for therapy.  I am also on the Provider panel for various insurance companies and receive referrals from their members.

Additionally, I made several connections when I did crisis work and evaluated patents who were presenting for hospitalization at the local Emergency Department. I am a referral source for individuals who do not meet the criteria for hospitalization but do require follow-up outpatient treatment.

When you were starting out, was there ever a time you doubted if you did the right thing?

No- While I work harder and have longer hours since going into private practice, I make my own schedule and at the end of the day, I wouldn’t trade it for anything.  I will say, however, that working in solo practice can be very isolating and it requires that you seek out colleagues to talk to or belong to a peer supervision group. I have found it to be a good place to exchange ideas and obtain a fresh perspective.

I had been working in the field for so many years, patients who I had previously seen reached out and requested appointments when they learned that I was in independent practice.

The best marketing tool is word of mouth from former patients and other professionals in the field. That has been the largest source of referrals for my client base.  However, a colleague and friend introduced me to a free 3-month trial offer of Psychology Today which I signed up for and continued beyond the trial offer.  I am impressed by the number of people, both the general public and professionals in the same or other disciplines, who utilize the internet site as a resource for finding a provider.

What do you think it is that makes you most successful?

I think I can listen attentively and not impose my own ideas on someone, but rather reflect what has been said in a way that my patients can hear it, sometimes for the first time. Also, I believe that I am a compassionate person. I can convey a sense of value and respect to the people I see. I believe that the therapeutic relationship is the single most important component of the treatment process.  The work is about creating a ‘safe enough’ place to turn one’s attention inward in order to hear the whisper of “thoughts that walk on dove’s feet” and say what comes to mind.

What has been your most satisfying moment in private practice?

I have had many satisfying and meaningful moments since working in this field.  I am especially honored and moved by my patient’s courage and willingness to let me be with them with what they are going through, and to be a part of their growth, and to share the burden of their pain.

What books or literature in the field has most inspired you?

Donald Winnicott is the first author of books in the field who comes to mind.  He was a pediatrician and the first child psychoanalyst in England. He published numerous books, essays, and journal articles including Playing and Reality, Human Nature, Psychoanalytic Explorations, and The Piggle, which is an account of psychoanalytic treatment with a little girl. He saw adult development as an echo of infancy. Adults, he believed had buried inside a felt memory of being mirrored by the primary caretaker, i.e., our mother! When this early experience goes well, he taught, it creates a sense of continuity and security. However, when the parent is unavailable emotionally, it interferes with a child’s ability to connect to the social environment and in developing future relationships.

He introduced the concept of the “good-enough” mother….and his ideas broadened the task of psychotherapists’ to that of a mirror. If one’s needs were unmet in childhood, a trained therapist could provide help to allow a patient’s unrecognized fragile self to emerge.

Largely as a product of Winnicott’s work, psychotherapy is no longer limited to an intellectual exercise. Adults who come to therapy are joined by their therapist to access feelings that, while hidden, can prevent them from attaining adult loving relationships, or cause shame or fear. These feelings, not usually conscious, may be the cause of feeling unlovable or defective. The (not perfect but) ‘good-enough’ therapist can be the healing instrument to transform the deep wounds of early trauma or neglect.  These are changes from Freud’s early theories of defense analysis and are why the “talk” therapies work better than ever.

Actually, I have several, but I’ll try to narrow it down.  There is a book of quotes compiled by 2 residents during their training at Mass General, under the supervision of a well-known psychiatrist by the name of Alvin Semrad.  He frequently made remarks during his interactions with patients during rounds that the residents recorded and later published in a book entitled: “Semrad: The Heart of a Therapist.”   While there are many, my favorite is:

“We are all more simply human than otherwise.”

Another quote that I find quite powerful and moving was written by the poet Maya Angelou.  It reads as follows:

What is a recent purchase you have made that’s helped you with your work with patients?

Actually, it was a new alarm clock because I have frequent requests for very early appointments which I am inclined to accommodate.