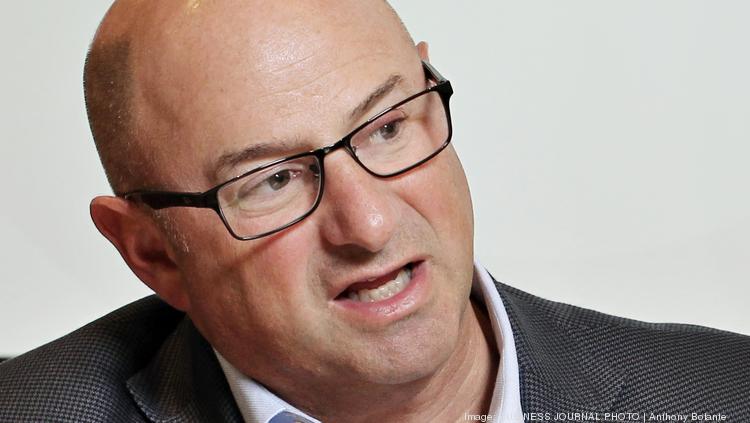 Dr. Clay Siegall is the founder and CEO of Seattle Genetics, a Seattle-based biotech firm that specializes in the development of targeted therapy drugs for disease types that have not seen substantial mortality improvements in decades.

Dr. Siegall holds a B.S. in zoology from The University of Maryland and a Ph.D in genetics from George Washington University.

Since founding Seattle Genetic in 1998, Dr. Siegall has led the firm to the apex of the targeted therapy industry, developing the first FDA-approved antibody drug conjugate, which now has multiple approved indications, as well as developing a robust pipeline of more than 20 drugs and a string of strategic partnerships with drug manufacturers including Bayer, Genentech, Pfizer and many others.

Under Dr. Siegall’s leadership, Seattle Genetics has gone from a tiny startup with just a skeleton crew of researchers to a veritable power player in the cancer research space. And Dr. Siegall has big plans for the company’s future. With an ever expanding list of drugs in the development pipeline and an ever-increasing number of potential indications for the company’s existing drug portfolio, Seattle Genetics is well-positioned to move into the 21st century drug development industry with authority.

Dr. Siegall believes that the old-guard of cancer treatment, namely, systemic chemotherapies, are destined for the historic dustbin. As the value and efficacy of targeted therapies becomes clearer in the decades to come, Dr. Siegall believes that the therapies of old will be supplanted by the far more tolerable and vastly more effective targeted drugs.

Well, a complete answer to that would take an entire day. The executive summary? Let me begin with the first part. I was always interested in medicine, the power of technology and reason to overcome disease, to intervene in nature’s course and restore to health those who fate would have otherwise consigned to death. I first became interested in cancer treatment specifically, actually, while studying zoology at the University of Maryland. A family member got sick and the treatment regimen was just brutal. In fact, they developed severe anemia at one point and almost died, not from the cancer but from the chemotherapy.

I became aware of some of the other treatments, often involving radical surgery and amputation and just said to myself, you know, there has to be a better way. That’s basically how it started.

For the second question, I would be lying if I said money wasn’t part of it, but that certainly wasn’t all. In fact, most of it was just the constraints I was experiencing with Bristol. I didn’t quite have the latitude I wanted, the autonomy on projects, even though I was a senior researcher. There were also the patents, the ownership and profits all kicked back to them. That starts to get at you after a while, especially when you know one of your patents just grossed $80 million last year and you didn’t really see a dime of it, other than your paycheck. But it’s recognition too, it’s just the whole thing. Being your own boss is always preferable.

Ok, so at Seattle Genetics there are a number of ways we make money. The first, obviously, is selling our own, proprietary drugs. Our first FDA-approved antibody drug conjugate, which was actually the first ADC ever approved by the FDA, is currently approved for three indications. We do very well on that drug, ADCetris, and we’ll have exclusivity on that for quite a few years. But we are also earning substantial revenues from production partnerships as well as licensing of technologies and processes that we’ve developed. The thing with getting drugs FDA-approved is that it’s an extremely long and expensive process. So it’s a really great thing when you get a drug approved with a viable market because it can really make you a lot of money. But there is also a ton of risk, I mean huge risk. Only about 1 in 10 candidate drugs are ultimately approved. And the drug makers have to foot the entire bill. So we have other revenue sources that we’re currently doing very well with.

Easiest, non-accountant answer? We became profitable about 10 years after the IPO.

There were a few times in 1999 and 2000 where our operating capital was being depleted where, yeah, it got a little hairy. I’ve always kind of been a workaholic so my default response to financial threats is to batten down the hatches and get back to work. We pulled through it.

It sounds trite but through selling. We have a dynamite sales staff, all of whom have strong backgrounds in biotech and know the product and the business inside out and it’s really important. We brought some really talented salespeople on board in the early 2000’s and they closed some deals. We also have a number of truly great, really totally unique products. So, in a sense, the product goes a long ways towards selling itself. But your sales staff is your public face and probably the most important part of any company, pound for pound.

Hard work. Charles Darwin, the man who first elaborated what we all take for granted today about evolution said in a letter to his cousin, Francis Galton, who later essentially founded psychometrics, that he believed that men didn’t substantially differ in intellect. They only substantially differed in work habits. Having enough passion to work intensely and with great focus is how you succeed. Everything else, IQ, where you went to school, people you know, is secondary.