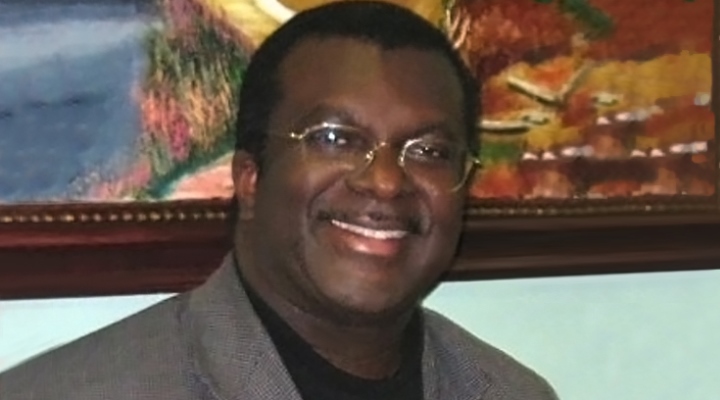 Never one to stray away from learning, Dr. Clarence Clottey has had a very busy career. After he received his Masters of Public Health from Harvard University in 1991, he moved to Canada to be a Medical Officer of Health in Saskatchewan during the mid 1990s. During his years as the MoH, he fought to ban smoking in public places. He then moved to Ontario to become the Director of the Diabetes program for Health Canada.

Dr. Clarence Clottey also worked as Scientific Director for the World Health Organization Collaborating Center on Chronic Disease Policy to set up a Policy Observatory for Chronic Diseases in collaboration with Brazil, Costa Rica, and Canada.

In 2009, Dr. Clarence Clottey received his certification in Family Medicine from the College of Family Physicians of Canada (CCFP), and went on to specialize as a Fellow of the Royal College of Physicians of Canada (FRCPC) in Public Health and Preventive Medicine.  After 2010 he began working as a family physician and a public health and preventive medicine specialist.

How did you get started in this business? What inspired you to become a Doctor?

It was something that always interested me when I was young. My dream was once to be a military doctor, to wear a uniform and treat people who had been on the battlefield. And by the grace of God, I had the gift of excelling academically, so I knew the doors were open for me.

It was the idea that one could be a physician who could help heal people, could help bring people out of pain and suffering, that made me want to pursue a career in medicine.

When you were starting out, was there ever a time you doubted your abilities? If so, how did you handle that?

Not particularly. I never saw the challenges or obstacles thrown in my way as barriers. I would just double down and push through whatever came my way. I’ve always had a personal inner strength and confidence, and a strong faith in prayer, both of which I’ve always fallen back on to overcome any challenges, either academically or personally. I know I’m capable of achieving whatever I set my mind to.

What is a typical day like in the life of Dr. Clarence Clottey?

I usually start work around 9 a.m. or 10 a.m. and I spend my day as a family physician seeing to my patients and providing counselling to anyone who needs it. Then I sit down and try to do some paperwork before I leave work between 5 p.m. and 7:30 p.m., depending on the day. Also depending on the day, I either go to church or head home and watch WWE. Sometimes I go to the gym. I used to play a lot of volleyball before I got injured. It is one of my passions.

How did you get your first patient?

As a medical student you are assigned patients. Even though you are not fully responsible for them, you are still part of a team that works with the medical consultant. My first patient was assigned to me as a medical student in Ghana. However, it was too long ago for me to remember the details of my very first one.

When I was the Medical Officer of Health in Saskatoon during the mid 1990s, I was one of the early public health leaders in Canada who fought to ban smoking in public places. I was going against the culture at the time and I really drew out a lot of opinions and stood out. I believed people in public places should not have to be exposed to secondhand smoke if they didn’t want to be. Because of this, I received my fair share of attacks from opponents, some of the media and even residents calling my house and making threats.

The full ban did not pass at the time, but some small changes to the public smoking bylaws were made.

As I left Saskatchewan to move to Ottawa, an editorial was published about me in the newspaper. It was basically praising me for the work that I had done. The fact that they recognized what I had done, was just so touching. It was satisfying to learn that despite all that I went through, people were able to recognize that I only meant good and I was just trying to do the best that I could to safeguard the health of the public.

What are you most excited about for the future of your career?

I’m looking forward to any new challenges life throws my way, meeting new allies and contributing anything and everything I can to make this world a better place. There are still a lot of people who are hurting and unhealthy. We have many new health challenges coming up with poverty, ignorance, and with all of the misinformation out there on the internet on every topic you can think of. I look forward to contributing to enlightening people about the real, objective, well-rounded science behind medicine, health, and public health.

If you could create a cure for any disease or illness, what would it be? Why?

If I could, I think I would cure hatred. Hatred is a departure from humanity. Humanity’s natural instinct is to be part of a whole and survival is best when we come together. Anything that brings us together is worth promoting for the sake of humanity. Hatred takes us to the extremes of who we are and pushes others away. Hatred says you are very different from somebody else, whether it’s from the colour of someone’s skin, their successes in life, or their religious beliefs. All of that hatred makes us poorer in health and causes illness that stops us from living our best lives.

So, if I could ever find a cure for hatred it would be what I want to give to the rest of the world.

What advice would you give to a student in medical school?

You must know what you want out of life. If you are coming into medicine because you believe that doctors are well off and well paid and that you will achieve some kind of high status by being a doctor, then I think you may be missing a broader perspective on the profession.  If you are looking for something for just yourself, I think you should think very carefully about why you are in medicine. I believe for a doctor to be successful, they have to reach out for the greater good of the people they treat and work with.

They should strive to put themselves into their work and not above it, and to do some self-introspection and self-development while still in school. This way when they are in a position where they can influence the lives of people, they will apply a well-rounded, holistic, and in-depth view of life to their interactions.

In addition to the Bible, I have found many of Shakespeare’s plays to be mirrors into different aspects of life. Many African writers have written books that have resonated with me, including

Things Fall Apart by Chinua Achebe and Tell Freedom by Peter Abrahams. Inquiry into Meaning and Truth by Bertrand Russell is another, as well as The Magic of Thinking Big by David Schwartz.  There have also been all kinds of magazine stories, and stories of everyday life that I’ve read over the years that I found inspiring. I hope to one day write a book myself about my life experiences.

What quote inspires you?

Max Ehrmann’s “Desiderata”. It’s not so much a quote but an old script. That entire piece I think speaks to humanity, and to a balance in life. One sentence in particular is, “Go placidly amid the noise and the haste, and remember what peace there may be in silence.” It’s been very inspiring for me.

What is something that you believe in that others might not agree with?