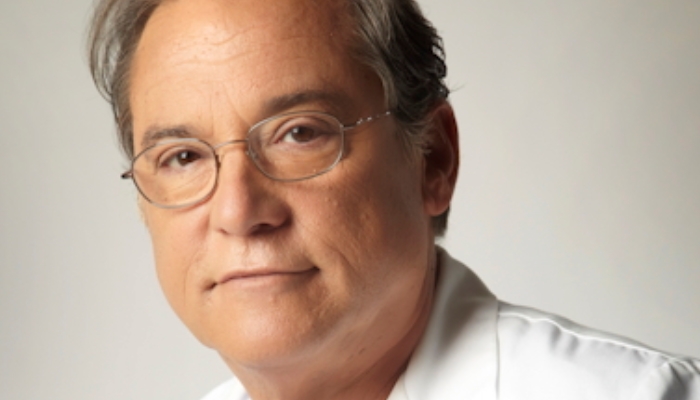 Dr. Barry Friedberg, M.D. continues to practice office-based anesthesia for elective cosmetic surgery. His expertise in the area was recognized when Cambridge University Press commissioned him to write the first ever textbook, ‘Anesthesia in Cosmetic Surgery.’ Published in 2007, this landmark textbook has also been translated into Portuguese in 2009 and recently in 2015 into Mandarin Chinese. ‘Anesthesia in Cosmetic Surgery’ continues to be the only anesthesia textbook to have a brain monitor on its cover and describe levels of sedation and anesthesia with reproducible numbers instead of the more traditional, but imprecise, verbal descriptions.

The utility of propofol ketamine (PK) sedation was recognized by the US military as a safer, more mobile anesthetic that would facilitate non-penetrating soldiers’ wounds at the front. PK does not require an anesthesia machine and large quantities of oxygen for otherwise young, healthy patients. The minimal equipment demands of PK represent a huge advantage in combat situations. Members of the military wrote the chapter PK beyond cosmetic surgery – Uses of PK MAC for Mass Casualty Situations in ‘Anesthesia in Cosmetic Surgery.’ Also in 2007, Friedberg received a Certificate of Special Congressional Recognition from his local US Congressman as thanks for Friedberg’s contribution to safer combat anesthesia.

Friedberg was ‘employed’ by Chestnut Hill Hospital as a rotating medical intern between 1974-1975 and later ‘employed’ as an anesthesia resident or trainee at Stanford University Hospital from 1975 through 1977. Since those points in time, Friedberg has been a self-employed anesthesiologist. He passed the American Board of Anesthesiology exams in 1980 on his first try.

Friedberg is happily married to his wife of 8 years, Shelley Browns. His 38-year old son, David, lives in Japan with his Japanese wife and Friedberg’s two granddaughters. After 8 years, his 31-year old daughter, Ingrid, is re-locating from Honolulu to Portland, Oregon, at the end of March 2017. His ‘hobby’ consists of using social media like Facebook and LinkedIn to spread his YouTube Goldilocks anesthesia lecture.

In January 1991, after my hospital administrator contracted anesthesia services with an anesthesiologist hostile to me, I found myself unemployed. The following year passed with me doing locum tenens at various outpatient surgery centers. I realized if I continued performing anesthesia for patients covered by third-party payers, I did not have an independent practice. Independence was part of what attracted me to medicine in the early 1970s. The advent of managed care in California in the mid-1980s made a physician being his own boss an outmoded concept. During my ten-year hospital practice in addition to giving cardiac anesthesia, I had also given anesthesia for elective plastic surgery patients who were not covered by insurance.

Introduced in 1971, ketamine, while very safe by supporting patients’ breathing and blood pressure, was quickly discarded by most anesthesiologists because of the hallucinations patients frequently experienced. Ketamine for adult patient surgery had largely been discarded by the mid-1970s and negatively viewed by most anesthesiologists, recovery room nurses and patients.

In December 1991, I attended a talk by a plastic surgeon who presented using diazepam (Valium®) sedation given prior to ketamine to avoid hallucinations for office-based, elective cosmetic surgery. I thought the Valium sedation concept was useful but considered the 18-hour half-life of this drug made it an unsatisfactory choice for office-based surgery patients who were expected to return home after their surgery without narcotic requiring pain or postoperative nausea and vomiting (PONV). The newly introduced, minutes-long half-life, propofol (Diprivan®) seemed to be a much better, although far more expensive, alternative to Valium.

In the pre-internet era of 1992, I was frustrated when I tried to learn if hypnosis (sleep) from propofol would protect patients from ketamine hallucinations as well as Valium. However, the idea seemed reasonable. I began a clinical trial of putting patients to sleep with propofol before giving ketamine for them to remain motionless for the local anesthetic injection that regularly precedes cosmetic surgery.

Many years later, I learned the surgeon for whom I started the trial, had been giving Valium-ketamine by himself 15 years earlier. Many, if not most, of the rest of the Newport Beach, CA, plastic surgeons, looked askance and demurred when I proposed PK sedation for their office-based patients. Based on the historic negative perception of ketamine and the cost of proprietary propofol, anesthesiologists to whom I presented my first successful 50 cases to reacted to my work with withering criticism. That very negative reception to PK not only shocked me but also inspired me to continue to record and publish my successful paradigm to eliminate PONV and narcotic requiring treatment of postoperative pain.

My income is generated by giving anesthesia in the office-based setting. I derive no income from the nonprofit Goldilocks Foundation.

Disclaimer: Neither I, nor the foundation, receive financial support from brain monitor makers.

An anesthesia practice is a low overhead, high net medical practice. I have no employees and maintain no bricks and mortar office. ‘Profitability’ has never been an issue.

Yes. During the first 50 cases, I knew the first patient that woke up hallucinating would have meant the concept of substituting propofol for Valium was incorrect, to say nothing of professionally embarrassing. The initial 75mg ketamine dose recommended by the plastic surgeon appeared too high after the first few cases. Although patients did not hallucinate, upon awakening their eyes had horizontal nystagmus or ’twitching’ that I attributed to too much ketamine. Accordingly, I decreased the ketamine dose to 50 mg that resolved that issue. Ever searching for the lowest effective dose, I tried 25mg ketamine, but 20% of patients required an additional 25 mg to remain motionless for the local anesthetic injection. Once patients were asleep from the propofol, there was no ‘downside’ to using the 50mg dose. In 1998, the addition of the bispectral (BIS®) index brain monitor to measure propofol made the PK paradigm numerically reproducible.

Physicians have patients, not ‘customers.’ My patients are generated by the surgeon’s referral for my anesthesia services.

For prospective office-based anesthesia providers, it may be useful to know not all cosmetic surgery is performed by ABMS recognized, plastic surgeons. Cosmetic surgeons may be originally trained in ENT, dermatology, ophthalmology, general or just about any other surgical specialty before turning their practices to cosmetic surgery. One of my former clients was even a cardiac surgeon. Another was a thoracic surgeon.

After 40 years in private practice, I am past the need to look for new surgical clients. For more than a decade now I’ve worked only with a few surgeons and they keep me busy enough.

I am a most blessed physician because there have been no tough decisions I’ve had to make. I attribute that to my old fashioned, patient paid practice. Direct payment for my services frees me from the headaches of the paperwork dealing with government and other insurance payers.

Creating my nonprofit Goldilocks Foundation has been the most satisfying moment. No one can attribute my drive to make brain monitoring a standard of care to a secondary or remunerative gain.

My second book ‘Getting Over Going Under, 5 things you MUST know before anesthesia’ is available for patients to download for free from the foundation web site. The book is designed to help create kind of force for change like that which got fathers into delivery rooms for the births of their children, public awareness leading to public demand.

I believe the demand for better patient outcomes with PONV, postop pain and prolonged postop emergence, along with the demand for most cost-effective anesthesia will lead to more widespread adoption of Friedberg’s Triad: Measure the brain, Preempt the pain, Emetic drugs abstain. By avoiding narcotics or halogenated inhalational agents, PK anesthesia still has the lowest PONV rate in the literature.

Spencer Johnson wrote ‘Who moved my cheese’ about finding one’s sustenance or surviving after a paradigm shift. After being displaced from a hospital-based, insurance remunerated, anesthesia practice to an office-based, patient paid one was without known precedent to me and a very dramatic paradigm shift. Only after founding an international, educational society for office based anesthesia did I learn about other anesthesiologists who had traveled a similar path to mine.

I do not view my anesthesia practice as a ‘business’ but a professional endeavor for the betterment of patient safety and care. In one office, one of the monitors with which I work tends to have some erratic pulse oximetry readings. Bad information about patient’s oxygen status is worse than no information. Bad information makes your surgeon and OR staff believe something is wrong with the patient that simply isn’t true. At a recent meeting, I saw a battery operated, compact Masimo pulse oximeter and purchased one when I got home. It does not have an audible tone. The displayed readings and waveform are more stable than the troublesome monitor, enabling me to reassure everyone in the OR the patient is clinically safe.

Since you’ve been in practice for 40 years this July, when so you think you will retire?

Being able to tell patients they control their anesthetic dose with the number the brain monitor generates means they will know neither too much nor too little propofol will be given is an enormous sense of relief for them and a point of pride for me. Also, being able to tell patients the use of the 50mg ketamine means they will not be hurt on the operating table is a powerful message that alleviates many patients’ fears as well. I derive incredible pleasure from telling patients that their day of surgery will not be the day of greatest discomfort. Sometime between 12 and 24 hours, their brains will tell them that surgery has been done but in the meantime, healing takes place. The pleasure I derive from my practice makes retirement more a punishment than a reward. I plan to continue working for as long as my presently decent health continues and surgeons continue to request my services.